We now all have routers at home to provide us with broadband services. Outside the home, we largely rely on mobile data. This brings a couple of problems. Unless you have an unlimited data package, you can burn through your allowance quickly. And unlimited data can be either costly or not as unlimited as you think.

But, quite curiously, data only contracts tend to be quite a bit cheaper than combined phone/text/data options. Put a data only SIM card in the hotspot, and you have a cheap and effective way to use 4G mobile data on not just your smartphone, but on up to 10 or more devices. It’s an especially effective strategy if you’re overseas or out of your usual carrier’s coverage zones. The kids can play games or watch movies, an you can work or keep up to date with social media. Best of all, you’re doing it all with a Wi-Fi connection, which is much easier on your own smartphone battery than mobile data is. The hotspot is doing all the heavy lifting, and providing some great added benefits.

Despite this, mobile hotspots are still a criminally underrated device. They take enormous pressure of both battery life and data contract charges when out of Wi-Fi range or on a long trip with family. Although most aren’t packed with the kind of feature list you’ll see on a smartphone, it’s only because it isn’t really necessary to have them.

They also cost relatively little in comparison to the cost of many smartphones. A good example is the ZTE Velocity which is currently available for just $59. But is it any good? We passed the device over to our team of hotspot testers to see what they thought. 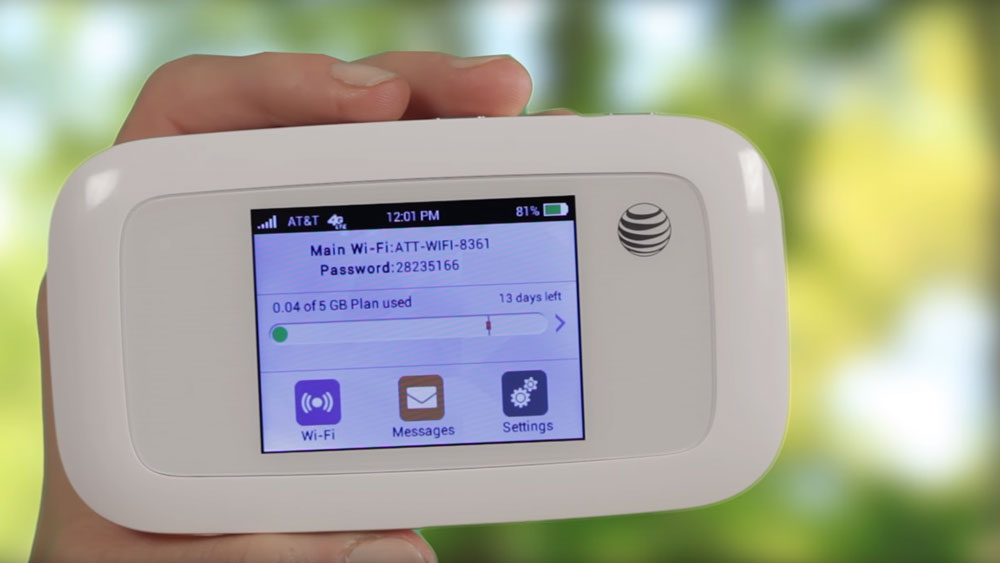 The fact is that hotspots aren’t so much about what they have as how they use it.

Although considered a budget mobile hotspot, the ZTE Velocity, on paper at least, seems to be well stacked in terms of the features it has. It’s often a case of wondering what much more expensive hotspots have over budget models, given they all do basically the same thing. In the end, what it comes down to is performance. The list of features on mobile hotspots doesn’t actually vary too much between devices, regardless of costs. What differs is the quality of the components involved, and the Velocity actually has a very decent spec for the price.

The Velocity is easy to set up, and easy to use. After the initial setup, unless you want to change something, you never need enter the settings ever again.

As hotspot devices go, it’s simple and effective, and is a valuable tool for anybody who travels regularly. It’s also an incredibly inexpensive way of keeping the family connected whilst on vacation, whilst also being able to control access.

The ZTE Velocity is available for just $59, brand new and fully unlocked. 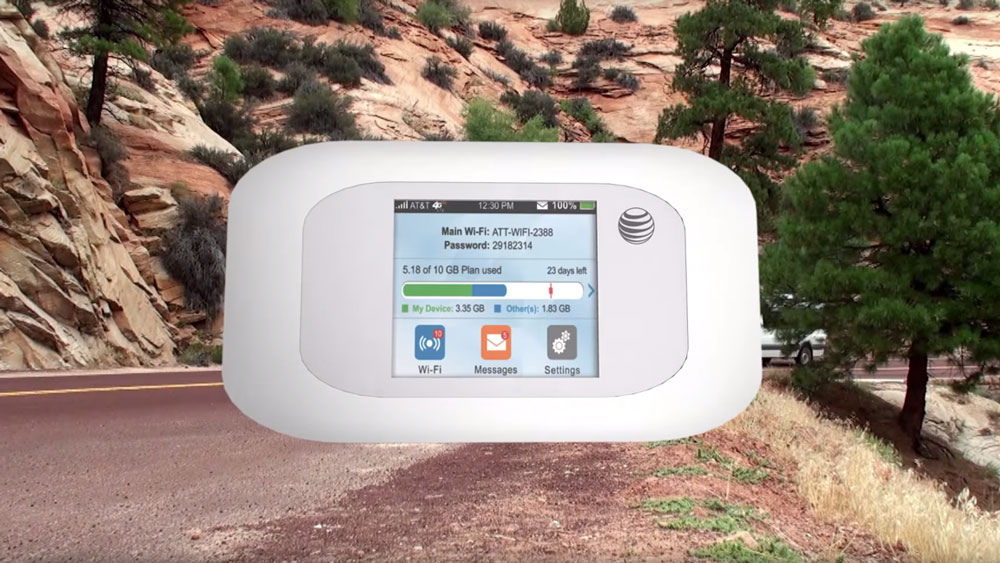 Let’s face it, mobile hotspots are pretty basic looking plastic boxes. However, the ZTE Velocity does have one or two things in its favor. The touchscreen is a decent size at 2.4″, and goes beyond the size of most hotspots. The Velocity is also surprisingly slim. Again, many hotspots are a little thicker, and it’s nice to have something which fits easily in any pocket or purse.

The Velocity also feels very sturdy. It isn’t heavy, by any stretch, but it has a really solid quality to it. Being the kind of device which is liable to just be thrown into a bag and sit there for months, potentially, this is important. It isn’t a rugged device, of course, but it does feel like it has a chance of working every time you realize you need it. 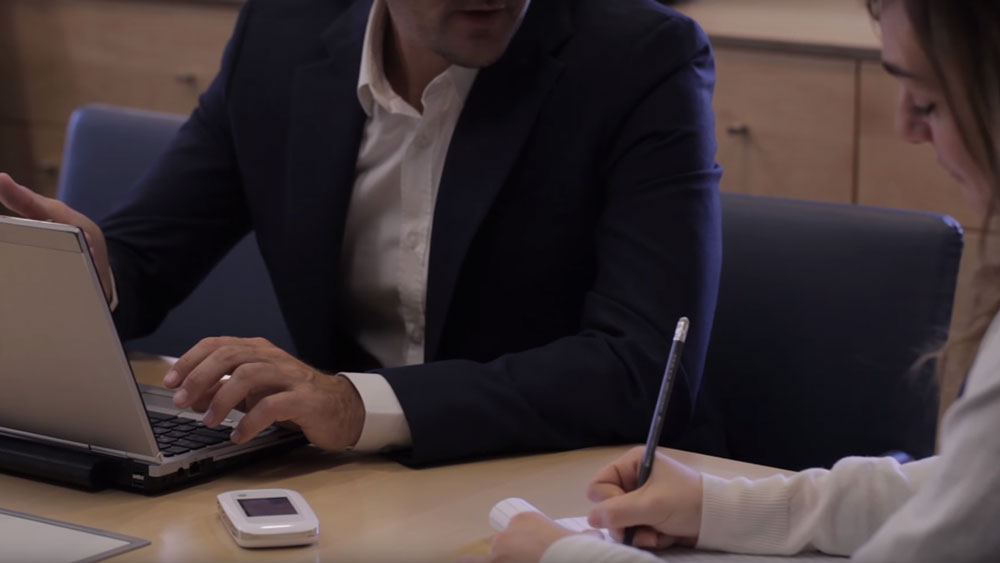 You can do the initial setup for the Velocity quite easily on the 2.4″ color touchscreen on the hotspot itself. Unless you need to start doing some more complex setup tasks, which you rarely will, this will usually be enough. You don’t need to use a web browser, but the option is available if necessary. We had the device set up and ready to go in less than 5 minutes. To then add a guest account took another 2 minutes. All through the touchscreen.

The display itself will show the signal strength, battery charge, how much data you’ve used and how many connections are open. You don’t really need too much more than that.

If devices were priced on how easy they are to get going with, the ZTE Velocity would cost a lot more than it does. It’s simplicity itself. 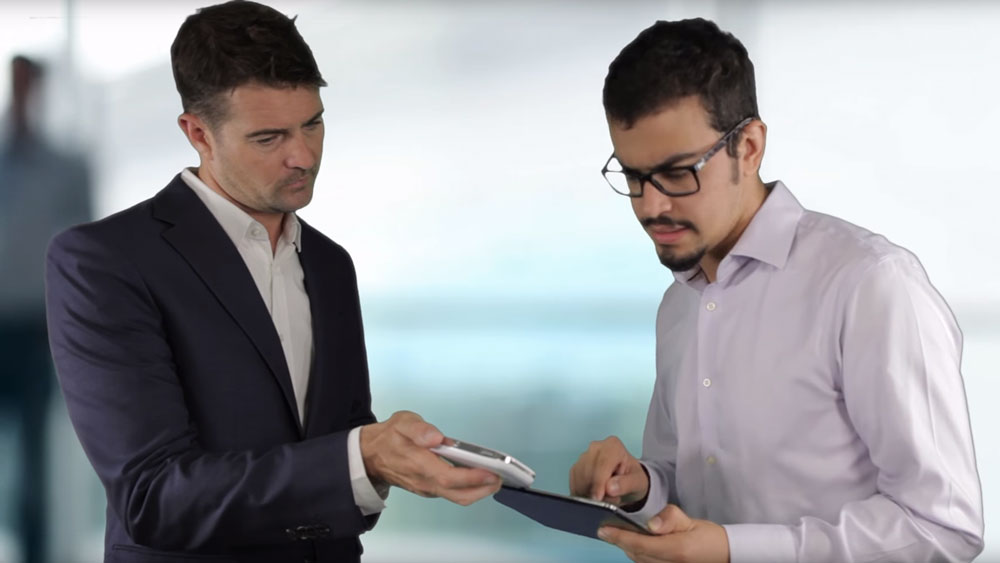 The crux of any mobile device is how well it does the job it was designed to do. Leaving aside everything else, the data transfer from the Velocity is remarkably good. Being 4G capable, the Velocity is reliant on the quality of the connection to the nearest cell tower. After that it is entirely reliant on its own WiFi performance to incoming data to each connected device.

Fortunately, the Velocity does a great job in both cases. As long as you have a decent network connection, and the network provides decent 4G speeds, you should be fine. At least up to a point. The fastest WiFi speed available on the Velocity is 802.11 n. This means no ac speeds for real power users. However, it’s still plenty to stream even the most demanding movies. 802.11 n WiFi is many times faster than real-world 4G. Although 4G has a high theoretical speed, networks rarely provide speeds above 50Mbps, and even this is only in very short bursts. The actual average 4G speed from US networks is about 16Mbps. This is about half of the average 4G speeds in most of Europe. Even at its worst, 802.11 n WiFi will provide 54Mbps and, at its best, 600Mbps.

In practical terms, the WiFi will always outrun the data. The only drawback in performance specs is that fact that the Velocity runs a sort of Dual Band-lite WiFi setup. It can handle both the 2.4GHz and 5GHz bands, but not at the same time. So, if you have a single device connected which can only run at 2,4GHz, the rest need to do so as well. This isn’t ideal but, as more and more devices support the 5Ghz band every day, it does add some future-proofing.

A Word About Security 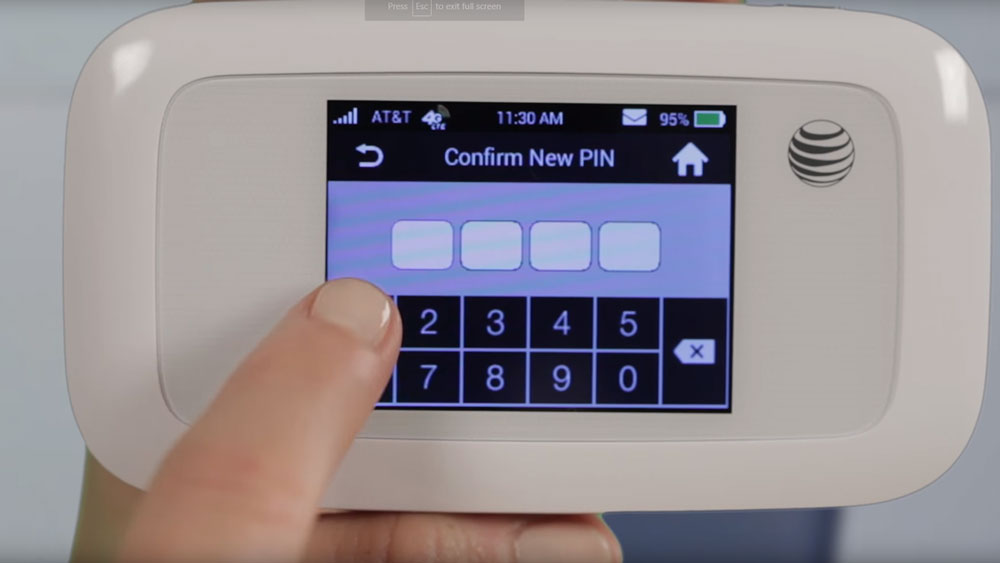 Setting up a password on the ZTE Velocity is easy. Changing it afterwards is just as simple. Single-time guest access is also really easy to do. The password for guest access can be a random sequence, and expires immediately on first use. This means password sharing is impossible, and allows just one connection period. After that, reconnecting requires a new password.

We do wish that guest access could be time limited, and that filters could be applied to both guest and non-guest access. However, those tend to be features for devices higher up the price charts. Nonetheless, for the price, the Velocity handles security pretty well. 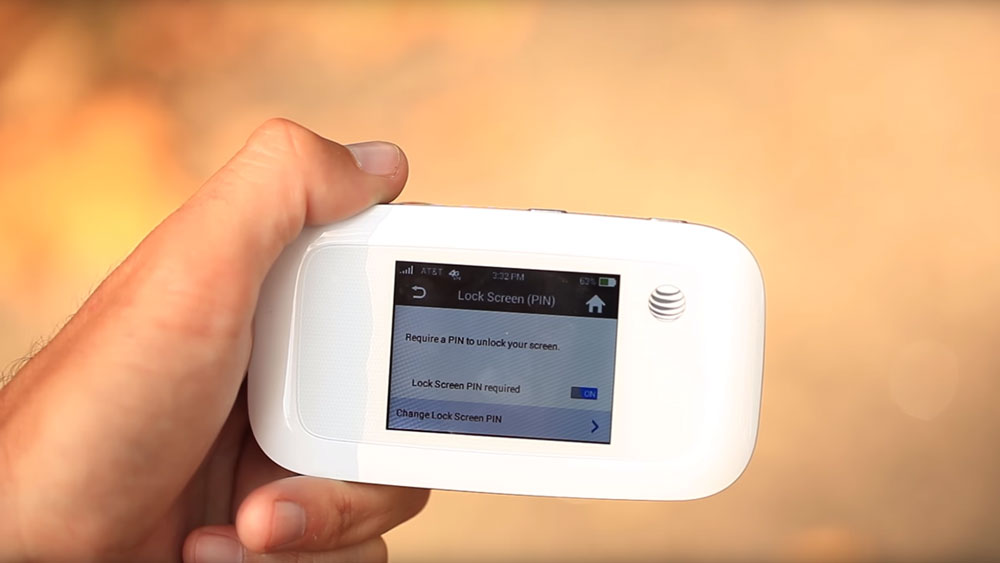 Although there might be one or two omissions on the ZTE Velocity which do expose it as a budget mobile hotspot, a little, they’re not deal breakers. These are the lack of simultaneous dual band WiFi, and limited – if still very effective – guest security options. For most users, these will never rear their heads at all, so we’re really only taking about true power users needs.

We found the speed and reliability to be excellent with 2 or 3 phones connected to the Velocity. After that, we did start to see some slowdown and some stuttering on HD movies, but this is mostly down to the limits of 4G and the network provider, than anything else. For 7 devices all running social media or web browsing, though, we didn’t experience any slowdown at all. Overall, we have to say we were pleasantly surprised with how good the Velocity is.

For the price, it’s unlikely you’ll find anything better. 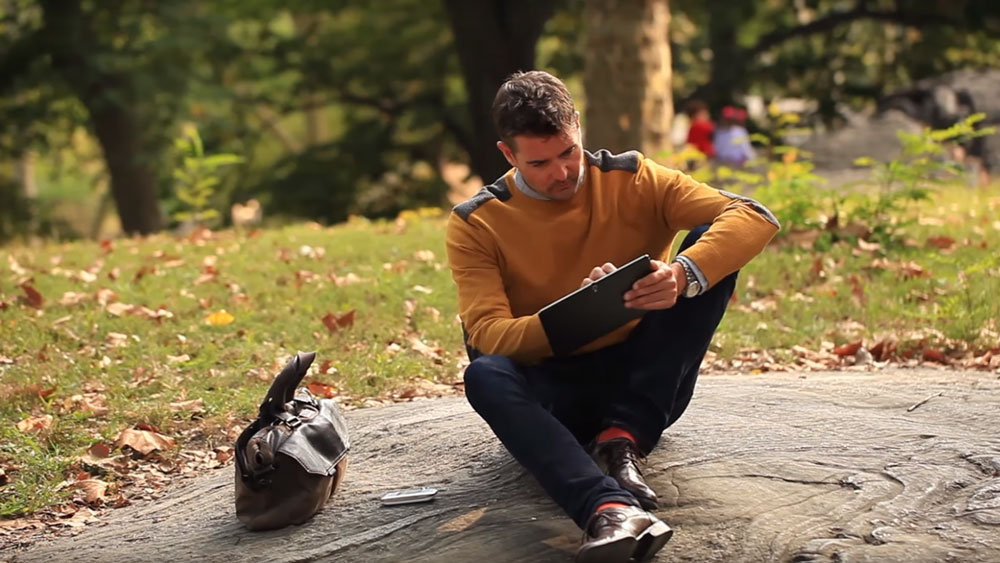 “This is a great, simple product”

“Easy to set up. Easy to use. It works great, and allows me WiFi wherever I go.”

“I love it, you can connect to the internet any place where there is cellular service”

“It worked well. No problems, decent battery life, (easily one day and almost 2) easy to reload with additional data”

“Range is not great, but price was better than expected, and the overall trade-off is positive”