Wireless Range Extenders are increasingly common. Hotels and other large buildings frequently use them to relay a network signal throughout the premises. They are also very useful in your home if you have dead spots or weak signals in some areas.

There are two types of extenders. The first looks like a standard wireless router, and the second is a more discreet type which plugs directly into a power outlet. The second type may also allow other appliances or devices to be powered via a pass through socket on the front.

As the specifications of routers get ever more complex, thankfully the manufacturers make them easier to set up. Here we will take a look at some of the best wireless range extenders. All the devices here are dual-band 2.4GHz and 5GHz for best performance and speed.

No, it isn’t a typo, the Netgear EX3700 really is only $40. Although not the fastest extender available, for those with fairly basic needs, it’s hard to beat. As well as being Wireless-AC compatible, there is an ethernet port. This allows you to create a separate network for visitors, totally separate from the main network. The EX3700 is of the plugin type, so it is very discreet wherever you install it.

The 750Mbps speed doesn’t reach the heights of many in this list, but the simplicity and price make the EX3700 a sound choice. 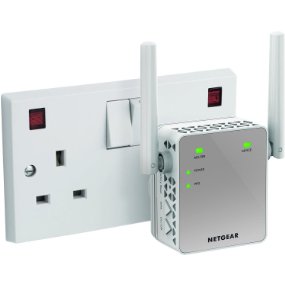 Linksys have been making routers and other communications equipment for 30 years. As well as 4 ethernet ports so it can be used as a wired access point, the RE6500 has an impressive 1200Mbps total throughput speed. The RE6500 looks very similar to a standard router, but does have a neat trick up its sleeve.

The extender has an audio output socket. This means you can attach speakers and stream music from any computer or mobile device. It might not sound like much, but installing a speaker network is usually quite expensive. Having it on the RE6500 makes it a much more affordable option. All in all, the Linksys RE6500 is an excellent choice. 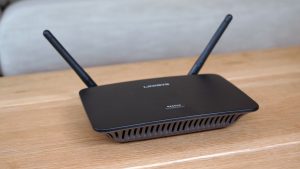 The DAP-1650 is better looking than most wireless range extenders. In fact, it’s not dissimilar to an Amazon Echo, and much nicer than Google Home. But, of course, it isn’t an ornament or piece of art. God job, then, that it performs really well as a range extender.

As well as demonstrating excellent speeds on the 5GHz band, it performs solidly on 2.4GHz. It also has an inbuilt media server which means you can stream video and audio all around your home easily. It’s all a breeze to set up and use. The D-Link DAP-1650 is a great looking device at a great price. 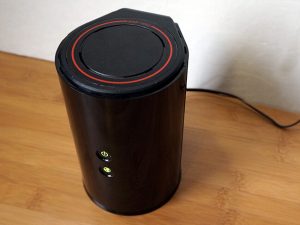 TP-Link are another maker who have been around for a long time. With the RE350, you don’t get the fastest speeds, despite the AC1200 advertised speed. What you do get, though, is a range which outdoes just about every other extender we’ve seen. With some extenders, as you get further from the device, the speed can drop. With the RE350 we didn’t see anywhere near as much of a drop as on others. Although admittedly middling at short range, at longer ranges it performed admirably.

The TP-Link RE350 might struggle with some of the bigger hitters out there but, dollar for dollar it is an excellent option.

Against the rest of this list, the Nighthawk X4 is expensive, but it earns its money. By using a Multi-User throughput setup, each device gets its own dedicated slice of bandwidth instead of fighting with every other device on the network. It also uses a technology called beamforming which sends data direct to the device requesting it. Usually, any wireless signal is just sort of lobbed into the air and whoever wants it can grab it. With the Nighthawk, however, the device that asks for the data gets it sent specifically.

All this makes for a superior network experience. The Netgear Nighthawk X4 may seem big on price, but it’s huge on performance. Despite the price, it still comes out on top in this comparison. 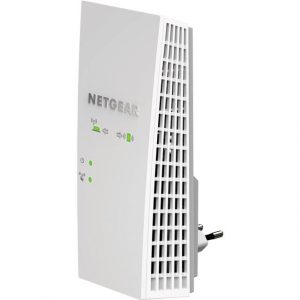