Will The Galaxy X Become A Reality? 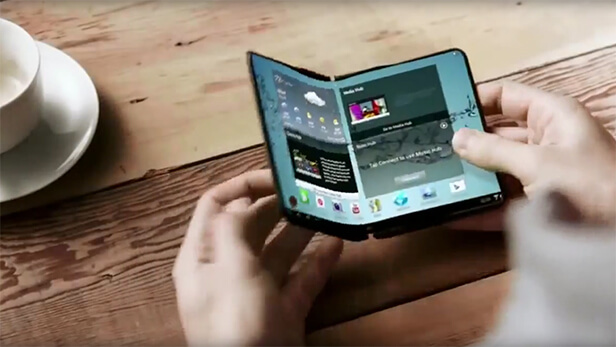 In case you haven’t been paying attention, for a few years now scientists and tech companies have been trying to produce a practical, mass-application flexible display. They even produced several prototypes. That includes displays that resemble paper or which can be bent double. But none made it to a consumer product as yet. But Samsung may be about to change all that.

For about 6 years or so, rumors of a Samsung bendable have been rife. As there were concept devices produced, an actual product release looks ever more likely over the past year. But it looked like hopes of a proper release may have been dashed when the S8 and Note 8 were released without any further details of what had been code-named Galaxy X. When you see “leaks” in the technology press, they’re rarely leaks at all. It is all more likely to be company execs testing the water by getting journalists to release details and, sometimes, even pictures. With the Galaxy X, though, information dried up very suddenly and just about completely.

Until, that is, a couple of months ago, when a senior exec in Samsung’s mobile division stated on the record that a bendable device would be launched in 2018. This seems to follow the awarding of 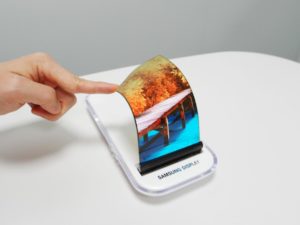 a glut of patents in Korea. Which, with a little imagination, could all be attributed to brand new, fold-able device. Surprisingly, though, actual verifiable details are still thin on the ground.

We don’t know what format the Galaxy X will be, other than it is almost certain to be Note-like, rather than the smaller size of the S range. There have been concept devices that fold like a book but open to create a single display. Or, ones with built in stands and more. But, in all, honesty, at this point we’re all really just guessing. Probably the only thing we can be assured of is that Samsung will pack with the highest level of technology possible. Especially given the fact that brand new technology will be dictating much of what happens.

A 4K display is probably too optimistic. But a high quality, 1080p Super AMOLED display is certainly a very real possibility. It is likely that the case design will be sufficient to house all the components of the Note 8, being in a hinged format. This may well be why Samsung are starting with a phablet device. To give it a little more room to work with before trying to cram the same technology into smaller smartphones.

The smart-ish money is on a Q2 release in 2018. That means we may see the Galaxy X a month or two later than Samsung’s usual release schedule of early Spring. It’s also believed that the initial run will be of a very limited scope. There are talks of 100,000 units being available at launch. Our own theory is that the limited run will be something akin to a Beta testing program. That way they can control problems more easily. This is in stark contrast to the battery fire problems of the Note 7. That issue caused them to withdraw the device entirely. The record sales for the Note 8 has given Samsung 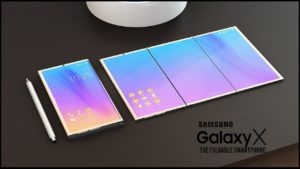 some confidence that the market is ready for the Galaxy X.

Price wise, nobody is even trying to guess at what level it will be pitched. It is, though, probably safe to say that it won’t be cheap. The Galaxy S8 retails at a much lower price than the iPhone X. It has given Samsung serious bragging rights seeing as how the S8 outdoes the iPhone X in almost every baseline technical department. Yet Samsung are unlikely to try and match the S8 or Note 8 price points. A hefty premium is likely to be attached if only due to the initial costs of producing the flexible display.

Hopes are high that the Galaxy X will, indeed, see the light of day in 2018. But we’ve been here before with smartphones over the last 10 years, and none have been quite so groundbreaking since the original iPhone was launched. A policy of hurry up and wait is the best we can all do.