Actually, it’s a good question that has two answers.

If we take it as a “whether you like it or not” question, then law enforcement are the only people with the right to access your data. However, as we saw with the iPhone incident, them actually getting it is partly up to the manufacturer or app developer. As an example, WhatsApp encrypts everything from end to end. This makes it impossible for it to be intercepted and read. Governments and law enforcement agencies hate this, of course, but there’s little they can do.

Cynics amongst users of WhatsApp and other encrypted app point to one simple fact. That governments have always routinely overstepped their allowed limits in order to spy on US citizens. Had they not done so, it’s possible that people would be a bit more relaxed about it. Possible, but probably not likely, if we’re honest. 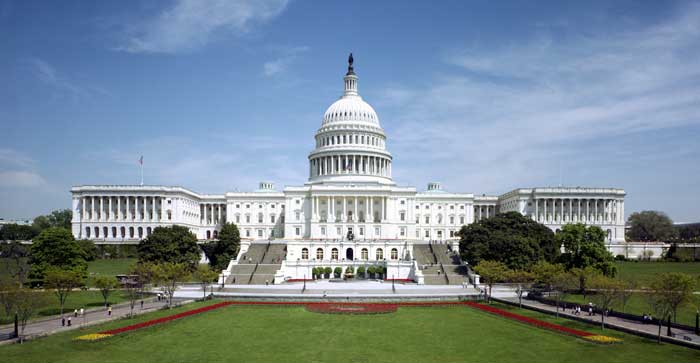 Even then, it requires a court order to grant permission for any agency to read your data. Or so you’d hope. Sadly, monitoring phone calls, texts and app use is pretty standard the world over. It doesn’t necessarily mean the information can be used in that form, but it’s still monitored.

Your location is a little different. Even if you turn off location services for Facebook, maps etc, you still can’t hide. Your phone pings cell towers constantly, and the phone company can establish your location pretty accurately. By using your 3 nearest towers, your position can be obtained to within about 150 feet or so. But only in ideal conditions. What if your nearest tower is down, or you’re in a rural area where the nearest network entry point is 10 miles away? The fact is that your call will be routed however the network deems it best, so your location can only be guaranteed to within about a 20 mile radius with any certainty. After that, it takes a few leaps of faith to get any closer.

The police make around 1 million requests to the phone companies every year, for location data. These turn up in court cases on a regular basis to put someone at the scene of a crime. They don’t need your permission, just a friendly judge to sign the warrant. It used to be that they could just seize your phone and inspect the location data that way. In 2014, though, the US Supreme Court made warrants mandatory as the phone is personal property.

You’d be mad just to hand over every aspect of your daily life to anybody. Even worse handing it over to companies who will profit handsomely from selling it on. But that’s what many of us do every day. When Mark Zuckerberg appeared before a senate committee to admit wrongdoings by Facebook in how they handled personal data of its members, anybody who knows how apps work wasn’t fooled. Zuckerberg admitted to “mistakes” when, in reality, his only mistake was failing to get away with it indefinitely.

Every day, we sign our routine, location and everything else over to the makers of the apps we use. Many apps now just won’t work without location services being active, or without giving permission for access to the camera, phone book, call records texts and more. So what do we do? Well, we want the app so we agree.

By giving permission you are, effectively, signing away your right to complain when the app maker uses it for their own means and gains. Does that make it right? No, but you have chosen to do it, so it makes it legal. The European Union have recently demanded that all online services who hold data on individuals, even if it’s just a name and address, must re-confirm permission to hold the details. This has led to many people refusing to grant that permission. People have been receiving emails from online businesses they have long forgotten about. If you bought something online in 2002, that company is now asking for permission to carry on holding your details. Who knows what they’ve done with the information in the last 16 years?

In the US, there is no such safeguard in place. We give permission implicitly in most cases, and have no easy way to rescind it.

If you have a Gmail account, or a Google account for other uses, you’ve already lost. Google monitors everything about you. That great feature they offer, of finding your phone if you lose it? Try it out in your Google account. You will see that they have your movements tracked since the first time you logged in on that particular phone.

You want to use Google Maps? They will need to know where you are, and you will happily tell them. But it isn’t just maps, it’s EVERYTHING. Contacts, calendar, maps, YouYube, Gmail, the music you listen to, and more. If you want to know just how much Google has on you, you can check online. Google don’t make it easy to find that link organically, but now you have it, use it.

We’re not trying to make you paranoid, and we’re not saying that all your data is being misused. But some of it is, and will be unless you do something about it. Check your apps, and turn off the permissions that it really doesn’t need. If you don’t need location services, turn them off altogether. Otherwise, disable them app by app.

Your online history is worth money, but not to you.