Celebrities use iPhones. There, we said it.

But why do we see so few celebs using Android phones? After all, the Galaxy S series from Samsung is every bit as good, if not better than its equivalent iPhone. Apple have, for years, been dressing up average hardware specs in a new suit and selling it at a premium. Take Retina displays, for example. What exactly is “retina”? Well, it’s a non-standard for smartphone displays, touted by Apple as something special. Basically, though, they just made it up to sell phones. And yet, despite this and other limitations, you will rarely see a celebrity without an iPhone in their hand. 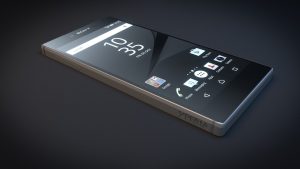 When you see a star in public with a phone in their hand, it will usually be an iPhone. The paradox is that, in almost every example of on screen use up until the last 2 or 3 years, it will have been something else. House of Cards had Kevin Spacey, Robin Wright and the rest using Nokia (later Microsoft) Lumia phones through the first 3 seasons at least. For many shows and movies, the dominant manufacturer of the time would be most likely to make an appearance. This might, at one time or another, been Motorola, Nokia, Samsung or something else. But it wouldn’t have been an iPhone.

Product placement is an art in itself, and an expensive one at that. For any product, producers will demand a hefty fee. For some products it’s worth it to gain the exposure, for others, it’s simply a waste of time and money. James Bond, in the shape of Daniel Craig, used a Sony Xperia Z5, Iron Man used an LG with a swiveling display on top. The problem is that these are simply paid advertisements by any other name.

The Luxury of iPhones

An iPhone, or at least with the most recent models, is expensive. But is it actually a luxury item? Well it depends how you define “luxury”. Really, a better word than luxury would be iconic. There’s no denying, even by the most ardent Apple hater, that the brand is truly iconic. Luxury implies exclusive and expensive. Although Apple products certainly qualify as expensive, exclusive? hardly. If they were exclusive, they would still be a niche brand, not a global electronics leader. 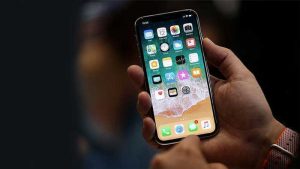 This brings us back to why many celebrities choose to use an iPhone in their personal life. People in any industry that requires them to have a separate personality for work will often have an ego to match. Apple also has an ego, both as a company and as individual products. In reality, an iPhone is really the only brand for those who believe themselves to be icons, rightly or wrongly.

Android devices, in stark contrast to Apple products, are available for a wide range of prices. When you can buy an Android phone for $100, it doesn’t carry the same cachet or prestige as one costing $1000. You can argue about relative values, but that’s how the human brain works. If we see something “expensive”, we broadly assume it to be “better”. Because Android devices can be inexpensive, they are often seen as cheap. This is in spite of the high end flagship models costing $800.

And celebrities still use iPhones.

Well, okay, it isn’t. In fact, Android has around 82% of the mobile operating system marketplace. iOS has around 17%, with the remaining bits still shared between Windows, Blackberry and one or two proprietary systems. And yet, the iPhone is still THE smartphone to end all smartphones. So why is that? Well, on pure sales, iPhones usually outsell equivalent Android devices individually. Samsung sell a ton more overall, but they are producers of a lot of devices so that’s to be expected.

And yet, still, it’s all about the iPhone. Remember the iCloud hack, where personal images and videos of hundreds of public figures were subject to a massive leak? Most people involved didn’t skip a beat. They simply went on posting selfies and saving them to iCloud like nothing had happened. If any other service had such a leak, it may well have been the end for them. For Apple, it was just another day. A day where any embarrassment lasted about a half hour.

And celebrities carried on using iPhones.

Now that we’ve established that them iPhone is just about the only game in (tinsel) town who, exactly, uses what device?

Most world leaders, as it happens, have long used Blackberrys or adapted iPhones and Samsungs. One issue with Android and iOS – despite what Apple will say – is the potential for hacking the OS. Blackberrys have encryption from end to end, which makes them ideal for sensitive information. Now though, with Blackberry circling the drain, security services have had to look elsewhere. Bespoke security software on other smartphones is now the order of the day. Whether an iPhone or a Galaxy S, models used by people like Donald Trump are locked down versions of the devices we all have. 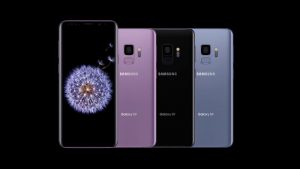 With celebrities, it’s a little different. For iPhones, you can look at Kim Kardashian, Miley Cyrus, Justin Bieber, Samuel L Jackson and more. Singer John Legend is even reported to record demos on his iPhone.

Perhaps a little surprisingly, despite being a little thinner on the ground, Samsung have gotten their phones into the hands of some of the cooler kids on the block. Jay Z, LeBron and Harry Potter author J.K. Rowling all use Galaxys of one kind or another.

Kim Jong Un uses an HTC phone, and Vladimir Putin has a custom made smartphone, despite regularly claiming that he doesn’t own a phone at all. In fact, what we see in terms of smartphone ownership does seem to follow a geographic trend. Almost all pop and rock stars in Korea, for example, use Samsungs. So could this be why iPhones do so well with US stars?

Let’s face it, that “Designed in California” stamp they used to put on may have had an effect. California, for all it’s often odd political decisions, is still seen as the home of hippies and cool. And, of course, there’s little quite so hip nor cool as an iPhone.