There’s been a debate raging for a while now about Apple and it’s range of devices. From being innovators back in 2007 with the original iPhone and it’s associated App Store, they now seem to have fallen some way behind others in the innovation race. It can be said that innovation in the smartphone development world has slowed recently, of course. However, for some time Apple seem to have been content to sit back and do, well, not much of it.

But what does 2018 mean for Apple? What are we likely to see in its smartphone line and, probably just as crucially, what can we expect from the company in years to come? 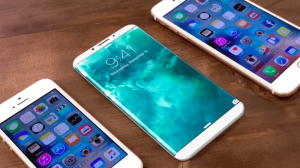 The iPhone SE was a huge, and largely unexpected success for Apple. Taking most of the iPhone 6 hardware and squeezing into a 4″ smartphone was no mean feat. Well now they’re at it again. The iPhone SE 2 is likely to be Apple’s first release, sometime in late spring. Hardware wise it is said to have all the great stuff found in the iPhone 7. Gain, though, the 4″ screen is staying for those who like a more compact form.

Given that the iPhone X was a ($1000!) bonus in 2017, it’s not clear what Apple’s strategy will be for 2018. They are unlikely to release 2 phones for a second year running, so it might be that the much-touted iPhone 9 will be the iPhone X2, or whatever. An iPhone X+ is also rumored, for those who like their displays positively cinematic.

One thing we do know for sure about Apple is that they are predictable. We know their history. We know their evolution over revolution habit. Crucially, we also know what hardware is likely to be available. We also can’t help being fairly sure that Apple is going to disappoint us. As Samsung and others move towards 4K displays, Apple is still falling short of even Quad HD levels. The display on the 9/X2 is said to be same 2436 x 1125px as on the X. This lags behind just about every flagship smartphone available. Apple, of course, put the sales spin on it as well as they ever have by calling it Super Retina. The only “super” thing about it is how far behind the pack it is. 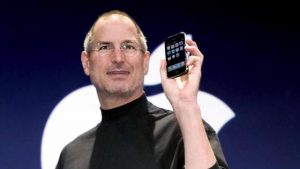 With tablets and phablets, even we’ve given up trying to keep track of where Apple are up to. It’s probable that 2018 will see the death of the iPad Mini, the device which Steve Jobs famously didn’t want, and which the company sneaked out after his death. That will leave us with the iPad Pro as the only iPad model with any kind of development cycle. Well, there’s the iPad 2018, aimed at educational users, but more about that later. Apple is convinced that tablets, or its tablets at any rate, will take over from laptops. They have, though, been saying this since the original iPad came out, and it just won’t happen. No decent file storage system, a closed down iOS which prevents innovation and very limited hardware specs (in computing terms) make it impossible.

Remember when Windows 7 came along to rescue Microsoft from the debacle of Vista, well, that was just a rehearsal for Apple’s release of iOS 12. iOS 11 was such an unholy pile of dog doo, that 12 is really no more than a fix for all that was wrong. We’ve heard “Apple is unhackable” since 1985, and yet iOS 11 had more vulnerabilities and bugs than all 10 previous versions combined. That Apple have said iOS 12 will focus on “stability” tells its own story.

So what will actually be new in iOS 12? Well, as best we can tell it’ll be Parental Controls, Health monitoring and Favorite Contacts. Or Android 4.0, as we prefer to call it. Oh, but it will have Smart Wi-Fi which automatically turns off Wi-Fi to save battery if you move away from a saved network. Oh wait, that’s Android 8.0, which has been around for over a year. Like we said, evolution, not revolution. 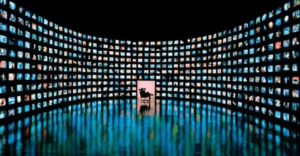 As mentioned, smartphone technology has stagnated somewhat. All makers can do, really, is to up the specs of the hardware each year, rather than invent anything new. So where does that leave a company like Apple, who’s investment in smartphones is considerable?

For nearly a decade, Steve Jobs drove Apple forward. Love him or hate him, Jobs continually came up with new ideas for both software and hardware that lit up the technology industry. After Jobs passed away in 2011, the company suddenly became “safe”, seemingly responsible more to the shareholders and their dividends, than to the customer base. After all, Apple’s relationship with its customers is legendary by the way they convince them to buy new products that are really just old products. At least for now. How long before Apple fans get fed up of just another update to an iPhone they first had 10 years ago?

Apple used to be the darlings of American education. They donated thousands of Mac desktops in the 1980s in a bid to bring computing to a young audience. Of course, Apple also wanted to capture their audience young which, to an extent, they did. But Apple’s latest foray into schools with the iPad 2018 Education edition is proving a difficult sell. At $299, with another $99 on top if you want the Apple Pencil (basically a glorified stylus) it isn’t cheap. It’s so not cheap, in fact, that you could buy 2 Chromebooks, full of all the familiar Google apps we’re all using for the same money. You could, in fact, buy 2 Windows 10 laptops for less than the iPad 2018 and Pencil combined. And, let’s not forget, an iPad is not a computer than can do just anything. It just doesn’t have the flexibility of a laptop.

Other than that, there’s not a lot going on. Until something happens to cause a sea change in Apple’s thinking, it will continue to churn out the same iPhone twice a year. And, of course, people will keep buying them. Until they don’t. And then what? We’ve seen some big retailers go to the wall because they couldn’t innovate quickly enough to adapt to a changing marketplace. Let’s hope Apple learn to diversify before everyone else beats them to it.