It’s probably not unfair to say that smartphone innovation hit a wall some time ago. It’s rare now to see brand new features, and more common to see upgrades on existing hardware.

But we still see annual releases from all the big players, including Samsung who have just released their Galaxy S9 flagship. Samsung have made great noise about the quality of the camera in the S9, but not too much more. So is there more the the Galaxy S9 than just a new camera? Well let’s see.

Given that it’s been the biggest talking point in the run up to the release date, we thought we’d start here. On a technical basis, the rear camera has an aperture of f1.5. Now, unless you’re a keen photographer, it’s likely you have no idea what that even means. Samsung have also talked about it being “28% brighter than the Galaxy S8”, but with no explanation for the terminology. We’ll try and keep it simple, so here goes.

A camera lens has an aperture, like the pupil in your eye, which opens and closes to allow more or less light in depending on what is available. In dark conditions, again like your pupil, it will be as wide open as possible. This is to catch all the available light and to improve the quality. In very bright conditions, the aperture closes down so as not to be flooded with light. If you’ve ever walked out of a dark movie theater into bright sunshine, the momentary blindness you get is the pupil trying to adjust to the sudden change. 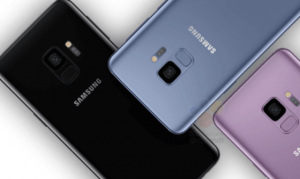 The theoretical number for a lens (or pupil) that is “wide open” is f1.0. It is largely theoretical, however, as even the best and most expensive camera lenses rarely get down even as far as f1.2.So why does all this matter on a camera on a smartphone?

Smartphone cameras, despite the efforts of manufacturers, don’t perform well in low light. The limited space in the phone case means there isn’t the room to hold the large lens required for the large apertures required for the low f numbers. The Galaxy S9 has an aperture which opens to f1.5. This is a remarkable achievement, and is very favorable against most cameras which are f2 or, occasionally, f1.8. It might not sound like much of a difference but, in optical terms, it’s a huge difference.

So is the S9 camera so much better, especially in low light? Well, not as much as Samsung would have you believe. Yes, it’s very good. Very, very good, actually, but other models aren’t so far behind on image quality any more. The low light performance is as good as we’ve seen, but it really isn’t enough of an improvement on which to have an advertising hat so faithfully.

We would talk about the S9 having a real, actual, mechanical aperture, instead of a digital one like on previous smartphones, but it’s largely irrelevant to almost everybody reading this.

Are There Other Changes?

There are, but it truly is evolution over revolution. There’s really nothing here that would be a deal maker or breaker in isolation. The S9 is a wonderful smartphone, ther’s no doubt about it, but so was the S8, and we’re not sure this actually goes far enough to be worth another near-$800 layout.

The display is identical to the S8, and they have finally moved the fingerprint sensor to a more logical place. It’s still not ideal, in our book, though, being on the back of the case.

Samsung’s own digital assistant, the dreadfully named Bixby, is back. On the S8, we have to say that it was all but unusable. Well, thankfully Samsung listened to the criticism and have made a massive upgrade in what Bixby can do. It still isn’t perfect, and has a long way even to catch up with Siri or the now dead Cortana, but it’s progress. 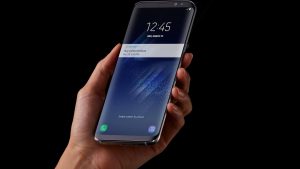 As well as the fingerprint scanner, the S9 has both facial recognition and an iris scanner. Trust us when we say that the facial recognition is useful, but the iris scanner not so much. In fact, we almost guarantee that you’ll use the fingerprint scanner most of the time. By the time you get the S9 level with your face, you can already have it unlocked by your finger as you pick it up.

And Some Old Friends

Thankfully, Samsung have chosen to ignore Apple’s lead and continue with the headphone jack. This is significant, as it was felt that, should Samsung ditch it, most other manufacturers would follow suit. We like that it’s still there, frankly, and so will most people.

Wireless and fast charging are also back, but why wouldn’t they be? They have been staples in the Galaxy lineup for a while, and it’s doubtful they will even be removed until battery technology finally makes real progress.

Reading this potted review, you might think we don’t like the Samsung Galaxy S9, but you’d be wrong. If the smartphone market were a boxing ring, the S9 would be in a weight division all of its own. It’s better than anything Samsung have ever produced and, crucially, it’s also better than anything Apple have produced as well.

Where Apple seem content to just keep taking the money and not really doing much, Samsung are at least trying to push the industry forward. The S9 is a fabulous smartphone, and you won’t go far wrong if you lay down your $800. But therein lies the crux of the issue. Given that the price of the S8 has now collapsed, it is probably the better option. The S9, great though it is, just isn’t worth $800 when you consider what a bargain the S8 suddenly is, and will continue to be.

Previously, Samsung have largely managed to negotiate around the “every other upgrade” customer mindset that Apple now have to content width. Now, though, it looks like we’ve reached a crossroads for Samsung devices as well. Are there better smartphones around than the S9? No, and by some distance where some manufacturers are concerned. But does the S9 represent the best value for money? Again, no, and again by some distance to some manufacturer models.

The Galaxy S9 is terrific, but it’s not alone in that, and it might just not be enough.