What Phone Charger Do I need? 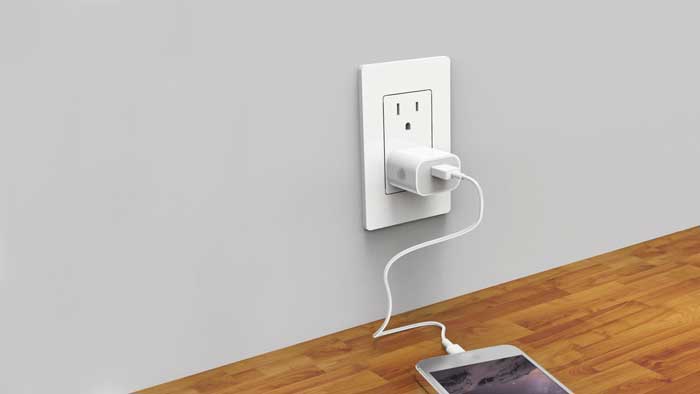 The smartphone industry is notorious for the various manufacturers refusing to have a conversation about even the most basic things in order to bring some sort of consistency across devices. It is by far the most irritating of all is the humble charging cable.

Apple claim they are pioneers who drive changes in charging speed and reliability. While the rest of the world just sees their regular connector modifications as not much more than profiteering by forcing people who already own several cables to then buy more. All USB cables, whether v1.1, v2 or even v3 all have the same connector at one end, known as an A plug. This is what goes into a computer or a power point adapter. It’s the other end that causes all the heartache.

But okay, it is what it is. Here we look at the various cables you might need, and where we’re headed as an industry.

Although fewer and fewer devices now use a mini-USB connection, they do exist. Some PC peripherals also use it.

You’ll tend to see this in flip-top and some rugged phones. That is because the mini-USB connector and socket tend to be more robust than the equivalent micro-USB. This is the reason why digital cameras and other devices have continued to use a mini-USB connector long after it was officially retired. 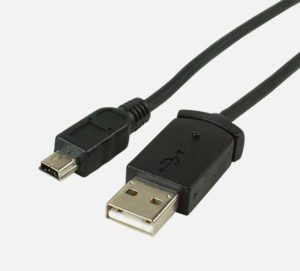 The micro-USB connector is now by far the most commonly used connector for smartphones and tablets. They started to appear on devices after about 2008. The micro-USB’s soon became the go to connector for smartphone manufacturers. Largely driven by the adoption of the standard by the EU for all mobile devices sold in Europe. It made sense for Samsung, LG etc. to use just a single type for worldwide distribution to keep costs down. Until now, this is the closest the smartphone world has ever come to having a charging standard.

Apple, of course, went their own way, as we’ll see later.

Just to confuse things a little, there are micro-A and micro-B USB connectors. The vast majority of smartphones do use micro-B. But you should make sure that you have the right cable to avoid risk of damage to the charging port on your phone. 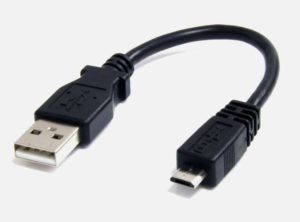 USB-C may well be the future of USB charging for smartphones.

You know that little guy who lives in your computer, whose sole job is to flip the port round when he sees you coming? Of course it is so that you can never plug a USB cable in first time? Well his tenure is under threat. USB-C is a standard that has the same connector on each end. Those connectors have no up or down as they are fully reversible.

The rumor was that the iPhone 7 was going to use USB-C, but this never materialized. Hopes are fading for the iPhone 8, after initial hopes USB-C would be the new connection became rumors that USB-C technology would be incorporated in the current Lightning connector for faster charging. Apple make money off every “Made for i” peripheral sold. They appear keep to maintain that source of income, so we’ll need to wait and see.

For the rest of us, One-Plus first used USB-C in 2015, with Google following suit with the Nexus line. Samsung have already used USB-C in the Galaxy S8, and are poised to make it their default in all new releases. Of course, where someone of Google’s and Samsung’s size go, others will surely follow. 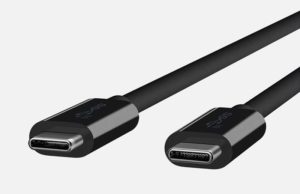 So, Apple, is a company who have made millions just from licensing their connector technology to cable manufacturers. Where do they stand?

If you have an iPhone 4 or iPad 3, or earlier, you will still have the original 30-pin connector that Apple started out with. From iPhone 5 and iPad 4, they switched to the Lightning (above) connector. Of which, by the way, offered absolutely no speed advantage over USB 2.0.

When the EU demanded all mobile devices use the same connector, Apple got round this by making adapters available. That would allowed them to carry on using their own proprietary connectors. This workaround continues to this day. As we’ve seen, there’s no guarantee Apple won’t continue to make extra money from licensing their own technology to cable manufacturers instead of using USB-C in the future. 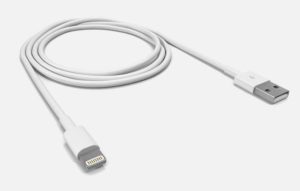 USB 1 was the original USB standard, and USB 3.1 the last before USB-C was confirmed. The numbers only signify the available transfer speeds, and all ports are backwardly compatible. You can plug a USB 1 device into a USB 3 port on a computer. It will still work or charge, just at USB 1 speeds. USB 3 devices do have a different connector which goes into the device itself. That in order to facilitate the backwards compatibility but, otherwise, the technology is identical.

So there you have it. USB is actually fairly simple and it’s just a case of knowing which cable you need, which is largely dictated by the age of the device. Buy a new non-Apple smartphone and the cables you already have will likely work. Switch away from or to Apple, and you’ll need a trip to the store for the spare cable you like to keep in your car.

Hopefully, USB-C will eventually come to be accepted as the standard, but we won’t know for sure until Apple release the next iPhone.