When choosing a service provider most of us choose a phone that is locked to that carrier. What does it mean to use an unlocked device? Well, ultimately it means that a device is not locked to a particular carrier. At the same time this does not mean an unlocked device will have the freedom to work on any carrier you choose! Join Mr Aberthon in learning more about the meaning of an unlocked and locked device!

When you take a contract out in which the cost of the phone is at least partially included, it will tend to run for a period of 12 months or two years. The problem is that, at the end of the minimum term, the monthly cost of the phone isn’t then removed from your monthly bill. The purchase cost itself may have easily been covered at that point, but it makes no difference. There are often no provisions in the contract to take the hardware element out at any time.

Things are changing though, but slowly. Networks are increasingly committing to reducing monthly payments once the phone is paid for, in the hope that you will stay with them rather than switch to a competitor. You should still be vigilant, though, as some will try and sneak it past you.

Even then, though, what happens to your phone if you can’t use it on any other network?

The principle of mobile devices being locked or unlocked isn’t a complicated one. If it is locked, it can only be used on the network to which the lock applies. If it is unlocked there are no restrictions on which network’s SIM card you can insert.

Fortunately, if you do have a locked phone, some (but not all) networks will provide an unlock code. You can use the code to then allow the phone to then be used on any network. Most will only do this once you have settled the minimum term cost of the contract, though, and they are often distinctly unhelpful in providing guidance on how to do it. Thank goodness for the internet.

Some unlock procedures can take up to 3 days to actually take effect, so don’t expect an immediate result. But if all this sounds like hard work, it doesn’t have to be.

Here at Mr Aberthon, we only supplied unlocked devices, whether it’s smartphones, feature phones, mobile hotspots or anything else. What this means is that you can then sign up for any kind of deal on any kind of network in over 160 countries worldwide. You can use the same phone in the US, the UK, Japan or anywhere else there is access to a GSM network. All that’s needed is for you to swap the SIMs and you can carry on your digital life.

Why Only GSM Networks

GSM networks use SIM cards, and this allows them to be changed at any time. The other principal network type in the US is CDMA, which doesn’t use SIM cards.  Instead, it uses a system requiring the device to be specially programmed for a specific network. This method is slowly being phased out due to the 4G standard including the necessity for SIM card use. All major US carriers now offer 4G services through use of a SIM card, although services on Verizon and Sprint (former CDMA networks) may be limited in your area, so do check if you plan to use those. 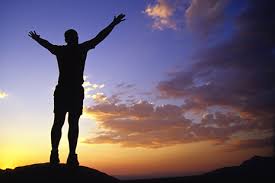 The primary reason why GSM has become the definitive system for use globally is the European Union. Some years ago, they legislated to make GSM the only official standard for cellphone networks in the EU. Europe, of course, is a huge marketplace for any company, including mobile networks. What this did was force the hand of many companies, and this effect eventually reached the US.

Another benefit of an unlocked smartphone such as we supply at Mr Aberthon is that the resale value will be higher than that of one locked to a specific network. A locked phone is only of use to those already with a contract on the network the phone is locked to. This reduces demand significantly, whereas an unlocked phone can be bought and used by anyone.

Frankly, you should always insist on any phone you buy being unlocked. If the seller won’t – or can’t – do it, then walk away.

Having an unlocked smartphone makes it a buyers market. If you have a dozen different sellers all competing for your business, it can only mean cheaper prices. As we’ve mentioned, there are a Big 5 of network providers. These are AT&T, Verizon, T-Mobile, Sprint and US Cellular. However, airtime can be bought from any authorized re-seller. These re-sellers usually have much lower overheads than the big boys, and so can afford to lower their retail prices.

A little ironically, the same Big 5 operate their own re-seller networks, offering their own products cheaper than the parent company. As an example, Cricket is a huge re-seller of good value contracts, but is wholly owned by AT&T.

When you buy a phone that is locked to a network, it brings lots of downsides with it. Networks are notorious for stuffing locked phones with bloatware. This is software you didn’t ask for and almost certainly won’t want. It will either be official network apps that are no use to you, or apps from “preferred partners” that are equally irrelevant.

Operating system and security updates will also usually be quicker to get to you. If a phone doesn’t identify as being locked  to a particular carrier, it will get the manufacturer’s roll-out instead. The reason for delays on carrier-locked phones is that it goes through lots of testing and other work before being released. Much of this is because they want to make sure all that bloatware works with the update. Sad, but true.

Manufacturers don’t have all that to worry about, hence the faster updates. However, it isn’t all what it seems. Some manufacturers sometimes take an age to roll out an update, so there’s no easy way to tell when you’ll get them.

Unlocked will always beat locked, for reasons of value, choice and all round flexibility. Faster updates, usability in almost any country and the freedom to switch networks at will. All these things make having an unlocked phone a no-brainer.

Check out our Unlocked Devices HERE!
Contact Us for More Information!