Netgear are among the leading manufacturers of routers and network adapters. They have forged a reputation which is based on quality and performance, and they regularly add new lines to the portfolio.

Compare this with ZTE who, although massive in their native China, are a relative newcomer into the USA. They have had a presence for a few years, but more recently have expanded their line-up considerably. Whether it’s smartphones or mobile hotspots, ZTE produce high quality devices at often incredible prices.

So are they good enough to rival the established kings of the hotspot genre? Here, we take a look at the Netgear Unite Express and the ZTE Velocity. Similarly priced, they may be, but what about that all important performance?

Both the Unite Express and Velocity are of a similar size and weight, but it has to be said that the ZTE VElocity does make better use of the available front case space than Netgear’s offering. The Velocity’s 2.4″ display, even without being touch friendly, just feels and looks better than the 1.77″ affair on the Unite Express. The extra space allows the information to be presented a bit better, and it’s just a lot more pleasing on the eye. It’s not about the functionality necessarily, but it does make for a nicer overall experience. 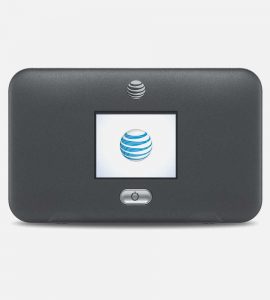 As for the Unite Express display touchscreens, this means you’ll need to do any admin in a web browser. This includes setting a network ID and password, as well as setting up guest accounts. Neither interface is any better than the other, as neither are very complicated in the first place. It’s just the added convenience of being able to do those tasks on the Velocity itself, which makes it a bit more user friendly. Once up and running, both will show battery and data connection status, as well as how many devices are connected.

So to all intents and purposes, touchscreen aside, we have two devices that are actually very similar. This means they’re neck and neck so far, but it does change when we dig a little deeper.

You do need to look  a little further in to see any real differences that might have a significant on your choice of device. As mentioned in the introduction to this comparison, ZTE do seem willing to go that bit further in the components they use when building any of the devices in their ranges. This commitment shows itself in a couple of places on the Velocity.

At the price point in which both the Express and Velocity are pitched, it is unusual for dual-band Wifi to be included, but that’s exactly what ZTE have done. What dual-band Wifi gives is the opportunity to use the far less crowded 5Ghz band, which can mean much less interference and, therefore, better connection quality. This might also mean faster connection speeds, in real use.

But ZTE haven’t stopped there. Netgear haven’t made a habit of including a MicroSD card slot on any of their mobile hotspots, even up at the top of the range, and the same is true of the Unite Express. ZTE, though, even on a device that is in direct competition with hotspots lower down in its competitor’s lineups, have included one.

You can add a MicroSD card up to 32GB into the ZTE Velocity but, if you’re wondering why you should, there are good reasons. 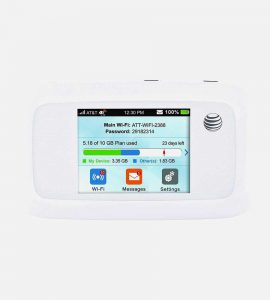 When a mobile hotspot device has a MicroSD card slot, it opens up a couple of new possibilities. Movies are often very big files, and so only a handful can usually be stored on a device. Having them on a MicroSd card in your hotspot makes them available to anybody signed into your personal Wi-Fi network. It isn’t restricted to movies, however. Any files can be carried and shared on the card. This is incredibly useful for travelling families.

That ZTE have included a slot on the Velocity is remarkable for the price, and shouldn’t be underestimated as to how much practical value it adds.

The Rest and a Summary

Battery life is very similar, despite the Velocity having a larger capacity battery. Touchscreens do drain power much faster than non-touch, and the increased capacity on the Velocity takes up this extra workload, allowing it to keep pace with the Express.

Neither will weigh you down much at just 4.6 ounces, but the Velocity is a little bit softer and sleeker looking.

In conclusion, as good as the Unite Express is, the MicroSD card slot is enough to swing things the way of the ZTE Velocity. The touchscreen adds another bonus point, making the gap just that bit bigger.