Mobile Hotspots are a great way to share a single data account. Buying local SIM cards can also be far cheaper than paying roaming charges. Both of these reasons reduce the cost burden significantly, especially if overseas.

Hotspots also come in a  variety of shapes, sizes and capabilities. Here we compare the Netgear Unite Explore with its stable mate, the Unite Express.

Most importantly, they are one of the most versatile devices you can carry in your digital bag. Small, powerful, and very useful, once you’ve used one, you won’t go back.

In one sense it all matters, of course. The fact is, though, that some features will suit some people, with others not being so important. As with any electronic device there will, however, always be some features that are definitely useful. 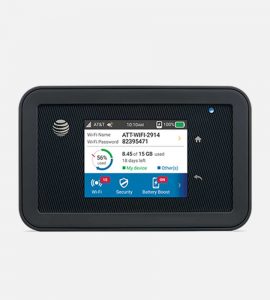 With smartphones, there are a million things which may or may not be vital. With mobile hotspots, the list is somewhat shorter. Battery life is probably an obvious candidate. In that particular category, therefore, the Explore wins hands down, with double the life of the Express battery. It should be noted that the Express is considerably lighter than the the Express, and most of this is likely down to the smaller battery.

The other potentially crucial difference is in the respective displays. The Unite Explore has a 2.4″ color touchscreen display, so all admin can be done on the device itself. The Express, though, must be setup via a web browser. The saving grace is that most people will only setup the device once, and then never have to do it again, but it might be important. What the Express does give on the display, and the Explore does the same, is connection status and battery status. It will tell you how many devices are connected, and the signal strength.

If you like to take your phone and hotspot into rough situations, the Explore also has the edge there. It is MIL-STD 810 compliant, so is water and dustproof, and can sustain being dropped onto a hard surface from 6 feet. The Express is not rugged, and so will need a little more care. As hotspots tend to just sit in bags or pockets, this might not be such a big deal for you. But, if you are tough on your personal technology, it might just be a lifesaver.

First of all, mobile hotspots are very specific devices, and so some features might not be quite so important. We’ve mentioned that the Express is a fair bit lighter than the Explore, but it’s all relative. If we say that the Explore is 1/3 heavier than the Express, it sounds a lot, but we’re talking a little over an ounce and a half. In context, it isn’t really that much. 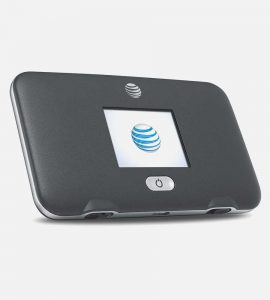 The Explore also has Netgear’s BatteryBoost feature, and this allows you to take battery charge from the hotspot and transfer it to a compatible device. This does include smartphones, and thus sounds like it should be useful. And it is, but perhaps not as much as you might think. For every lump of power you add to your phone, you are taking from the hotspot. It will get to the point where the hotspot then becomes out of power. This might not matter to you as much as having a working smartphone, but the trade off could turn out to be irrelevant.

Content and site filtering is another “nice to have” feature that also may not be so important. You may have kids using the connection and, if so then you should already be filtering their content either via the Android settings or by using a Parental Monitoring App. If you have friends using it, surely you can trust them to be sensible? If you can’t, they’re probably not really friends…

On the face of it, battery life and a color touchscreen makes the Explore a clear winner, but clarity isn’t always what it at first appears. The Explore is also more expensive than the Express, and by quite a distance. Durability is a factor, and that includes physical toughness as well as battery life, but the Express is not fragile in any sense, it’s just “regular”. If you’re not especially rough, therefore, you’ll be fine.

But, whichever way you look at it, the Explore does out run the Express quite easily on a number of fronts. And, despite the price difference, we’re not talking Bill Gates expensive, just not quite so inexpensive. It is still really affordable, and so don’t make price your only deciding factor. Most of all, run through what you need carefully, before making your choice.