It’s the best because you’re always connected, both with regards to a phone and online. It’s the worst because you are now an easy target for ambulance chasing law firms, scammers, salesmen, just about anybody who has access to the hundreds of databases they’ve bought with your number in it, actually.

You know how it works, your phone rings and it’s a number you don’t recognize. Sometimes the number is withheld, which is an attempt to appeal to your natural curiosity. You answer anyway, and the line goes dead. Or you answer and there’s a 2 second pause and then a click. Finally, either  a distant sounding real person or a recorded message starts reading a script. Well, you asked for it by picking up, really.

So what of you don’t pick up and it’s something or someone important? The answer is quite simple, as long as you do see the number. Just ask Google who it was.

Who Has Your Number?

Every number is attached to an account somewhere. And every account is attached to a person or business. It has to be, as someone will need to pay the bill for the account. This means there’s a record somewhere of every number in existence. But, away from the official side of things, how do seemingly random companies get your number, and even your name? It’s scarily easy, unfortunately. It may be that you once bought something online, or you use your number for two-factor authentication. Alternatively, you hay have once sold something and provided your phone number for contact. 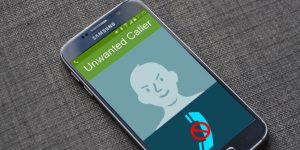 Wherever your number is, someone will get hold of it. Alternatively, and more likely, you will be on any one of a number of databases. Even Google used to maintain their own phone directory. They don’t any more, but not before they’d sold the details to a ton of direct sales companies.

The bottom line is that lots of people have your number, whether you want them to have it or not. Fortunately, with most recent cellphones, you can easily block numbers you don’t want calling you. But first you need to actually know who they are.

By the way, if you do answer the call, your number is marked on the database as active, and becomes more valuable to the company compiling the list.

Although the name might sound a little complicated, it’s really only using Google a little more smartly. Just enter the number you want to search into Google, and hit Enter. It may take 3 or 4 searches, as you may need to try different formats of the number. You might need to do one long number, or in the standard US format i.e. nnn-nnn-nnnn, or the same but with spaces instead of hyphens. It all depends on how the number is indexed by Google as to what you’ll need to search.

Once you do, the results will be reasonably consistent in the order they appear.

If the number is for a legitimate business, Google will normally show it in the first half a dozen results. Within those results you will also see sites like WhoCallsMe. These can be very useful for seeing if other people have reported the number for cold callers or potential scams. If they have, you will see a pattern as more and more people add comments to confirm who the number belongs to.

Unless someone has openly published their number online, on social media or elsewhere, it is unusual for private numbers to appear in the results.

What Not To Do

Along with the “real” results as outlined above, Google is likely to return thousands more results as well. Almost all of these will be online directories, and here’s why you should ignore them. Every one of them will show you a tantalizing glimpse at limited information attached to the number. To see more you must register. Once registered, you find out you need to pay to actually see the full details. Don’t ever pay for information which, with a bit of time and thought, you can get for free. 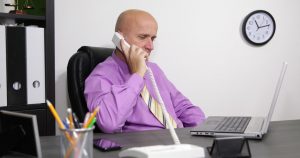 The other problem with registering on such directory sites is that they now have your email address. If you ever wondered how email spam got so bad, it’s businesses like this selling each other their membership lists.

How To Stop The Calls

If you’re lucky enough to live in a state where there are “Asterisk Laws”, you can ask to have an asterisk (*) added against your name in the phone book. This should stop telemarketing calls, at least to your home landline. Some companies will still call, but they risk a fine for each asterisk number call they make. Some other states make a small charge to have it noted in the book that you don’t want sales calls. Again, some companies ignore these, but it does help to reduce the calls if not eliminate them completely.

Laws surrounding cellphones are somewhat less enforceable, if they even exist, so it’s often just a case of waiting the telemarketers out. As mentioned above, find out how to block calls on your cellphone and use the feature.

It will take a while for calls to stop, even if you routinely block every one, as many telemarketing companies will use a bank of numbers, just to get around the blocking. However, each individual blocking action takes just a few seconds on your part, so have patience and just keep on blocking.

Your only other option, unfortunately, is to not have a phone at all.