The Four Types Of Smartphone Cases 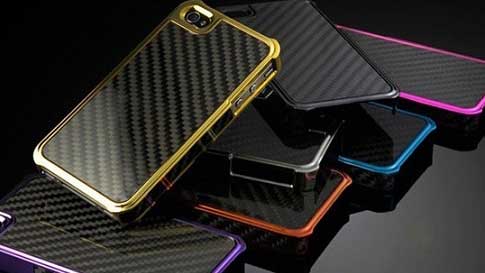 Too few of us carry our smartphone in any kind of protective case or cover. Then we’re the first to moan about scratches, chips and even broken screens. It makes sense, therefore, to put your shiny new device into a case which will protect it from knocks and scratches. It may even save its life when it falls out of your pocket onto your driveway of tiled floor, which it eventually will.

So what are our options? It may surprise you to know that smartphone cases come in just a handful of basic types. Each does something different, and all do something similar. 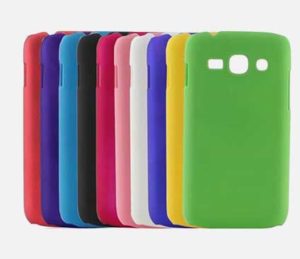 This is by far the most popular type of smartphone cover. It usually consists of a cover which protects the back and sides of the phone. However, it offers little to the display on the front. Often, actual protection is pretty limited. Most cases of this type are more about style than substance, although there are rugged versions available. Also, some are made of robust TPU plastic, which offers greater impact protection.

The covers have holes cut out for the various buttons on each smartphone model. Yet many cheaper ones can be a poor fit with the holes not quite being in line with the buttons. A lesson in buying cheap means buying twice right there.

In the main, though, a back-plate type of case is all about an expression of style above all else. 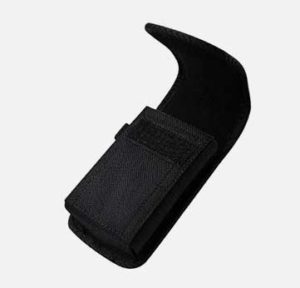 Phone pouches have been around just about as long as phones have been mobile. It is not especially stylish, but very functional. A pouch will protect your smartphone from almost any kind of damage for as long as it is in use.

Often made of leather or neoprene, the phone usually slips in and out quite easily. It will invariably have a press button or Velcro flap on the top to keep it secure. Variations on the theme have become very popular in recent years with people who listen to music as they work and play. It allows the phone to remain stable in pocket or bag whilst giving access to the headphone jack.

Yes, it adds considerably to the bulk. Pouches may well be associated with smartphone (or any phone) users of a certain age, but you’ll be old eventually. 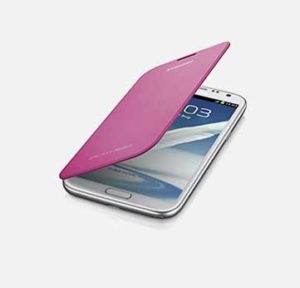 Flip covers are another type of case that have been around seemingly forever. Originally, they were leather (real or fake) or canvas, or a combination of the two. They open and have the phone in one side and room for cards or receipts in the other.

When Apple released the original iPad, they knew it would need some protection. They therefore built a switch into the iPad to wake it when the front of their specially designed (and expensive!) flip cover was opened. It would also put the display to sleep when the cover was closed. This practice has since become the default behavior for device-specific flip covers. But generic covers are also readily available.

Flip covers are usually better made, and more substantial that back-plates. They are also usually priced higher to reflect this. 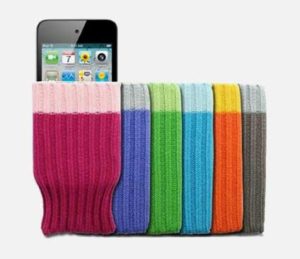 Yes, really, phone socks are becoming increasingly popular. They are usually brightly colored and able to take a variety of different smartphone sizes. Socks are the current go to cover for phone users the world over.

They don’t offer a massive amount of protection. As they are really designed to keep the phone from picking up marks and scratches in purses and bags. We actually think they’re pretty funky.

You may well see other types of covers, but the vast majority will be a variation on one or more of the above. You can get skins which are nothing more than fancy paint jobs for you phone. Or perhaps, you can get bulletproof covers, covers that change color with your phone home screen and tons more.

Which ever cover you choose, make it about you and your personality.