Every time a new smartphone hits the stores, we hear the manufacturer claiming it “the best” at one thing or another. The problem with this approach is that “best” can be a very subjective term. And it’s only a problem for the consumer, by the way. It’s us who have to do our own investigations on whether something is better than everything that has gone before or not.

But, occasionally, someone else does a bit of the work for us. In recent years, the good people at Guinness have included smartphone categories in their book of world’s records. The records aren’t always – if ever – about performance, but the mentioned devices do set world’s records in their own right.

Remember when we said “best” was subjective? You think it’d be easier with things that can actually be measured accurately, but even this is  not quite so simple. Officially, the world’s thinnest smartphone is the Vivo X5Max, at just 4.75mm. The problem is that it isn’t a very good smartphone, and so some manufacturers refuse to acknowledge it. The Vivo is 4.75mm (0.19in) thick and, while impressive, it does have some issues. The device does qualify as a smartphone, and runs Android. However, a phone so thin means a very small battery, and little room for quality components. Audio is said to be terrible, photos apparently look like they were taken in 1998 and that battery? Well, a phone call or two may well have it on its knees.

You can see why major manufacturers scoff at the title. It does work, though, however poorly, so it gets to hold the record. At least for now. 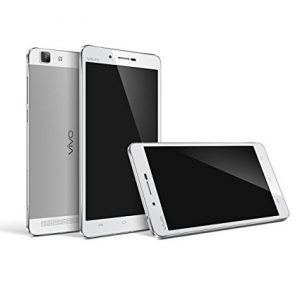 Forget thin and small, big is where it’s at. Or at least it is for Samsung. Forget phablets and even 10″ displays on old iPads, they don’t compare to this.

Samsung teamed up with Cricket Communications in 2009 to build the world’s biggest smartphone. They came up with the catchily named SCH-r450, a slide-up, full hardware keyboard phone. Such things were common at the time, and probably made for a good blueprint for such an exercise. The phone measured 15 feet high, 11.2 feet wide when opened, and 2.5 feet thick. The SCH-r450 has a 5.8 x 4.7 ft LED display, and every single part of the phone worked as it would if it were “normal” size. The weight is an impressive 350lb, so pockets and purses might need a little reinforcement. 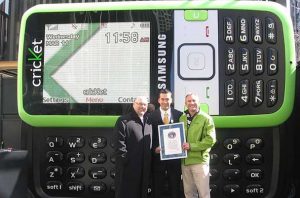 Is this even a thing? Well Guinness seem to think so, at least. For those not in the know, a selfie chain is a continuous sequence of selfie images taken on a single phone by different people.

In Mexico City, phone maker LG managed to amass enough people to take 746 selfies in a 2 hour period. According to LG, they could have done a lot more, but they ran out of people. In total, approximately 2500 people were present to assist in setting the record. And, to answer our own question, the previous record was 531 selfies on a Galaxy A5 so, yes, it is a thing.

Okay, so we’re all thinking it has to be an iPhone, right? After all, we see the queues outside stores on launch day, so it has to be Apple who hold the record. Alas, no, we’d all be wrong thinking that. It’s actually Chinese manufacturer Xiaomi who hold the crown. Xiaomi are one of the fastest growing smartphone makers in the world, increasing market share where others are losing theirs. With that in mind, it might be no surprise to hear that they hold the record, but there’s more to it. 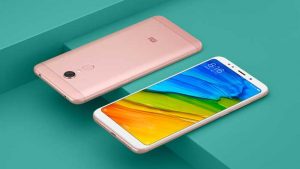 Every year, on the company’s birthday, they open up a huge range of deals and offers on their smartphones. They will also often coincide this with the release of a new model. In 2015, the promotion day was so successful that over 2 million Xiaomi smartphones were sold in a single 24hr period. This dwarfs single day figures for anybody else, including Apple and Samsung. True, it’s not sales of a single phone, but it’s still pretty impressive. It’s actually even more noteworthy, when you consider that Xiaomi were only celebrating their 5th birthday at the time.

In 2015 Microsoft, who owned Nokia at the time, launched a $29 smartphone. It was a little limited in what it could do but had access to facebook, Opera browser was built in and Twitter access is also available. Aimed at 3rd world markets where the thousand dollar smartphone was never even at the races, the phone proved something of a minor hit.

Until, that is, 2016 turned up. In February of that year, Indian phone maker Ringing Bells announced an Android smartphone for $4. Competitors accused Ringing Bells of fraud, saying that such a cheap device was impossible to make. As if to confirm the lack of validity of the Freedom 251, fewer than 6000 are thought to have ever made it into people’s hands, and many have resorted to the courts in India to get their money back. So, does the Freedom 251 qualify as the record holder? It appears not. Guinness World’s Records cannot be gimmicks, so the Freedom 25q1 does not qualify as a record. So, for now, Microsoft still hold the record for the cheapest smartphone ever.

And we reckon $29 is still a pretty good price for a brand new phone.

Most Consecutive Table Tennis Ball Bounces on a Smartphone

Whether you call it table tennis or ping pong, we’ve all tried some form of “keepy-uppy” game with the ball at some time. The history of the record is quite short. Attempts started in July 2015 with a pretty unimpressive 167 bounces. That mark was broken and improved upon over the next 6 months until, in February 2016, Suresh Gaur managed 4122 bounces in India. And there the record has remained. It may be because 4000 bounces of a ping pong ball on anything takes like, forever. Or about 20 minutes anyway. Still, it’s one you can have a go at yourself.

By the way, the record is even more impressive in that Suresh Gaur isn’t some teen wizard with rad shoes and a bandana. No, he’s a middle-aged Indian man in bare feet.

Balancing a Flip Top Phone On Your Nose

Sadly, there’s no video available of this particular record, but we’re inclined to believe it happened nonetheless. The reason we’re so agreeable to accepting it happened is because it was done by Brian Pankey. Pankey, you see, is a balance master, juggler and all round trickster of the highest order. He once, for example, managed to spin a basketball on the tip of an umbrella for what felt like a lifetime. 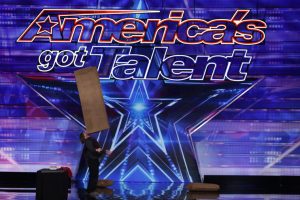 Brian Pankey at America’s Got Talent

In this record, he balanced a flip-top phone on his nose for 38.75 seconds. Now that might not seem too impressive, but think about it. A flip top phone isn’t like a smartphone which has a fairly even weight distribution. Open a flip top phone and the center of gravity is all over the place. And if you want more confirmation of how impressive the feat is, Pankey’s record has stood since 2012. In a world where performance improvements feel like a daily occurrence, 6 years is a digital lifetime.

We’ve all dropped cellphones at one time or another, but few of us have ever set out to see how far we can throw one. If you consider, for a few moments, that the best outfielders in baseball can throw a ball about 300 feet in their prime then consider this. Roald Bradstock was 46 years old when he threw a cellphone 396 feet. That’s 132 yards with an object that is terribly lacking in aerodynamics and not exactly balanced.

We should probably say that Bradstock has a history of throwing things. In fact, he represented Great Britain in the Javelin at two Olympic Games, and is a former world record holder in the event. But, before you get all sniffy about that, he was also born with spina bifida, a potentially devastating condition of the vertebrae and spinal cord. He also suffered water on the brain as a child, as a side effect of the condition. After being banned from contact sports on the basis that a hit in the wrong place could kill him, Bradstock took up swimming and the Javelin. He turned out to be a natural at the Javelin, and went on to have a glittering career, including throwing a cellphone 132 yards.

Although there’s no video of the cellphone throw, Bradstock’s YouTube account has several movies of him throwing all manner of things.

Balancing a Cellphone While Drinking a Beer

Okay, so first we need to be honest about something. We actually have no idea if this is an actual world record or not. It is, though, so great that we’re going to assume it is.

On Christmas Day, of all days, in 2016, Slovakian native Pavol Durdik managed to balance a cellphone on one finger for over 15 minutes. More importantly, he did it while drinking a beer. In case you’re wondering if it is a legitimate record or not, Durdik was only the 5th holder of the title. Prior to his Christmas miracle, the record had originally been set at just over 10 minutes and then extended a further twice before Durdik beat the old record by nearly 2 minutes.

Go on, we know you’re dying to try it.

This, to be fair, could have had a place in Part 1 of our lists of smartphone world records, but we can’t help feeling there’s some keyboard trickery involved. The Guinness World Records people have a standard passage of text in order for speed challenges to be valid. The passage is:

“The razor-toothed piranhas of the genera Serrasalmus and Pygocentrus are the most ferocious freshwater fish in the world. In reality they seldom attack a human”

Obviously, that’s not a common nor garden passage, and will be unfamiliar to just about everybody. That is if course, the very reason for its inclusion in record attempts. The first record was set in 2010, with a time of 35.54 seconds. By 2014, the record time had been halved to 17 seconds, where it remains to this day. The reason for the drastic reduction in time is credited to the Fleksy keyboard app. Fleksy has several tricks up it’s sleeve to speed up typing, and is renowned as the fastest keyboard available. Even though autocorrect and predictive are turned off for record attempts, Fleksy still contributes massively to the speed increase.

Call us purists but the record should, we feel, be on a stock Android, non-swipe keyboard. That’s the only way to guarantee consistency. But for now we nod to the record holder, Marcel Fernando Filho, a Brazilian teenager who is looking unbeatable. The video here is not the record, but is still Filho, and he manages it in 19 seconds, which is still very cool.

By the way, we tried it with Fleksy, and managed an entire passage of gibberish in less than a minute and a half. We suppose some respect for Marcel is in order.