The Smartphone World’s Next Big Thing 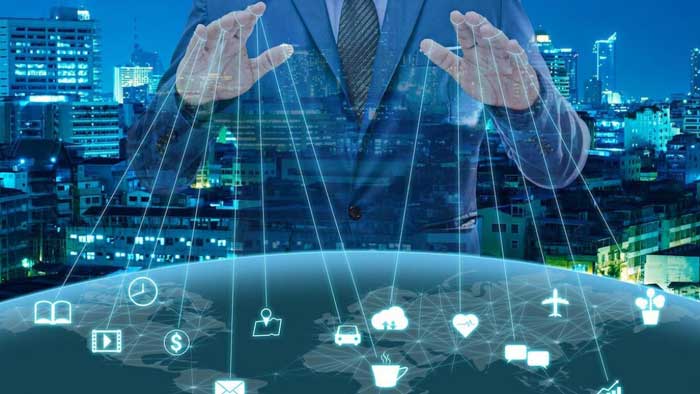 Predicting the Next Tech Revolution

Lots of tech experts – or not – are proclaiming the smartphone will be dead within a decade. The time for evolution, they say, is over and the time for revolution is now. However, they are short on information regarding what that prediction may involve. The experts share vague views on merging artificial intelligence with human/technology to make us all smarter.

Yet, this world is still dominated by actual things and not made up ones. What will we therefore see the biggest step forward over the next year or so?

One of the biggest steps forward in technologies that already exist is in the sphere of in-car smartphone use. For a while now, we’ve had Bluetooth systems allowing us to make calls, play music and even send texts. Each of these tasks are done without even touching our smartphones. Yet these options have always been device-dependent, with some phones offering greater interaction 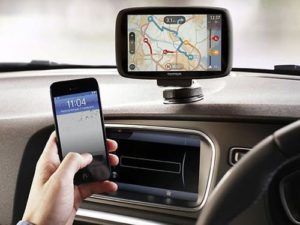 than others. Recently, both Apple and Google have been looking to make the Bluetooth connection little more than just the basic. It should be a method to get your smartphone and entertainment system to pass information, rather than actually do things.

Instead, both companies Apple via CarPlay and Google via Android Auto are looking to have the car system do all the work. It will enable you to control apps on your phone through the main in-car display. The benefits of this are obvious. They will include bigger controls and buttons to keep you distracted for less time. As well as the control system being already familiar to you from the apps your use on your phone.

So What Will it be Able to do?

Double for Your Smartphone

In all likelihood, you will still use the car display for calls/texts, music, voice control and maps/navigation. The key, though, is that all will become massively more usable as they will do the same as they would if you just used your phone. They are intended to largely mirror your smartphone display and make the experience much more user friendly. It will then all be much more integrated into a single learning curve.

It also means the way will be open for a wide range of apps useful for in-car use, such as economy and trip stats, or info apps for car enthusiasts. GPS device makers are already scaling back production as it is more common for new new car models to have integrated navigation built right in. 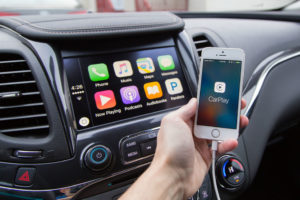 It probably won’t be long before dash cams become the next feature to be added to a car’s standard feature set. Being able to recall incidents right from your phone makes the process of extracting
the needed footage so much easier. It all comes a step closer with improved integration between cars and smartphones.

As with many things technology throws up, there is a battle for the hearts and minds of smartphone users going on every day. We speak primarily between iOS and Android, and so it’s not much difference with in-car integration. However, for once it looks like Apple may have backed the wrong horse. Up to now, both respective systems have been pretty evenly numbered. But year 2017 has seen a surge in those cars able to utilize Android Auto. That is mainly because Google have adapted their system so that the car software and hardware need only be compatible with Auto. They don’t have any bespoke hardware built in, as is still the case with the Apple’s CarPlay. Google is gaining a significant edge over Apple in this respect. Over the next two years, the gap between adoption of the two systems is projected to widen significantly in Google’s favor.

Also, Android Auto is already compatible with many of the biggest apps available in the Play Store. While Apple is still encouraging 3rd party developers to try and catch up.

All in all, it’s VHS Vs Beta 30 years on but, for once, it does look like we all will benefit from the fight.