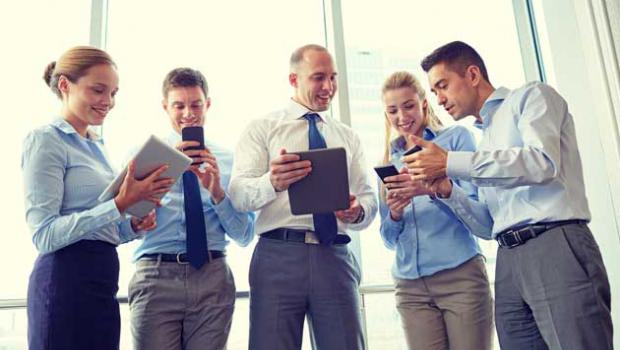 For years, the US has somewhat bucked the global trend for smartphone usage. The rest of the world has enthusiastically embraced smartphones and shaken off the old feature phones of yesteryear. Yet we have held onto our old Nokias and Ericssons in surprisingly large numbers. Perhaps it is the sign of a population living longer and clinging onto the old ways. We therefore lag behind the likes of China and western Europe a little when it comes to smartphone use.

That’s not to say we in the US don’t like smartphones, far from it. In fact, the the trend is already reversing, with US smartphone use set to grow in the next 3 years at rates never seen before. It will make the US one of the leading countries for smartphone uptake by 2020.

Apple and Samsung, as you’d probably expect, dominate handset sales with around 74% of the market between them. A distant third is LG with around 10% and the rest tail off significantly after that. Full figures of where Google fit into this statistic since the launch of the Pixel aren’t available. Yet the next 3 or 4 years could see some changes.

Let’s face facts, there are only 2 players in town when it comes to a mobile OS, Android and Apple. So the fact that they have around 98% of the market between them will be no surprise. Android leads the way with over 53%.

Microsoft never really transferred the success of Windows desktop to mobile. That is despite it being very well regarded by those who use it. Had Google not decided to release Android, who knows? It’s entirely possible that it would be Windows mobile leading the way. Instead of it being all but dead in today’s smartphone world.

There is little or no difference in figures between men and women. Ethnic origin also plays little part in the stats and education level also demonstrated little difference in whether a mobile phone is owned or not. But smartphone use is greater in those who graduated college than those who didn’t. 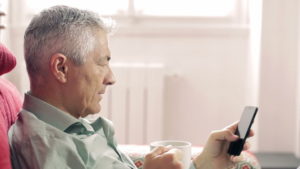 Half of all those surveyed own a tablet. Take-up of tablet ownership is rising fastest in those over 55 yrs of age regardless of whether they already own a smartphone. It’s possible that, as we become a more nation that is ever more separated from family because of job or other factors, that tablets help grandparents keep in touch with grand-kids etc.

A surprising statistic is that 12% of those surveyed have no broadband connection at home. They rely solely on a smartphone mobile data connection for their internet use. This rises to nearly 20% of those aged 18-29 yrs.

Smartphone usage in the US is growing at a faster rate than in previous years, especially among older users. Mobile phone ownership is also at an all time high of around 96%. It is almost certain that, over time, all but a handful of these will be smartphones. The current senior population is slowly replaced by those who have grown up with smartphones and therefore would see no reason not to have one.

Interestingly, amongst other statistics collected as part of the exercise, it was found that 51% of adults also own a separate MP3 player. Given the media capabilities of smartphones today, this is a surprising number. Also, gaming consoles are more likely to be owned by females rather than males – 42% to 37%. That has killed the “lonely geek boy” image that has blighted the gaming world for as long as it has existed.

We are, in short, living in a technological world, and this can only increase as years go by.