The world of smartphones moves quickly. Very quickly, in fact.

In just a handful of years, we’ve gone from a few basic apps and very basic cameras, to fully-functional multimedia devices, and apps for every purpose imaginable.

So what will 2018 bring us from the big manufacturers? 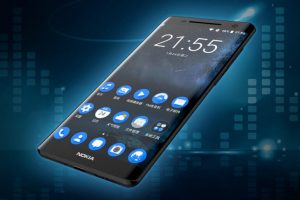 It might seem strange to start any kind of list about smartphone technology with a Nokia in today’s marketplace, but no. Nokia is no longer the corporate and technological, Windows Phone-based mess it was 10 years ago. Instead, it has reinvented itself as a real competitor in the Android market. Nokia, even when things were going from bad to worse, have always been great innovators, and they carry that on with the Nokia 9.

The Nokia 8 is already packed with great hardware, and the 9 looks like it’ll be a step further on from that. Rumors are of a camera with optical wide-angle and zoom functionality, and a display with a cinematic 18:9 ratio.

Full waterproofing will be included which, for an all metal body, is an impressive feat. Expect a release around the middle of the year.

Sony release smartphones at the rate of 5 or 6 a week, it feels like. There are now so many Xperia models out there, that it’s hard to keep up with which model does what. 2018 will undoubtedly bring more, but what will they contain?

Dual 12MP rear cameras, and a single 15MP front camera lead the way, as well as a 5.5 inch 4K display. After basing all Xperias on a single design, Sony look like they’re going to make a change. It’s unclear how, but we’ll see soon enough as Sony like to make announcements in late February. More controversially, along with a USB-C connector, the headphone jack will be no more. Following Apple’s lead, we could be starting to see the end of the humble jack plug. 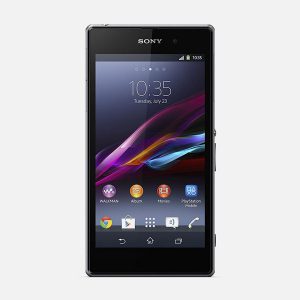 The LG G6 was a great smartphone, but it just seemed to get really old, really fast. The G7, though, is destined to be right up to date on both hardware and software fronts. Dual rear cameras are expected in a lot of upcoming models, and the G7 isn’t likely to be left out. Add in a Quad HD display and an 18:9 display ratio, and it should all be a feast for the eyes.

Following on from the P9 and P10, you might think that we’ll see a P11. However, rumor has it that we’ll actually see a P20. Whether this leaves room in between for well-specc’ed mid-range devices remains to be seen.

What we do know though, is that the P20 is likely to be bezel-free. Most makers are moving to full-face displays, and Huawei are about to catch up. 18:9 is also the likely ratio for the display, like other manufacturers have moved to. The cameras, though, they promise to be something else altogether.

Triple rear cameras totalling 40MP, and a front “selfie” camera at 24MP blow most of the competition away. We’ll see, in time, if the quality matches the numbers. 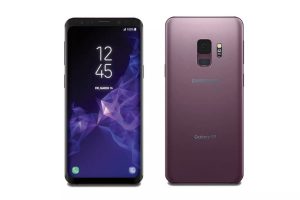 And so to the first of the really big boys. The S9 is unlikely to be fundamentally different from the design of the S8. Samsung have, though, moved the fingerprint sensor in answer to complaints about the location on the S8.

A front iris scanner is believed to be present, with less certain information about facial recognition being spread. Dual rear and single front cameras are fast becoming the new normal on flagship phones, and the S9 will be no different. Super Slo-Mo is also said to be available on Samsung devices for the first time. All in all, though, the S9 is evolution, not revolution.

At this stage, we don’t know whether the iPhone X was a one-off for the 10th anniversary, or the start of a new line for Apple. We’re assuming there will be an iPhone 9 in September, as has been Apple’s traditional release period. Having 2 flagship models is confusing for consumers, even ones as bought-in as Apple’s base. Time will tell.

All Apple releases are pretty muted updates from the previous device, so don’t expect any mind blowing changes here.