In the early days of cellphones, when Nokia ruled the world, you practically had to put a phone through the crusher to break it. They were solid things, with small displays and were built to last. Aside from the build quality, the operating system didn’t go through the changes we see now with Android and iOS. Nokia’s dominant Symbian OS wasn’t expected to provide the kinds of features that are now staples of any mobile OS. No app store, few games, with a basic browser and e-mail facilities. Audio and video playback were part of it, but the whole OS didn’t really stretch very far.

This meant that cellphones didn’t really age like they do now. Instead, people would have the same phone for years, and manufacturers didn’t guilt people into upgrading. Once the original iPhone got traction, and Google really started investing in Android, things changed quickly. Now, you’re lucky if smartphones are still getting updates a couple of OS versions down the line.

The Chicken and Egg Conundrum

Moore’s Law states that the number of transistors in a single integrated circuit will double every 18 months. More transistors means more speed, and more speed must be good, right? Yes, and no.

Developers used to be able to squeeze every drop of performance from a CPU, however lacking in power it might be. They had to, really, as that was what they had to work with. Now, though, with every more powerful and faster processors, and ever increasing memory available, there isn’t the need to work quite so hard. Give a modern day developer a ton of power for an app that only requires an ounce, and he’ll use every single bit of the ton available, it seems. 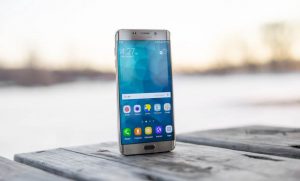 The end result of this is that no effort goes into making sure new apps can run on older devices. Many will, but more by luck than good memory management. By extension, this means that phones even only 3 or 4 years old might not be able to cope with newer apps.

There are really only 2 mobile operating systems on the game. Google’s Android and Apple’s iOS have dominated smartphone software for the last 8 years. But how do they cater for phones a couple of generations old? There is obviously a benefit to any manufacturer if customers buy their products regularly, but how far will they go to make that happen?

Samsung limit their Android update period to 2 years, after which many devices will no longer get OS updates, although they will still receive security releases for a further year. After that point, you’re basically on your own. In case you’re wondering why we’ve suddenly started talking about Samsung instead of Google, it’s simple. Google release any updates to the manufacturers, who then brand it and re-work it to their own needs. At that point, they push it out to the network carriers, who do they’re own bit. Eventually, the update rolls out to all the phones on each network who are eligible.

We mention Samsung simply because they have more devices in use than the rest put together.

To be fair to Samsung, they don’t hide the fact that they stop providing updates after 2 years. Apple, though, they took a whole different approach and got caught with their fingers in the cash register. 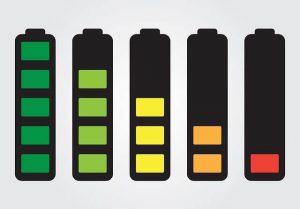 If you are the only people making both the hardware and software for your product line, you have an inbuilt (literally) advantage. Apple will usually fully support iOS upgrades on any device for about 3 years. After that, there will be no new versions, but minor updates might last another couple of years. Sounds good? Absolutely! 5 years is probably enough for anybody to then change their phone. But Apple, while handing out updates with one hand, were picking your pocket with the other.

With these “minor updates”, Apple were pushing software changes that were designed to deliberately slow older devices down. The only reason any company would do that would be to produce the illusion that the device was at the end of its life. And that’s exactly what Apple were doing. All that loyalty they’d had for a decade from people who would buy Apple devices at premium prices “because it’s Apple”? Well, how’s that for a kick in the teeth? Apple, for their part, claim they did it to preserve the life of what were, by then, old batteries. They are also fighting the resultant 59 class action lawsuits vigorously.

We can’t help thinking that their defence would have stood up a little better if they hadn’t done what they did in absolute secrecy. What Apple did smacks of profiteering, whatever excuses the company come up with. They’ll recover, of course, Apple always do. Whatever your views on this case, history tells us that Apple fans will always be Apple fans. And that means unwavering faith in Apple and their products.

Whether open and honest, like Samsung, or devious and secretive, like Apple, smartphones do have a limited lifespan. You don’t actually need to update your phone as soon as it stops receiving updates, but you’ll be lucky to stretch it to another couple of years. And that’s assuming you don’t drop it and smash the screen in the meantime. The bottom line is that whether it’s Apple, Samsung, comeback kids Nokia, or even Google themselves, the cycle is broadly the same.

The lifespan of a cellphone simply isn’t what it used to be, that’s the top and bottom of it. Partly it’s because smartphone construction is fundamentally different to, say, a Nokia 3310. Partly it’s designed to be that way so producers can maximize profits. We live in a society which is increasingly disposable in nature. Everything has to happen now, and yesterday is just nowhere. It’d be nice to think it was different for an industry where $1000 is fast becoming normal for a new smartphone but, alas.

If $1000 is considered a disposable value, then perhaps the battle for any kind of longevity is already lost.