When you compare three smartphones that all cost the same price, it immediately takes out one of the reasons to favor one over the others. But, that also makes it a straight fight on features and performance.

With that in mind, we compare the Kyocera Hydro Air, Motorola Atrix 4G and HTC Inspire 4G. All are great phones in their own right, but all cost just $69. But which takes the crown in this bang-for-the-buck shootout?

Yes, really. Then again, if you don’t believe me, check the price out on Mr Aberthon for yourself. The fact is that these 3 go way beyond what you’d expect from a smartphone costing less than a dinner for two at a modest restaurant. 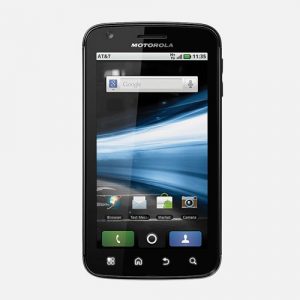 When you consider that the new iPhone costs a thousand dollars, $69 is a real bargain. Okay, we know these aren’t the iPhoneX, but they are proof that you pay for the name all too often. Kyocera might be a relatively new(ish) name in the US, but HTC and Motorola have been around forever. In fact Motorola, not so long ago, was the kings of smartphones. What it all means is that these 3 companies know exactly what they’re doing. They know what goes into making a great smartphone.

Some other devices would clearly be technical upgrades from the Hydro Air, Atrix and Inspire, but they’d also be huge price upgrades. Or downgrades. Whatever, there’s no denying the pedigree and quality of these 3 fantastic phones, however inexpensive they might be.

Many of the differences that do occur in this comparison are on the screen and camera components.

For the purpose of a fair comparison, we need to start with the display itself. If you’ve been used to a 4 inch display on, say, an older iPhone, then the 4″ and 4.3″ screens of the Atrix and Inspire will look familiar and comfortable. But, by the same token, the Hydro Air display will look huge. An inch doesn’t sound a lot but, in smartphone display terms, but it is a massive amount of extra screen space.

Movies and games suddenly become just, well, better on a bigger screen. The Hydro Air and Atrix resolutions are the same resolution, with the Inspire 4G being just slightly lower.

It’s been a while since any decent smartphone failed to include a front camera, and is an oddity here. Not only that, but that they saw fit to have an 8MP rear camera makes the decision even stranger. 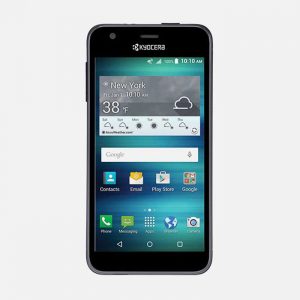 Normally, we’d expect to see battery size affecting weight. But, here at least, it doesn’t quite work that way. The Inspire, which is almost the same case size as the Atrix, but has a smaller battery, is over a full ounce heavier. Does an ounce matter, really? It does, actually. If you have a shirt pocket or a small purse, an ounce will take a little getting used to.

The extra 3/4 of an inch on the Hydro Air, and the much bigger battery, doesn’t really translate to extra weight. As well as that bigger display, and a battery with twice the capacity of the Inspire, there’s that extra camera. Still, though, it’s half an ounce lighter than the Inspire. Go figure.

By far the biggest physical difference, though, is the inclusion of IP57 compliance by the Hydro Air. The Hydro Air name is rather a bit of a giveaway, in case you don’t know what IP57 is. IP stands for Ingress Protection, and describes how good a device is at keeping dust and water out. IP57 shows that the Hydro Air will withstand being in up to 3 feet of water for 30 minutes. Tellingly, it’s the only one in this list that has such protection.

In terms of storage, all have a reasonable amount of internal storage but with the Atrix coming out on top with a generous 16GB. All, though, have a MicroSD card slot to add up to another 32GB. This should be enough for several movies or a ton of audio files.

Video recording is available on all 3, however only the Hydro Air can record in Full HD. The others are restricted to 720p, but this should still be enough for most needs.

The Motorola Atrix has a seemingly out of place fingerprint sensor. Usually, such things would be on much more expensive models, but Motorola have put one in the Atrix. Fingerprint sensors do offer added security to waking the phone up. Not only that, but they are also useful with apps that utilise the technology. 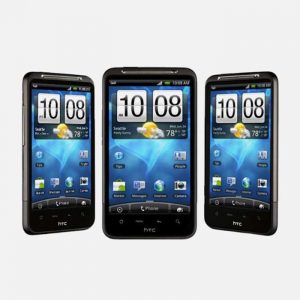 …but not always by nature.

The names of the Motorola and HTC devices both contain “4G”, but neither of them are actually 4G ready. In fact, only the Hydro Air, which doesn’t have 4G in the name, is 4G ready.

However, both the Atrix and Inspire do utilise some technical wizardry to get the most out of their 3G connections.

The Motorola Atrix and HTC Inspire are great smartphones. However, being up against the Kyocera Hydro Air does expose some limitations. The lack of a front camera on the Inspire is a big issue, however the lack of 4G on both that and the Atrix is even bigger.

The dust and waterproofing on the Hydro Air is also a big advantage, and the bigger battery and better video capture resolution just takes it off into the distance. Notwithstanding how great the others are, this does leave them slugging it out for second place.

That doesn’t mean the Atrix and Inspire aren’t great phones, though, because the absolutely are. But they’re just not the Kyocera Hydro Air.