Samsung and Google are probably the two biggest players in the Android world. They are rivaled only by Apple in the bigger smartphone world. One is the biggest manufacturer with the most popular phones, and the other is the company who makes it all happen  by providing the operating system. Google has been dipping into the device market for years, with its Nexus range of phones and tablets, but it’s only when the Pixel was released that it signaled their intention to take on Samsung and the rest.

So how do these two flagships smartphones stack up in competition?

We can’t sit here and tell you one is better looking than the other, partly because it’s no more than an opinion, and partly because we think they both look great. The Pixel, though, does incorporate something pretty unusual into the design, from top to bottom, the phone gets thinner, creating a very slight wedge. It’s barely noticeable to the eye, but is quite obvious if you use the phone for a while and then turn it the other end up. The difference is only about 1/20th of an inch, but it does make a difference.

Both are heavy on glass and metal, and it’s the glass which actually just gives the S8 the edge – literally – in the beauty stakes. Samsung have been using a curved edge on their Note devices for a 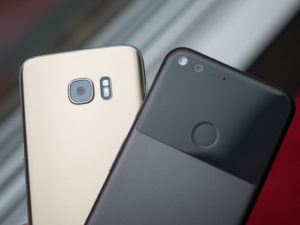 year or two, and have now brought this to the Galaxy S range. The way the glass falls around the edges of the body is stunning, and makes the whole thing look incredible.

Both the S8 and the Pixel incorporate fingerprint scanners for added security, and both have made the same mistake of putting them on the back case. This has never been convenient, and we do wish more manufacturers would take Sony’s lead and put them in the power button on the side, so waking up the phone and unlocking it is a single process in a logical place. Curiously, Google havn’t gone for Iris recognition, whilst Samsung have been selling it as one of the must-have reasons for the S8.

After Apple’s decision to ditch the headphone socket with the iPhone 7, we all wondered who would follow suit, and the answer is not Samsung or Google. Or at least not yet. Rumor is that the Google Pixel 2 will remove the headphone socket, which may well prompt Samsung to do the same with the S9. The reasons are threefold. First, the new USB-C standard is capable of carrying audio quite happily. Second, the upcoming Android 0 is said to fix all the mish-mash of Bluetooth standards that exist, by building a high quality application of it into the OS. Third, in a world of increasingly slim designs, the 3.5mm jack takes up precious room inside the case.

The raw figures tell us that the S8’s 1440x2960px @ 570ppi display should be streets ahead of the Pixel’s 1080x1920px @ 441ppi version, but it isn’t such a big difference in practice. Past about 350ppi, the human eye can’t really distinguish any difference, so it all comes down to the actual resolution. Although packing in fewer pixels, Google’s display is stunning, and easily matches the S8 in real world use, even if the figures don’t suggest it.

Both displays have superb clarity and color rendition, and look as crisp as any we’ve ever seen. Despite what we know about the specs, we wouldn’t be in a rush to choose the S8 over the Pixel on that score. However, if you’re big into VR, FullHD struggles to keep up a little, and here’s where the higher resolution of the S8 display might make enough difference for it to be an issue. 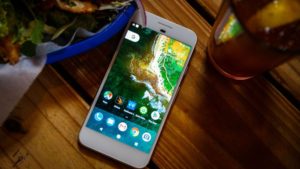 In terms of Megapixels, there’s little to choose front or rear, with the Pixel having a slightly higher MP count on the rear camera of 12.3MP compared to the 12MP of the S8. In use, there’s also little to choose. Both are amongst the best available, regardless of MP count, and both produce excellent images in all conditions.

If we had to be picky, we’d say the Pixel just about has the edge in low light, helped in no small part by the ability to swipe up and down the screen to increase and decrease brightness easily. You might expect this to reduce image quality, but Google manage to control noise and other problems very well.

The S8 has more in the way of manual controls, but this is something most users won’t worry about, so neither will we. Filters are, of course in evidence on both, as are many other “enhancements” and gimmicks, but the bottom line is that cameras on both devices are excellent and won’t disappoint.

Both devices are also able to capture 4K video, as is becoming fairly standard on higher-end smartphones.

Like with the display resolution, the Galaxy S8 Octa-Core processor is a real step up from the Quad-Core affair in the Pixel, but you wouldn’t know it when using either phone. The Pixel is every bit as responsive and as fast as the S8, with no evidence that there is any kind of difference in raw processing power.

4GB of RAM in both will undoubtedly help with performance, and this may be where the Pixel makes the most of using a Google operating System on a Google device. Most manufacturers put their own top layer onto the stock Android interface, and Samsung are no exception. This addition inevitably means more power and memory is needed. On the Pixel, Google have done nothing to embellish the Android GUI, and so the processor isn’t doing quite the same amount of work as it is on the S8, where the CPU is having to cope not just with the OS, but also with Samsung’s version of how it should look. 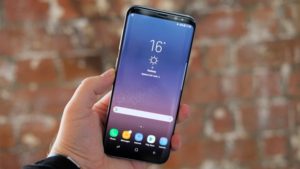 It’s a theory, but it feels logical to us.

The S8 carries a bigger battery, which will be necessary due to the extra power the bigger processor needs to operate effectively, and yet official figures indicate that the Pixel will provide more talk time than the S8. We’d never take manufacturer figures at face value but, as long as they’re all manipulating the tests in a similar way, it’s a reasonable benchmark of sorts. Curiously, Samsung don’t provide figures for standby time, but tests show the 3000mAh battery is more than capable of allowing the S8 to sit idle for days on end without significant drain on the battery. Google manage to squeeze a remarkable amount of power from a significantly smaller capacity, which also helps keep the overall weight down.

There are two issues with the Google Pixel that we need to raise.

Protection From the Elements

The first is that it includes only limited dust and water protection, able to only resists some light mist and the odd splash. Drop it in the bath, and forget it, it’s probably not coming out alive. This is in contrast to the IP68 rating of the S8, which gives dustproofing and water resistance for up to 30 minutes in up to 6 feet of water. The pool and beach hold no fears for the Galaxy S8, but could be fatal for the Pixel. Quite why Google thought this was a good idea is bizarre, as even mid-range smartphones are IP68 (or IP67) these days.

The other issue is the lack of a MicroSD card slot on the Pixel. Apple have long been criticized for refusing to add a card slot to iPhones, instead preferring to simply up the price for more storage in the lineup. This is another of those “Why would they do that?” moments which defies logic. Add the fact that Google have only 2 options in the range, 32GB or 128GB, and it’s a very odd setup.

We said there were 2 issues, but we’re going to slip a 3rd one in.

How It Affects The Wallet 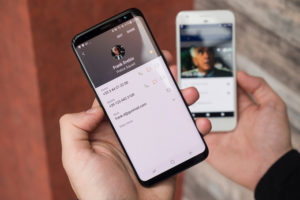 Flagship smartphones are expensive, like salary-busting expensive, and yet Google decided even this wasn’t enough. On release, some outlets were trying to squeeze consumers for nearly $900 and, even with the Pixel 2 only a month or two away, the retail price is still $840 or thereabouts. This is a ridiculous amount for a phone, we don’t care how good it is. The price will inevitably drop when the Pixel 2 gets close to release, but still.

The S8 is costly enough and, given that the Pixel doesn’t outdo it in any department, we’re interested to see if Google remove the novelty premium they undoubtedly added to the Pixel price, when announcing the Pixel 2.

If we just look at performance above all else, there’s nothing to choose between the Galaxy S8 and the Pixel but, if we extend this to the lack of a MicroSD card slot on the Pixel, the overall better looks of the S8 with its curved edges, and Google’s insistence on picking the pockets of its customers with both hands, then we feel it necessary to recommend the S8. Not by much, and if storage and price are lesser issues for you, then you won’t be disappointed with the Pixel.

In short, they are 2 very fine smartphones.