If you’ve never had a cellphone that hasn’t frozen or seemingly died for no reason, then you are one of the lucky ones. For most of us, soft and hard reboots are just something we’ve come to accept and, eventually, expect. However, getting them up and running again is actually pretty easy and straightforward.

What You Should Have Already Done

Regardless of whether you have an iPhone, an Android device or even a Windows Mobile phone, it’s crucial that you have all your stuff backed up. Your actual backup priorities will be very much down to your choices, but remember this. Apps can be re-installed easily. Both Apple and Google helpfully provide you with a list in your app store account to save you having to remember 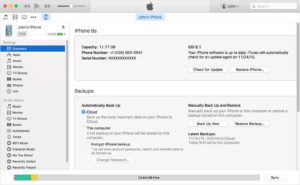 what you had. It’s true though that this won’t automatically restore your app settings. So you’ll need to do that if it’s important to you. But, otherwise, if you’re tight on backup space, stick to your contacts, photos and even text messages.

Without a backup, you can kiss goodbye to all your stuff if you ever need to do a hard reset (see below) of your phone.

When A Reset Isn’t Actually Needed

Often, if your smartphone seems to be misbehaving, simply restarting it will usually have the desired effect. Some devices will offer a restart simply by holding down the power button for a few seconds. Others may need to actually be shut down and started again. Whatever you need to do, this will often clear out any apps that haven’t closed properly or issues with the OS. The most obvious symptom of a rogue app is that your battery is suddenly down to 20% or less in just a few hours. Restart and you’ll be fine. Other minor gripes are also often resolved by a restart. Therefore, make this your first option if you can.

This is by far the most commonly required reset process. It is something that almost all of us will encounter at some point. A soft reset will recover most frozen phones or if you have app crashes, error messages and lots more. No data is lost with a soft reset and should always be tried first. 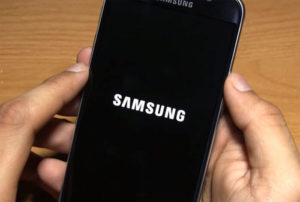 A soft reset can only be done if the phone is still responsive in some way. It is done with a button press combination.

Also known by Apple as a “Force Restart”, there are now 3 methods of soft resetting an iPhone. It depends on the age of the phone and possibly what version of iOS you are running. For the iPhone 6 or earlier, press both the Home and Sleep/Wake buttons for about 10 seconds until you see the Apple logo, and release them. The iPhone will restart. Because the iPhone 7 and later have no physical Home button, the process is amended by using the Volume Down button and Sleep/Wake instead. Again, hold the buttons down simultaneously until the Apple logo appears, and release them to soft reset the phone.

Because of the number of manufacturers producing Android smartphones, sometimes the process can be slightly different. Yet the vast majority of phones will work with this process. Hold down the Power and Volume Down buttons together for about 5 seconds, until the screen goes black. At that point you can release the buttons. The phone should reboot without issues. If you are using a Motorola device, then it is Power and Volume Up (instead of down) that will work.

What all of us fear, the hard reset will basically wipe everything from your phone and reset it to the factory defaults. If you have a backup, as mentioned at the top of this article, reinstalling your contacts etc. will be done in the setup process. It will make it all a little easier to deal with.

Note: If you wish to reset your phone because you are selling it or giving it to someone else, there is an option in both iOS and Android settings to do that without going through the process here. This hard reboot is for those who have an unresponsive phone or one that won’t boot.

Apple forces you to use iTunes to effectively wipe your phone if it won’t start or run for long enough for you to enter settings and do it that way. Once plugged into your computer and iTunes is running, it should recognize your phone even if it appears bricked. Then do the following depending on your iPhone model.

On an iPhone 7 or iPhone 7 Plus: Press and hold both the Side and Volume Down buttons at the same time. Keep holding them until you see the recovery-mode screen.

On an iPhone 6s and earlier, iPad, or iPod touch: Press and hold both the Home and the Top (or Side) buttons at the same time. Keep holding them until you see the recovery-mode screen.

At this point you should see the option to restore or update your iPhone. Choose Update and iTunes will download software for your iPhone and the phone will enter recovery mode.

Hopefully, that will solve any serious issues, but you are likely to have to start from scratch with the setup process. 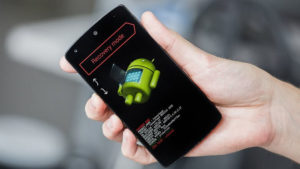 Google have made things a little easier by allowing you to boot into what is, effectively Safe Mode. If you can, turn off your phone before you do anything else.

Hold the Power/Volume Down buttons simultaneously until you see the Android Bootloader Menu.

In the Bootloader Menu, use the volume buttons to select “Recovery Mode” and press the Power Button to action it.

The words “no command” will appear on a black screen

Press and hold the power button and, whilst pressing it, press and release the Volume Up button

You will now see a list, of which you should select “Wipe Data/Factory Reset

You will lose your data, but you should ad least get your phone back working.