Recently, more and more manufacturers have been creating smartphones which will survive drops into water, or use on a beach. We talk all the time about IP ratings, but rarely explain what that actually means. IP stands for “Ingress Protection”, and is a measure of just how sealed a device is against water and dust getting in. Obviously, the better the seal, the less likely you’ll kill your phone if it happens to get wet.

In the smartphone world, you will normally see a phone rated (if at all) as IP67 or IP68. The “6” indicates that the device is able to completely  resist dust getting inside. The “7” or “8” indicates how water resistant the device is. If it is IP67 compliant, the device is able to withstand being in water up to 1m (3 feet) depth for up to 30 minutes. If it is IP68, then it can withstand up to 1.5m (4.5 feet) for 30 minutes. That may not sound like much of a difference, but the kg/cm2 pressure at 1.5m is almost double that at 1m. It is the pressure which will cause seals to fail, so that extra protection might just be crucial.

That’s not to say you should routinely go swimming with your IP68 phone in your pocket, just that you needn’t worry if you do, as long as you realize quickly.

By “watersports”, we mean sports on or around water, but not necessarily in water. As an example, taking a video whilst water skiing is fine, taking a video whilst deep sea diving isn’t. These phones are built to survive splashes and temporary immersion, they are not underwater camera systems. You want that, you need to buy a dedicated underwater smartphone case or a specialist camera.

So, if we assume the following phones all comply with either IP67 or IP68, which is best suited to activities on the water?

All the great stuff of the S8, but in a tougher package. The “Active” in the name is the giveaway that this is a phone which can do things differently. As well as being IP68 compliant, it can survive knocks and drops better than most high-end smartphones. Massive battery life means not having to run back and forth to a charging point to. On top of all that, the legendary quality of the Galaxy S cameras means you’ll get the best footage possible.

The only drawback is that the S8 Active is a little bigger than the S8 and quite a bit heavier. This might make one-handed operation tough for some people. Assuming you can handle the extra girth, though, it’s a great choice. 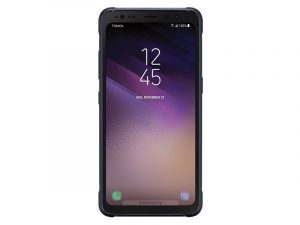 As well as having an IP68 rating, the V30 has the added advantage of true wide-angle shooting. This means less panning, and spectacular footage whether sailing, skiing, kayaking or even diving.

There are also some great video-edit tools included in the software, making getting your footage online a breeze. 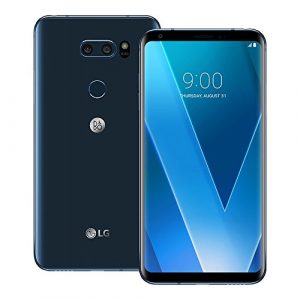 Of all the phone sin this list, this is about the only one where you might actually get away with using it underwater. At least briefly. The S41 is one of the toughest phones on the planet. As well as being protected from almost any potential damage, it can survive in 6.5 feet of water for an hour.

The camera isn’t quite so good as other flagship models, but we wouldn’t go snorkeling with those either. 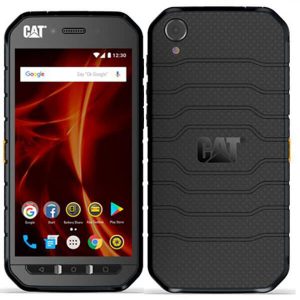 As the name suggests, the GoPlay  is that little bit more capable when it needs to be. Alcatel even allow the volume buttons to trigger the camera shutter underwater, which is terrific. And that is in spite it only having an IP67 rating. Ordinarily, this wouldn’t mean a phone is for use underwater in any circumstances, but Alcatel are clearly confident in the GoPlay’s durability.

The GoPlay is also much cheaper than many phones here so, for a vacation phone, it is ideal. 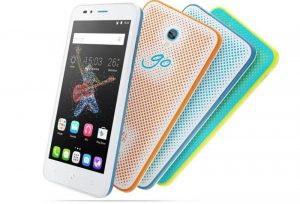 And The One That Got Away – iPhone SE

iPhones have become bigger and bigger over the last few years, with the exception of the SE. It has all the hardware (or most of it) from the iPhone 6, but in a much more compact design. This means the iPhone SE and active shooting are a good match. 4K video makes it all a no-brainer, too.

Except Apple’s consistent refusal to make iPhones waterproof until very recently rules it out. If you’re careful, then the iPhone SE is still a great choice for use around water, just don’t drop it. 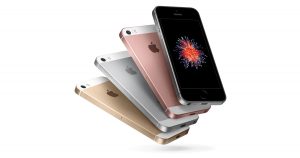 No smartphone will ever declare itself completely waterproof. The best we can hope for is that it survives long enough to withstand water pressure at specified depths. However, the phones here offer just a little bit more should you take your precious phone into environments it might not agree with.