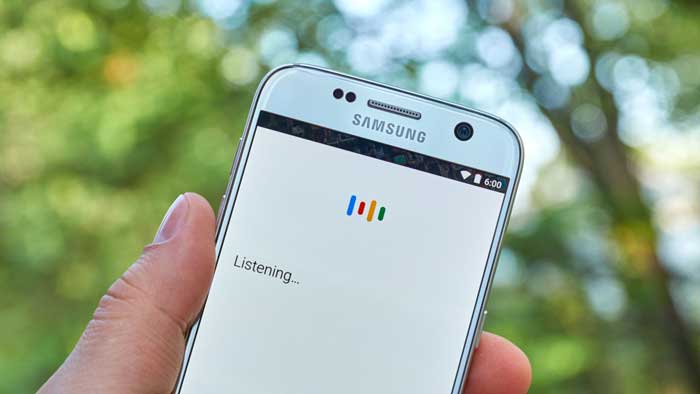 Google Now is Google’s – and therefore Android’s – answer to Siri and Cortana. With all the weight of the world’s biggest search engine behind it, it’s probably fair to say that the service is well equipped to find an answer for just about anything. Here, we take a look at some of the best hints and tips when using Google Now.

How to Navigate Google Now

Within the Google Now settings, you can activate an “OK Google Detection” setting. This will let you say “OK Google” on any screen and the app will respond and await your request. There’s a little bit of voice training required to make sure the app isn’t starting when it hears similar words, but that’s it. After that, as long as the screen is awake or the phone is charging, “OK Google” will have the desired effect.

You can use a lot app names in OK Google commands. It will work as long as the app is installed on your phone. You can send texts, make calls, use WhatsApp and more, simply by a simple command like “OK Google send a text”. It doesn’t work with all apps, but the biggest are well catered for. It will even find help for almost any text if you need it.

Whatever you type into a google search box, you can do with Google Now. If, for example, you want to know more about GOT’s Emelia Clarke, just ask “Who is Emilia Clarke”. For real people, the information is usually drawn from the Wikipedia page summary for the person. But Google Now will also try and find out about TV and movie characters. Try “Who is Daenerys Targaryan”, and you’ll get the full run down on the Mother of Dragons. At the end of which Google Now will likely complain about how much information she’s had to read. You can also search for images this way with the “Show me pictures of [name]” command.

Say “OK Google what is Spanish for that is very expensive”, she will read it back to you in perfect Español. It isn’t absolutely flawless with some languages, notably Slavic or other Eastern European languages, but it comes very close. Yet itt is excellent with the likes of Spanish, French, German etc. It is also more than capable with Mandarin Chinese and Japanese.

One of the most useful of all digital assistants is the ability to follow commands. It can set reminders, set an alarm, add to a shopping list and more day to day stuff we all need. Google now extends that with location-based reminders. If you don’t know when you’ll be at the store but know that you need milk, just ask Google Now to remind you. You can do so by saying “OK Google, when I’m in Walmart remind me to get orange juice”. You will be asked if you want to save it, say yes and you’ll get the reminder when Google detects you’re in the store.

No, not with your phone. I mean, who’d ever do that? No, instead, say “OK Google call my wife”, and she will ask you who your wife is. Say the correct name in your contacts, and the relationship will be remembered for next time. You can do this for anybody in your contacts list. But remember it will only work with recognized relationship terms. Therefore “Call the old geezer” probably won’t work. 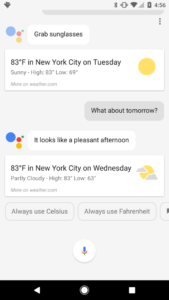 When dictating a text, email or any other document, Google Now will recognize Emoji phrases. It will understand a sad face, smiley face etc. No more “colon dash open parenthesis”, thank goodness!

Really, there’s not much Google Now won’t be able to help with. Get the status of a flight, get traffic info for your trip, even get Google Now to remind you it’s time to leave so you can be somewhere on time. The power of Google is always with you. Ask it to convert foreign prices to dollars so you know if you’re getting your money’s worth. Or get information from mails you’ve received in Gmail – even things like tracking a package if you have the tracking number.

Google Now has a ton of great easter eggs, those hidden gems that developers build in to add a bit of unexpected pleasure. Ask “How much wood could a woodchuck chuck if a woodchuck could chuck wood” or, if you’re a Python fan, ask about the speed of flight of an unladen swallow.

Google Now is great on every level, it’s fast, it’s fun and it’s incredibly useful. It has come a long way from Google’s initial – and quite terrible – attempt at making a digital assistant, and will be a bigger help than you ever thought possible.