Battle of the Hotspots: Netgear Unite Pro Vs ZTE Velocity 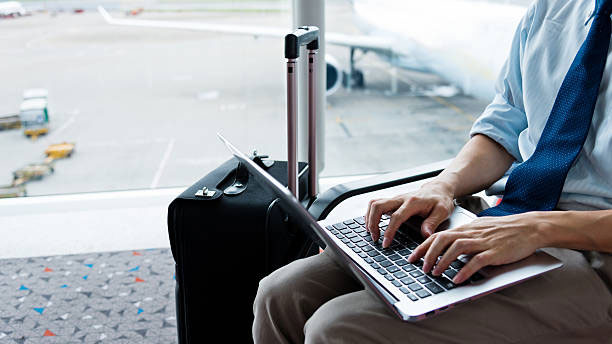 When we do comparisons between some devices, it can sometimes be difficult to stay objective. Over the years, as with anything, you just take a shine to some things over others. Cars, restaurants, colas, movies, just about anything in fact.

So, when it comes to two things which you’ve always admired being lined up side by side, emotions are mixed.

The Netgear Unite Pro and ZTE Velocity are two mobile hotspots which stand above most of their competitors, and with good reason.

The Netgear Unite Pro and the ZTE Velocity come from very different backgrounds. Netgear are, and always have been, one of the biggest manufacturers of routers, data switches and other networking equipment. This means that the Unite Pro comes from a pedigree which is unquestioned. ZTE also have a background in data communication and transfer but, until fairly recently, hadn’t made so many waves in the US marketplace. ZTE are, though, in the top 5 smartphone manufacturers in China, and they are now promoting their phones and mobile hotspots extensively around the world.

So, we have two real heavyweights of their class, and it shows in how good they are at what they do. 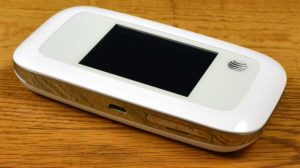 First Glances Can Be Deceiving

If we look at the table above, a quick scan of the data in each column will tell you that the Velocity is easily outpowered by the Unite Pro, but there’s more to it than that.

The biggest difference that stands out is the battery size and life. We have to be honest here and say that it’s actually a pretty big deal. The Unite Pro 4020mAh battery does add a couple of ounces to the weight, but it also adds up to 60% extra charge life. The Pro can also handle 15 device connections to the 10 of the Velocity but, let’s be realistic, how many times will you need to connect 15 devices at one time?

Turning the comparisons around the other way is also potentially misleading. We’ve mentioned the much heavier weight of the Pro against the Velocity, and yet the Pro is actually slightly smaller in length and width, and only a fraction thicker. Normally, with such a large battery, we’d expect to see a much bigger vase size. Somehow, though, the Netgear techs have managed to do it without increasing the size significantly.

Both devices have dual-band Wifi, meaning a potentially better connection on the much less crowded 5Ghz band over the more common 2.4Ghz wavelength. Both offer a 4G connection and both also have a 2.4″ touchscreen display for everything from setting passwords to controlling guest logins. 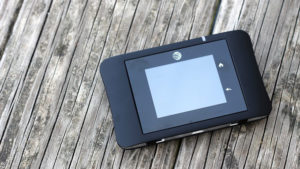 One of the biggest differences is the inclusion of a MicroSD card slot in the ZTE Velocity. That the Unite Pro – as with all the Unite models – excludes this is a curious decision from Netgear. The ability to carry files, be they video, audio or whatever, is probably a bigger deal for most people than the battery or number of connections. Certainly the ability to keep kids quiet on long drives without putting a strain on any data allowances will be appealing to parents.

We love the Unite Pro, we really do, but we also love the ZTE Velocity. But, in this age of multimedia, we can’t help leaning towards the Velocity with its MicroSD card slot. We’d likely be re-charging every day anyway, so the 6hr battery life difference probably wouldn’t be as big a deal as not being able to carry and share files.

However, it can’t be stressed highly enough that the Netgear Unite Pro is a fabulous mobile hotspot. It may have been pipped by the ZTE Velocity in this particular comparison, but that doesn’t mean it wouldn’t walk away with the honors against almost any other hotspot device.

At this level, differences are small enough to not be deal breakers.