Mobile hotspots are probably the most underrated cell phone accessory around. Given their relatively low price, they should be a part of everyone’s travel bag.

If you have young kids, you’ll know that sharing your phone or tablet is just an occupational hazard. You’ll also know, having found out the hard way, that they have no concept of data use. Whether it’s how much, or what they download. A good mobile hotspot will help you to control both of those things, whilst allowing up to 10 people share a single data connection.

The Unite Express is a budget-range offering from Netgear, one of the leaders in data devices and mobile hotspots. It is available from Mr Aberthon for just $59, or barely the price of family pizza night. Sometimes, the simple things are the best things, but does the Unite Express use simplicity as a tool or as a way to save money?

Scores For the Netgear Unite Express 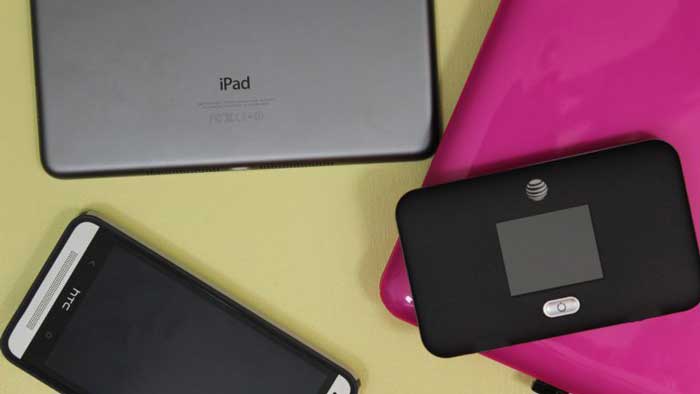 The Unite Express has been rated 4.3/5 by our experts at Mr Aberthon. They liked almost everything about it and felt it offered good value for the price. The score breakdown is as follows:

Just about anyone can find a use for a mobile hotspot, even if they don’t realize it. Families on a trip, business people on the road, people in WiFi dead spots, all will find a lot of use for the Netgear Unite Express.

For some, it will be an essential part of their business needs. Even today, not everywhere has a WiFi network publicly available. If you work on the road, as a salesman, truck driver or whatever, it’s useful to be able to get a laptop online when you need to. The Unite Express does all that, and with the absolute minimum of fuss. 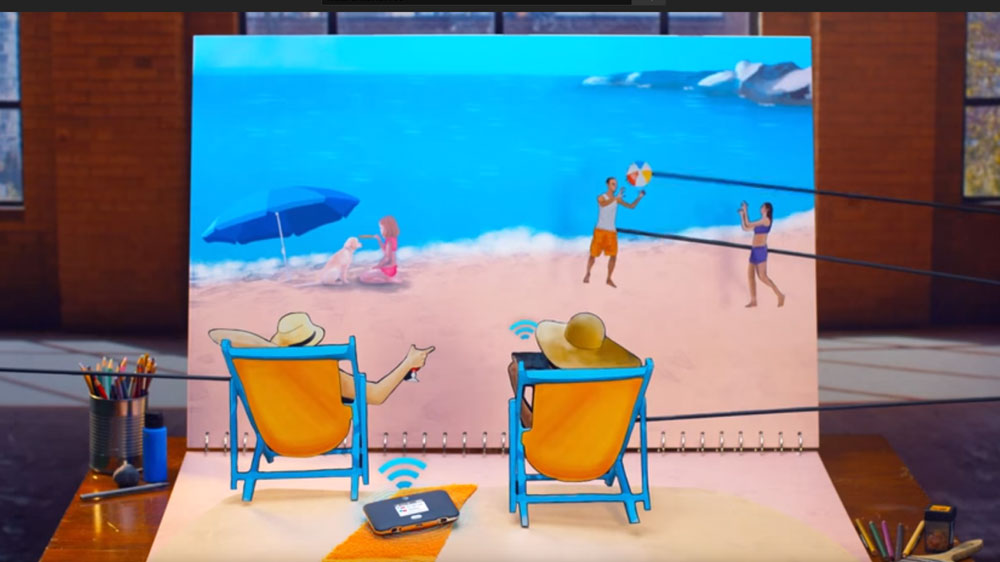 A mobile hotspot isn’t like a home router, although it does allow some of the same features in a roundabout sort of way. Just as you can connect a bunch of devices to your home network by using a password, so you do exactly the same with the Unite Express.

The device creates its own WiFi hotspot with a password that you set. Now when the network name appears on someone’s device, they can connect to it as long as you have given them the password. If you haven’t, they can’t. It’s as simple as that.

You can connect up to 10 devices at once, although it needs to be said that each of the 10 will take a share of the available bandwidth. Even though the Netgear Express is 4G, there’s still a finite amount of bandwidth available at any one time. If you have 10 people all trying to watch 4K movies, then you’ll hit a point where it just isn’t possible. This isn’t a limitation of the Unite Express, it’s a limitation of 4G services in the US at present.

The Unite Express uses 802.11 n WiFi which, whilst not the fastest available, still has a lot more bandwidth capacity than 4G can throw at it. 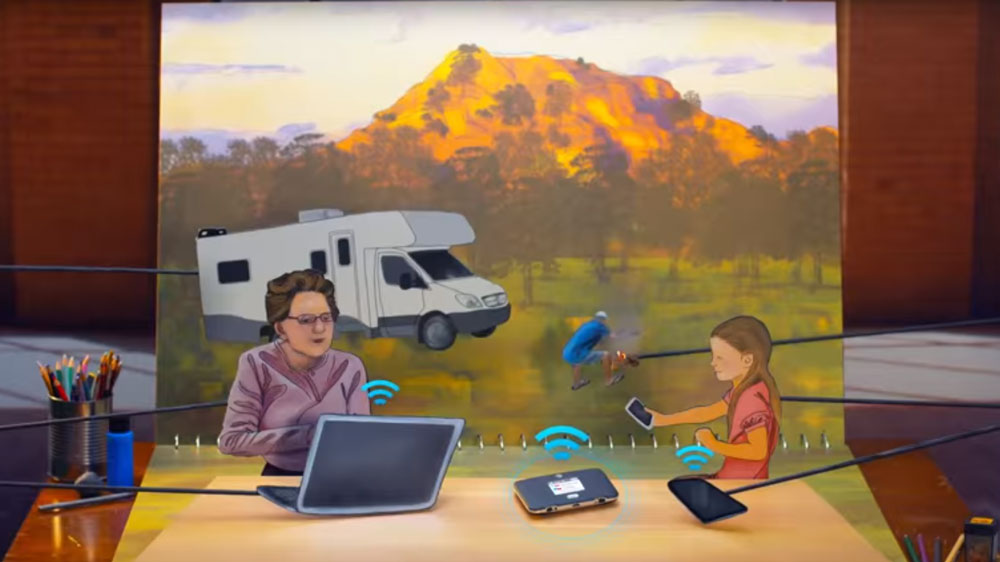 As well as using a secure password to access the network, you can also set up guest Wi-Fi access. This generates a random password that is single use only. Only one user can use the password, and it expires immediately on login. This doesn’t disconnect the user, but does mean that they cannot reuse the password if they disconnect. This is a great way to make sure young family members are sneaking online when you don’t know.

Public Wi-Fi in places like Starbucks is great, but it’s also potentially insecure. You don’t actually know who might be monitoring your activity online. Additionally, if you see the official WiFi network name as, say, “starFi”, would you automatically notice if it were “star_Fi”, or even “5tarFi”? Anybody with a smartphone or a laptop in the same place can create an ad hoc network with a similar name and an identical password. They can then monitor everything you do. Online banking login? No problem at all with the right tools.

With the Unite Express guest login, that can’t happen. Nobody knows the password except you and the person you give it to. If you use your smartphone on mobile data, it’s pretty secure unless you have an app that isn’t secure at all of course. The Unite Express recreates that same network security.

Price of the Netgear Unite Express

It’s a lot to ask someone to pay hundreds of dollars for a device they might use only a few times in any year. But $59? It’s a steal, frankly. You will get mobile hotspots with better features, but you’ll also pay a lot more. The best thing about the Unite Express is that you can set and forget. Unless you do use guest logins regularly, or want to change your network name or password, you’ll only ever need to go through the setup process once. Even then, it takes just a few minutes.

It does have its competitors, though, even at this price. Even within the Netgear range, there are similar devices, each with slightly different specs. As an example, there is no touch screen on the Unite Express. This really helps to keep the price down. As you go further up the Netgear range, you have the standard Unite at $99, the Unite Explore at $149 and you can go all the way up to the revolutionary and groundbreaking Nighthawk Mobile Router. Each brings new functionality at each stage, with improved performance. But, if your needs are reasonably modest, the Unite Express is a great place to start.

Design of the Netgear Unite Express 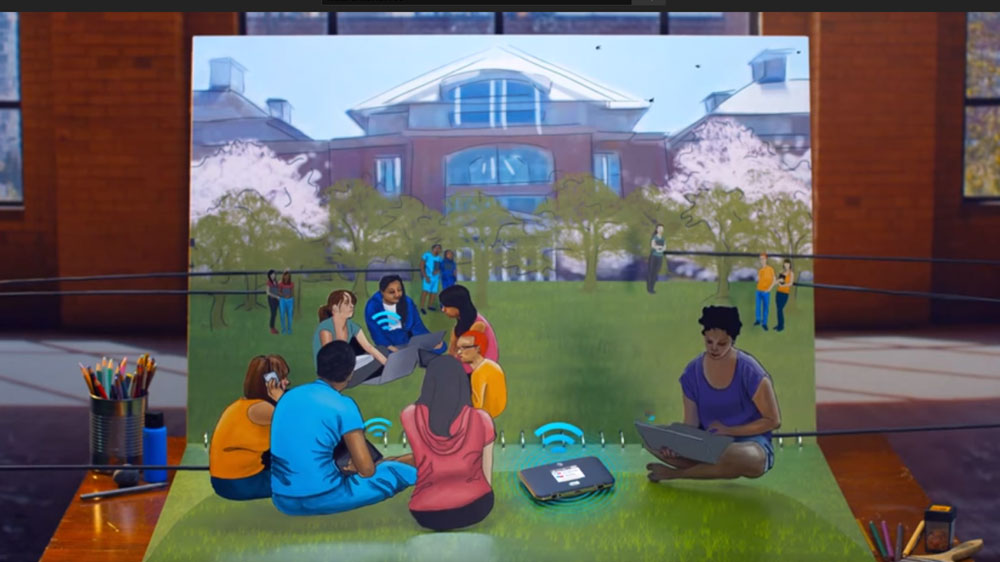 Mobile hotspots aren’t sexy by anybody’s standards. However they do need to be compact and light for maximum portability. Fortunately, the Unite Express is exactly that.

It’s about the size of a pack of playing cards, and about the same weight. The finish is a nice textured grey, and there is only a power button and the non-touch screen display to look at it.

Functional, is probably the best way to describe it, but, after all, what else do you need?

There are better mobile hotspots than the Unite Express, but they cost more. The lack of a touch screen is a little disappointing, but not enough to want to pay a lot more for the privilege of having it. Battery life is good, without being stellar, offering up to 10 hours continuous use. There’s no fancy stuff like being able to pass charge to another device, and there’s also no Micro SD card slot. Other devices a little higher up the chain have one or more of all those, so you do get only the basics with the Unite Express.

However, it is 4G, which some aren’t, and it performs very well. For the price, it’s tough to do better. 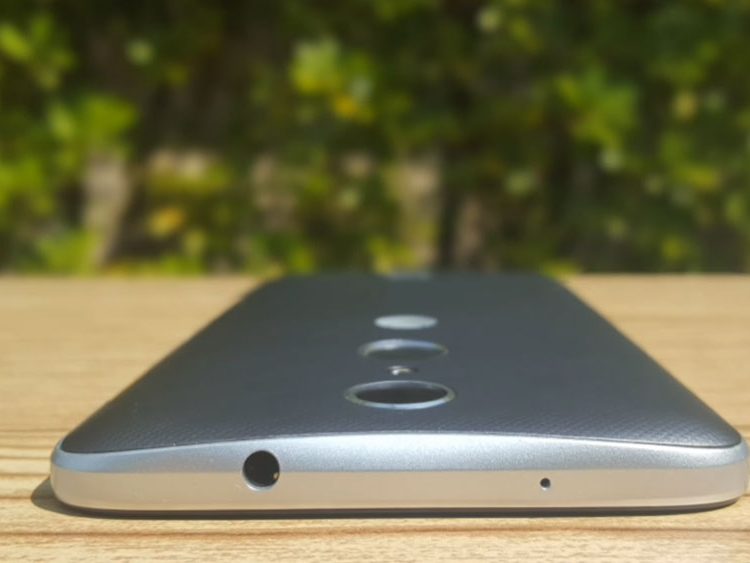