Eventually, you will get a new smartphone. The concern then quickly becomes how to move all your contacts, texts, apps and other things across from your old phone to the new. Thankfully, there are several ways to do it. None of which require anything much above a basic level of effort on your part. 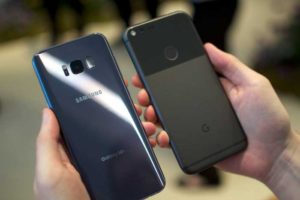 Your phone actually has a backup facility built right into Android itself. As long as it’s been switched on, you will have a backup of everything just waiting to go. That’s device settings, apps, contacts, calendar, email accounts, Wi-Fi settings, just about everything. The only thing that doesn’t get backed up is Texts, but we’ll get to that. Android automatically backs up into the free Google Drive account to which your phone is synced when you first set it up.

Back Up My Data

If you didn’t sync your phone, and therefore haven’t used the built in backup option, you need to activate it in Settings > Backup and Reset. Turn on “Back up my data” and Google will prompt you to sync to your Google account. If you don’t have one, you can create it in this step.

Apps to Help Out

For whatever reason, Google choose not to backup your text messages, but all is not lost. On some devices, such as the Sony Xperia range, the backup options are expanded to include a full checklist of what to backup and what not to. This includes text messages and a couple of other things. But if your device doesn’t offer this extended backup, then there are tons of apps in the Google Play Store that will do it for you. Many offer to backup and restore to and from many online storage services like Dropbox etc.

Moving from Android to iPhone requires the Move To iOS app from the Google Play Store. iPhones have their end of things built in. Yet you need the app to initiate the transfer from your Android phone.

Once installed on Android, as you are setting up your iPhone you will see an Apps & Data screen that has an option to “Move Data From Android”. Tap this and then open the app on your Android phone. Accept the terms and conditions and click “Next” to prompt the iPhone to produce a 6 digit code. Enter this code in your Android device and then just wait for the transfer to finish. You will get contacts, photos and videos, mail accounts, texts and calendar entries. Because Android and iPhone apps are different these will not transfer,. But iOS will do its best to install some free apps if they are available in both stores.

You should do all this on Wi-Fi, due to the amount of data to be transferred. 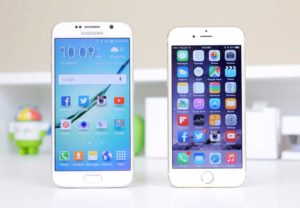 Not Quite as Simple

Going the other way is simple, as we’ve seen. But Apple’s “Hotel California” approach of letting you check out but never letting you leave makes it harder than it should be to switch to Android. To be fair, at least it’s now possible. A few years ago, it really wasn’t worth the considerable effort it took to go the “wrong” way.

If you use Gmail, your contacts are already synced with your account. So simply setting up the account on your Android phone will make your contacts instantly available.

Unfortunately, that’s where Apple started to make things difficult by putting obstacles in the way at every turn. Yet there’s an easy way provided by Google. Who ever knew Google would be the good guys huh?

Put simply, get the Google Drive app from the iPhone App Store and install it. You should then link a Google account to it. Go to Menu > Settings > Backup in the Drive app and choose what to backup. Again, no apps will be transferred, so prepare to do the legwork in the Play Store for those.

Depending on the amount of data you have, especially with photos and videos, this could take hours. So make sure you have a Wi-Fi connection that is reliable. Once complete, sign into your Android device with the same account you used for the Drive app. It will all be there for you. Like we said, easy.

As always, Apple would like to punish you for your betrayal. So you have an extra step to do if you want to get texts from iPhone users after you switch. iMessage is linked to a phone, not any kind of account. It will insist on trying to route texts sent from iPhones to your old device unless you unregister it. 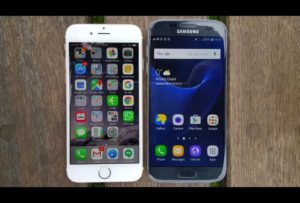 Thankfully, as well as punishing those who turn their back, Apple do reward those who remain loyal. Ensure that you have backed up to iCloud, which you probably have if you always planned to stick with Apple. Then simply move your sim card to the new iPhone and go through the setup process. As with the iPhone to Android process above, there is an option to restore from iCloud which will do everything for you.

If you happen to have 2 devices that both use iOS 11, Apple have built in a transfer by NFC option. Make sure you have a sim card in your new device (you don’t need a sim in the old one). Then put the phones close together to start the process. Follow the prompts to complete the transfer. Make sure you leave the 2 iPhones side by side until it finishes.

WhatsApp messages will never be transferred between devices. That is because they don’t actually exist on the device itself, only in your WhatsApp account. If all you are doing is changing devices and are 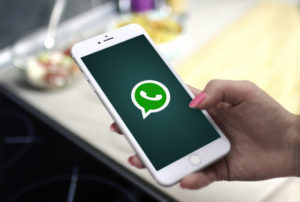 planning on keeping your current number, simply install the WhatsApp app on your new smartphone and login. You will then see your messages in the app.

If you are getting a new number, it’s a little bit more complicated. Firstly, your WhatsApp account must still be linked to the old number, or the transfer cannot take place. So make sure that’s the case in the app settings.

First, make a backup of your message history in the app by going to Menu Button > Settings > Chats > Chat Backup > Backup and start the backup. Google Drive is the official WhatsApp recommendation, so you will need a Google account to do this.

To change your number in the account, in the app on your new phone go to Menu Button > Settings > Account > Change Number. Enter the old and new numbers in the relevant fields and verify the new number using the verification code that the new phone will receive. The backup can then be restored in the app on the new phone.