It’s not all that long ago that cellphones were the preserve of rich grown-ups. Now, of course, they are everywhere, with the number of affordable phones and contracts increasing every day.

But at what age is it appropriate for a child to have their own smartphone? More to the point, once they have one, how do you control or monitor the sites they browse or apps they use? In fact, should you monitor them at all? Unfortunately, the modern world is such that all the great things that the internet enables us to do are also available to those who have more nefarious intentions.

And so, despite any potential mis-use of trust issues, it’s far more important to know your kids are safe. All too soon they’ll be away living their own lives, yet for now it’s your job to look out for them. 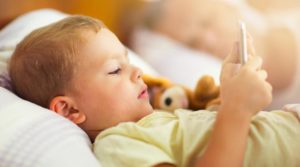 Although Android and iOS both have some parental control settings built in, they do little more than block certain behavior. If you need more control, there are numerous apps available which offer a lot more that the stock OS settings.

As names go, we’ve seen better but, as parental monitoring apps go, you’ll be pushed to find one that beats Qustodio. As well as being able to block which websites and apps are accessible, or to restrict access times, you can track just about everything your child does online.

A clear, easy to read dashboard, available only to the controlling devices, shows how long a child has been engaging in all online activity. Full social media logs are available, as are text and call records.

As with most of the apps here, a free version is available with fewer features, and a paid app gives access to all levels of filtering and monitoring.

An awful name, yes, but a great app.

Although not quite the monitoring app of Qustodio and others, Kids Place is a great starting point for those who donèt mind their kids using their phone for games etc., but don’t want to allow them full access.

As the name suggests, Kids Place allows the creation of a segregated area within the device. In that area can be apps and other services which have been pre-approved by you. It’s an ideal solution for younger users who want to play with your phone.

Anything not allowed in the Kids Place area are fully locked and out of reach. The app can be set up to start immediately on a device reboot, just in case your youngster thinks they can work around it that way! 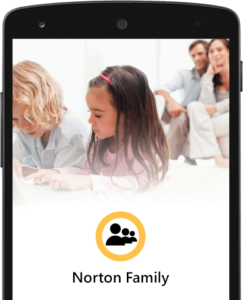 In all honesty, Norton have often made it difficult to like their desktop security apps. They can be picky about playing nicely with other software, and uninstalling them can be a high-level scientific process. However, Family Premier thankfully bucks this trend, and is a decent app.

Blocking and filtering sites and content is easy, and an alert is sent to you if the child accesses a blocked site or app. Full activity logs are available for 30 days, and a smart and clean dashboard is used to keep a track.

One slight complaint about Family Premier is that not all features are available across all platforms. Crucially, social media monitoring is only available on Windows desktop. Given that most dangers come from social media, this seems a glaring omission from the Android and iOS apps.

That aside, the app is very good at what it does with desktop users, but there are probably better options for mobile monitoring.

Despite the name, SecureTeen is aimed at all ages. As well as the usual site blocking and filtering, apps can be blocked completely.

Text and call logs can be monitored, as can Facebook activity. The location of the device is also always available. Full website access logs are kept, meaning you can keep a lookout for undesirable browsing habits. This can be a great help in stopping problems before they start.

As with the Norton app, SecureTeen is also inconsistent across platforms. For example, it isn’t available on iOS. This is a curious issue, as the feature is pretty fundamental to this type of app. Also, given that Android libraries are much easier to access than iOS, it seems to make little sense. At least from a coding point of view. From the other side, WhatsApp can be monitored in iOS, but not Android.

Another solid performer, but quite OS-specific in what it can achieve.

Net Nanny have long had a desktop version of their monitoring software which has long been one of the best available. The app here is Android only, which isn’t great, but the premium version is 1/4 of the price of the rest in this list, at $12.99/year.

The app comes with several age-defined filters installed, to get you started. There’s also several filter categories, and users can create their own for specific filtering needs.

App blocking is built in, and there is a high level of anti-circumventing applied. This stops your child finding workarounds that will open up previously disallowed apps or websites.

Alerts are received if an attempt is made to access a blocked site, and all controls are managed from one dashboard.

For the price, Net nanny is a great choice.

Parental control apps are becoming more popular, and with good reason. Kids – and even adults – have never been so exposed as they are today. many people live their entire lives online and, whereas most adults manage this happily, kids aren’t so aware.

The main thing about parental control apps is that they are all but invisible until they have reason not to be. At that point, they do exactly what they’re supposed to. You can’t always be standing next to your child, so put something there that can be.