There’s never been so much choice for cellphone users in the US as there is today. As well as the Big 4 of AT&T T-Mobile, Verizon and Sprint, there are scores of re-sellers. All do their own packages at wildly differing prices.

For this review, we’re going to focus on the main networks only, but we’re going to add in MetroPCS. The reason we’re include MetroPCS is simple. Although now wholly owned by T-Mobile, they were an independent network until 2012, and still operate a large part of their own infrastructure. Other than that, it would be impossible to review every single airtime seller in the country, and the vast majority of them will actually use one of the Big 4.

We’ll look at coverage, performance and price as the basis for the review, and will also mention any added features or peculiarities.

You can have the fastest network on earth but, if you only reach a handful of people, it may as well be the slowest. One of the problems with carrier-led coverage is that they are liberal with the truth. They may well show a particular area as having good coverage which then turns out to be very patchy. Carriers, as some sort of defence, claim they cannot legislate for all conditions or even the bricks your house is made of. While true, in our opinion it’s a bit of a sly trick to take the optimal signal location and use that to justify the coverage map.

So, instead of relying on the carriers, we looked at a number of independent coverage map providers. We found that the independents were less optimistic about edge-of-area coverage than the carriers were. One point to note is that these figures assume all US geographic locations, even the tops of mountains. If we just used urban or populated rural areas, the figures would be much higher. 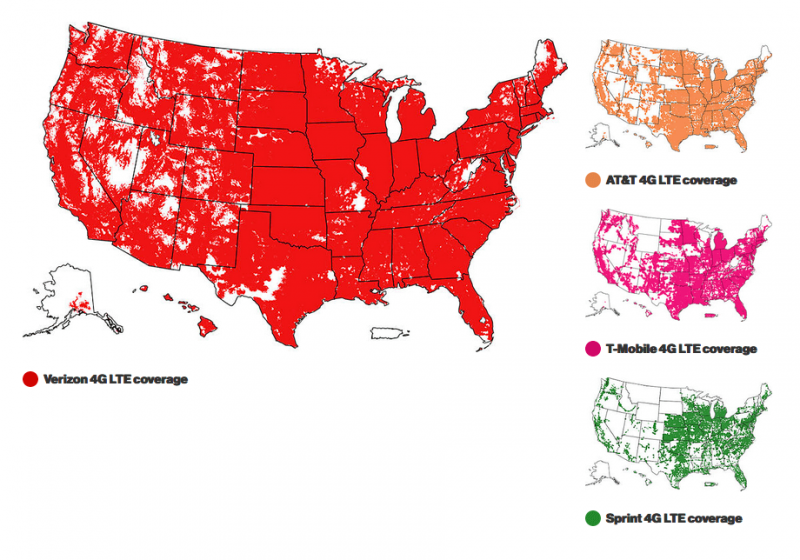 A clear winner, and by some distance. With the exception of some very remote areas in Oklahoma, Nevada, Colorado and Wyoming, Verizon have almost blanket 4G coverage available. In populated areas, there are very few deadspots, even indoors.

AT&T, although some way behind Verizon overall, actually leads in some areas. The eastern seaboard is a particularly strong region for AT&T, and they also stand up well against Verizon across much of the Midwest.

T-Mobile and MetroPCS, as you might expect, came out reasonably level in terms of coverage. Most urban areas are well catered for, but out into the wilds of the more western states will give problems. Sprint do okay in many eastern areas, but coverage all but stops when you get top a line drawn through MN, KS and TX. Despite this, Sprint have excellent coverage in the areas they are present, with few dead zones anywhere.

These days, when we talk about performance, we’re really talking about 4G or LTE speeds. Most carriers now operate mainly on 4G, with only a few pockets of 3G-only coverage. For that reason, we’ll concentrate on 4G, The average 4G download speed across the entire country is 21.5Mbps. We’ve used that for our benchmark, but also taken into account some regional speeds. 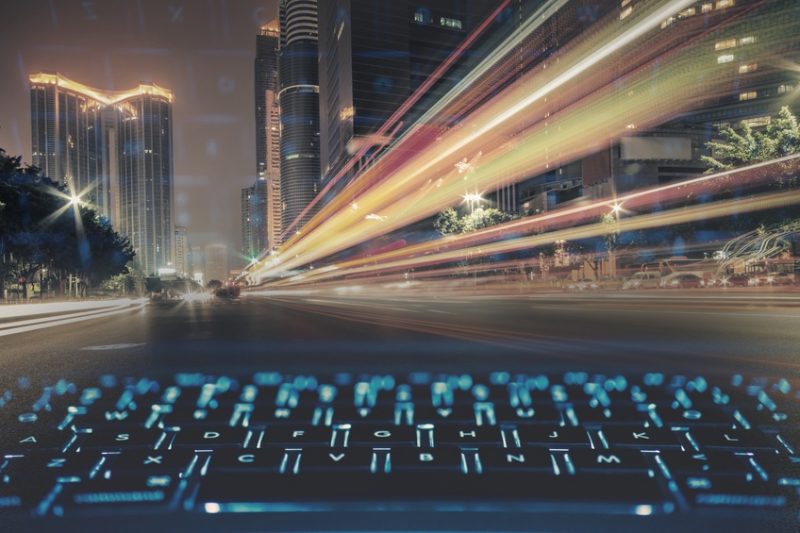 The winner again, but by a much smaller margin. Verizon managed an average data download speed of 38Mbps. Although this was higher than all the others, they did suffer in some locations. Overall, though, speeds on Verizon are the most consistent across the country.

As might be expected these two again ran neck and neck. T-Mobile were the more consistent, and MetroPCS struggled badly in some cities. Overall, though, there wasn’t a lot between them. The consistency of T-Mobile probably just gives them the edge, with both having a national average of around 28Mbps.

AT&T were somewhat disappointing overall. They lagged quite a way behind the top 3, but did perform well on the west coast. Given AT&T’s size, and their coverage, this could be something a simple as network over-utilization. Over-crowded towers means a bottleneck of data, and time will tell if this improves for AT&T or not. The overall national average was 23.5Mbps

With Sprint, your location is going to be crucial. In the heavily populated areas of the Midwest, they actually did pretty well for download speeds. But a national average of just 18Mbps meant they were quite a way behind the pack.

Although having a cellphone contract is getting cheaper, thanks to re-seller competition, there is still a wide range of prices for seemingly similar packages. 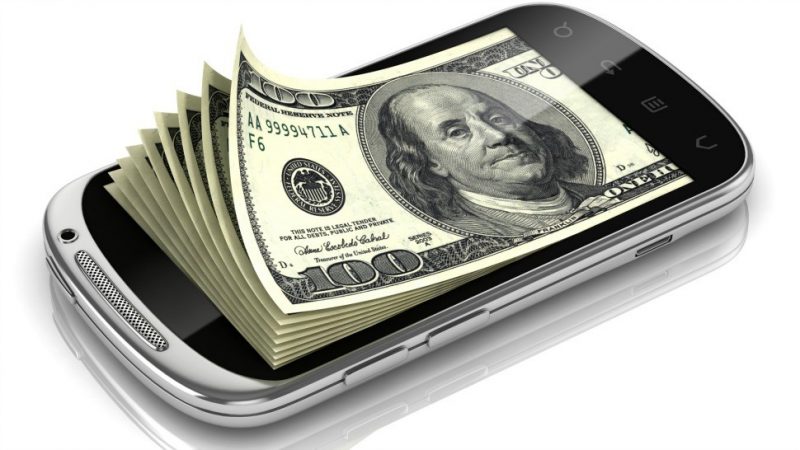 Sprint are by far the cheapest for an all-you-can-eat data plan. The problem is that the point of unlimited data is to stream music and video wherever you are. Given Sprint’s less than stellar performance tests, buying cheap might not be the best option. Verizon and AT&T have excellent options on their HD data plans, although they are a little pricey. The problem is that both impose strict policy requirements on your usage on their cheaper plans.

The best compromise appears to be T-Mobile, who have an unlimited data plan for around $65/month. You can’t stream in HD for that price. To do so will cost an extra $10/month, but most people will find the standard resolution perfectly acceptable.

When you consider that all 5 networks will charge $50+ for 5GB of data, you really have to question why you should just pay the bit extra for unlimited. Well, 5GB is still a lot of data transfer and, unless you watch Netflix for 8 hours a day on your phone, will be more than enough. AT&T also allow you to roll over unused data to the next month, which is a huge bonus. Otherwise, there’s little to choose between any of them.

Unless you really need unlimited data, save those few dollars for something else.

Prepaid plans are one of those things which are very difficult to unravel, such is the number of plans available. Often, they will be no better value than monthly plans if you use a lot of data but, if you don’t, then there are bargains to be had. AT&T again show their mettle by allowing 8GB of HD streaming and data for $40. That’s far more than any other network here. The only other option which comes close is MetroPCS’ unlimited prepaid plan at $50.

Overall, Verizon stand head and shoulders above the rest for both coverage and performance. They aren’t the cheapest, but you do get what you pay for. T-Mobile and MetroPCS are so close in all our tests that they are impossible to choose between. We will say though, that MetroPCS has a wider range of plans available, and tend to be a little cheaper than their parent. That probably just about squeezes them, ahead.

We have mixed feelings about AT&T. Coverage is good, plans are also good, but speed is an issue. It’s not that it was a bad result, just that we expected so much more. For so long the leader in US mobile networks, the crown seems to be slipping somewhat. Sprint are not really a contender for much, if we’re honest. They do, however, have some real hotspots around the country for coverage and performance. Do check locally to see if they might be your best choice, assuming you stay local.

How To Beat The System 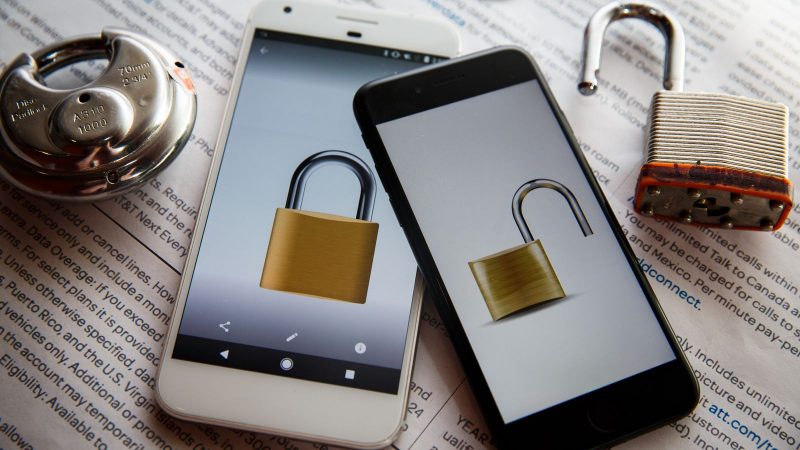 Don’t want to be tied to a single network? Well, you don’t need to be.

At Mr Aberthon, we have a huge range of phones that are unlocked for use on any network. This means you can choose a network and, if it isn’t working out as you’d hoped, simply get a SIM card from another network. This is especially useful if you travel to an area or country that would incur roaming charges. Roaming is very expensive, so being able to use a local SIM can save a ton of money.