Which MicroSD Card Is Best For Your Phone? 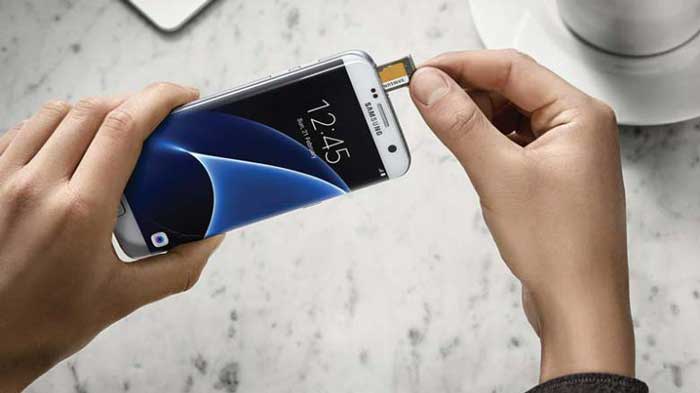 Evolution of The SD Cards

SD stands for Secure Digital, and the format itself has been around for many years. In fact, it is this longevity which is the root of the compatibility issues which arise. Originally, SD cards had a maximum capacity of 2GB. So, as image file sizes got larger it became clear that this wasn’t going to be adequate. As a result, the SDHC (Secure Digital High Capacity) format was developed. The cards were the same size for compatibility with readers and correctly-equipped devices, and allowed sizes up to 32GB. 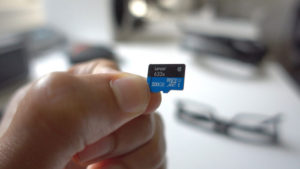 Yep, 32GB. It doesn’t take a technical genius to see what was going to happen next. Within a couple of years, even 32GB was starting to look restrictive. Finally, the format was developed further and SDXC (eXtra Capacity) was born. Again, the cards were the same size as previously, but this time the maximum storage capacity was 2TB. Of which even the biggest storage skeptic will acknowledge is probably enough to be going on with.

The problem with having 3 different sub-formats is that not all cards work in all devices. It’s likely that SDXC cards won’t work in devices more than 2 or 3 years old. Even SDHC might cause issues once you get back past 6 or 7 years. As well as that, all 3 have different speed classes that they conform to. Pick up any SD or MicroSD card and you’ll see something like Class 2 or Class 10. It is this Class number which relates to how fast the card can read and write data. It is restricted further only by the ability of the device itself.

For any type of video recording, Class 10 is essential. That is because Class 2 doesn’t have the speed to be able to write 30 frames every second, as recorded by smartphone cameras. To be fair, you rarely see Class 2 cards these days, but some stores may be selling off old cards cheaply. So don’t be drawn into thinking $2 for a MicroSD card is a good deal, because it probably isn’t. 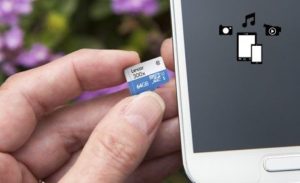 The first thing to do is check the user manual for your smartphone to see which cards are rated as compatible. Also notice the maximum capacity that can be used. This doesn’t mean higher capacity cards won’t work, just that the manufacturer of your smartphone hasn’t specifically tested it. Look for Class 10 cards of the appropriate type, and then look at the storage capacities available. Even if you don’t plan to shoot video, a Class 10 card is still your best option as price differences will be fairly negligible. Prices of the cards are continuously dropping all the time.

Reliability is Worth It

Then, of course, you have the various brands available. As with most things, not all manufacturers create equal items.

The two behemoths of storage cards are Lexar and SanDisk. These are the two most often chosen by professional photographers as a result of the speeds available and the exceptionally low failure rates of their products. As a result, you can expect a small price premium for the two brands. But, even then, prices are not particularly high for SDHC or SDXC cards, even up to high capacities. Kingston are another brand which have very low failure rates, and some of the big electronics manufacturers like Toshiba also market own-brand memory cards.

Given the relatively small price differences from Lexar and SanDisk down to the really cheap brands, we’d recommend sticking with something you know isn’t going to let you down at the wrong time. We’ve mentioned Kingston as an alternative, and Transcend is another maker with good products at good prices. Bear in mind that the price you pay for a 64GB card today, will probably be the price you pay for 256GB this time next year. So you can always get another card if you need to.

Although pretty robust, memory cards of all types are not infallible. Pick a good brand and you’ll reduce that infallibility significantly. Don’t buy cheap for the sake of a few dollars, and you’ll be a happy snapper.