How Many Megapixels Do You Need? 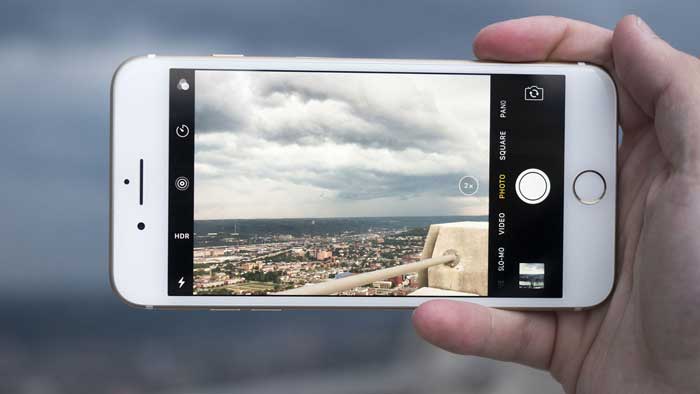 Camera megapixel counts is at the same time both incredibly simple and incredibly complicated thing to talk about. After all, if a little is good, more must be better right? Not quite, no, as it happens. At least not when it comes to the camera in your smartphone. 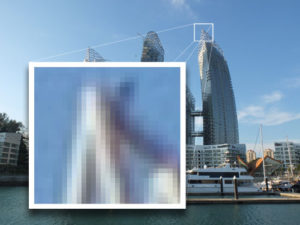 Without getting overly technical, all camera sensors are made up of individual photo-sensitive cells on ultra-thin wafers of silicon. Each cell, are commonly refereed to as pixels. They absorbs light at a particular wavelength as determined by the color of the light hitting it. If you were to zoom in on any on-screen image, you would eventually see that the image is made up of millions of single-colored square blocks. Each one being an individual pixel.

Yet our eyes don’t have the processing power to see those individual pixels at normal viewing distances. We therefore simply see the image as it would have looked to the photographer.

Over the years, cameras in smartphones have gone from 0.3MP (approx. 300,000 pixels) up to in excess of 20MP (approx. 20M pixels). But, despite this 70-fold increase in the number of pixels, sensors now are only 3 or 4 times the physical size. Technology has allowed more pixels to be put onto a smaller space. But this, by definition, means each photo-sensitive cell is smaller than it used to be.

So what does this mean for you, the user?

More is Helpful But It’s Not Always Necessary

If all other things were equal, two sensors of equal physical size where one has 2 MP and the other 20MP would produce vastly different results. The 20MP images would produce massively bigger 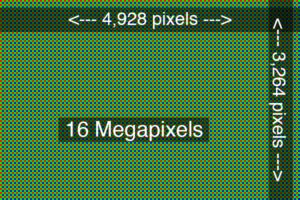 file sizes taking up more room on your SD card. They would also print at much larger sizes if required. However, it’s likely that the 2MP images would be vastly superior in quality once you get down to a pixel level. It would certainly be much better in lower light situations.

It is thought that anywhere between 1 and 3 Trillion smartphone pictures will be taken in 2017. Yet fewer than 1% of these will ever be printed. Most of the rest only ever being seen on a phone or computer screen. At this point it might be relevant to mention that a 1080p Full HD screen has just 2 million pixels, or 2MP equivalent. Even a 4K screen has a little over 8 million pixels, or 8MP. So why do we need 20MP or more? The fact is we don’t, not really.

A Smartphone is Not the Same as a Digital Camera

Compared to a specialist digital cameras, these pixels are really small. Squeezing so many of them into a small sensor, does affect the quality of the image that is produced. However, camera lenses of all types whether on a digital SLR or a smartphone are significantly better in the center than around the edges. They have the ability to crop these lower quality pixels out and use the best from the middle can be a real benefit.

For that reason, a 1920px * 1080px image cropped from an 8MP original image is likely going to be better than one which uses every single pixel in a 2MP image. Often, manufacturers which use larger sensors will have crop modes than can be selected. They would only use a limited number of pixels from the full number available. This should, in theory, lead to better quality 8MP (for example) images from a 20MP capable camera.

So, What Do You Really Need? 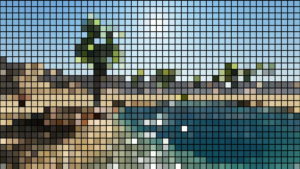 Others will argue differently. Yet anything over 8MP, and certainly anything over 12MP is pretty much redundant in terms of the intended use of the vast majority of images. If your plan is only ever to show your images on Facebook or Instagram, then you don’t need huge MP counts. As the online services you upload the images to will use their own algorithm to resize the images anyway. They do that in order to save some space on their servers. Don’t be seduced by big numbers. Look instead at real reviews of the camera’s capabilities and the quality of the picture it produces.

But if You Will Print the Images…

But there’s a different reasoning for those who do like to print the pictures from their smartphone.

Smartphone manufacturers know that almost none of the pictures taken on their devices will ever see a drop of ink. So they produce images at 72dpi (dots per inch). That amount, by no coincidence whatsoever, is the exact resolution that computer screens display at. Because of this, and the fact that good quality images require a print resolution of at least 240dpi, the effective print size of an image from a smartphone is reduced. If, for an example, an image is the equivalent of 10×8 inches at 72dpi, when converted to 240dpi, it becomes just 3.33×2.7 inches or 0.3x the size (72/240).

In such cases, more pixels is better. But it still isn’t the be all and end all, as quality does deteriorate at the higher ends of the pixel counts. A 12MP camera will print up to approx 18 x 12 inches at 240dpi, which should be plenty for anybody. Really, if you plan to print even at this size on a regular basis, you should think about getting a camera designed for the purpose.

So you see, size isn’t everything. It’s a factor, and it can help. Yet it really has its limits at which point more pixels become irrelevant. If you see a smartphone you like and it has an 8MP camera, don’t let that put you off. It will be more than enough for 99% of the images you will ever take. Just because a smartphone has 20MP to play with, it doesn’t mean you’ll need them.