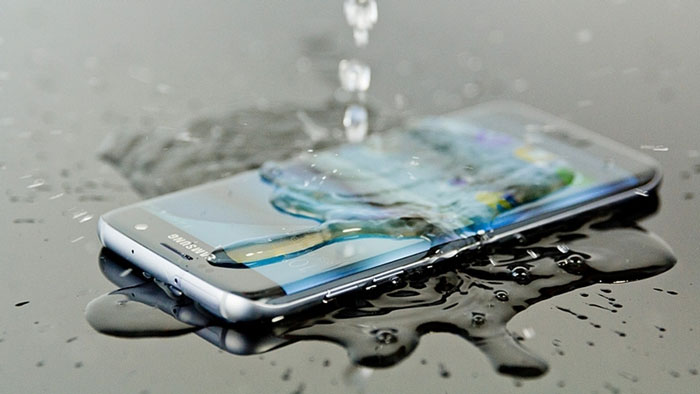 At Mr Aberthon, we sell a wide range of devices that come under the heading “rugged”. For this to happen, a device must be more durable than the average smartphone. It must be able to withstand drops onto a hard surface, dust, water, heat, cold and more.

A truly rugged phone will cover all of these eventualities. But we’re now also starting to see smartphones and tablets incorporate some level of protection. What we see in the likes of the almost indestructible Cat S60 and the Active range of the Samsung Galaxy S flagship range are slowly filtering down to mainstream devices. Not everything makes the transition, but certain protection standards are now becoming commonplace.

We’re now starting to see things like “IP67” or “oleophobic coating” used routinely in product descriptions. But what do they all mean?

Protective glass has been in place for a number of years on smartphones and tablets. Depending on the device manufacturer, you might see it called ion-strengthened, or even by the brand name Corning Gorilla Glass. Smartphone glass is certainly better than it used to be but, until recently, protection was rudimentary at best. Apple use their own ion-strengthened glass which, while offering some protection, still leaves the screen exposed to damage from even a short drop onto a hard floor. Many other manufacturers use the aforementioned Gorilla Glass, from Corning.

The latest incarnation is Gorilla Glass 5. According to Corning, it should survive a 6 foot drop onto a hard floor, 80% of the time. How true this is, we’ll find out in time. Corning did claim Gorilla Glass 4 to be twice as likely to survive as any other, but the number of smashed displays was still disappointingly high. Yes, toughened glass is better than standard optical glass, but by how much? Well, until someone starts keeping a database of smashed screens, we may never know the whole truth. 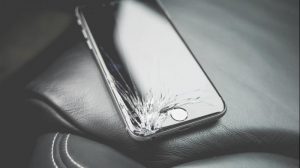 The oleophobic coating we mentioned above isn’t protection in the rugged sense, but it does offer advantages. Oleophobic coatings are basically grease resistant. In smartphone terms, that means fingerprints. It doesn’t stop fingerprints and smears from appearing, but it does make them much easier to wipe off. The coating wears off after a couple of years and, although it is possible to re-coat the screen, it is rarely worth the expense.

For most mid-to-high end smartphones, you will see numbers like IP67 or IP68 used as a selling point. Unfortunately, the numbers often appear without explanation for what they mean. The IP stands for “Ingress Protection”, basically a technical term for preventing dust or water from getting inside the phone. Each number after indicates protection from specified elements. The first number ranges from 1 to 6, and shows how good the protection is against solid objects – dust, really. The second goes from 1 to 8 and does the same thing but for water.

What The Numbers Represent

It is rare to see a rating for dust protection any lower than 6. This means that your phone is quite safe in sandy or dusty conditions. The beach, therefore, need no longer be a threat to your precious smartphone. The second, water-related number is where it gets interesting. Often, you will see the total IP rating quoted as IP67 or IP68. One digit difference might not seem such a big deal, but it might be the difference between your phone surviving a dip in the pool, or not.

If the water ingress rating is 7, as in IP67, then the device is able to withstand submersion in up to 3 feet of water for a minimum of 30 minutes. If the rating is 8, then the depth goes up to 6 feet of water for at least 30 minutes. Water pressure, as you might expect, is twice as great at 6 feet down as it is at 3 feet. This 3 feet can make a massive difference to whether water gets in your phone or not. We should also mention that water might actually get in even though the phone has an IP rating. The ratings actually only cater for whether damage will occur, not actually whether any moisture will get through the seals or not. This means you might still have to allow your phone to dry out if it has been underwater.

The bottom line of IP67 and IP68 isn’t to say whether your smartphone is waterproof or not. It’s to let you know that you’re okay to use it in the rain. Or, if you do drop it in the bath, it is likely to survive.

Phones That Make The IP Grade 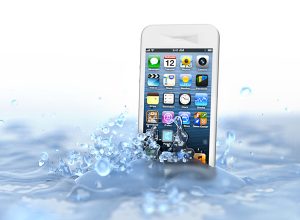 Believe it or not, Apple didn’t bother with protecting their devices against dust and water until the iPhone 7 was released. Samsung, for their part, had been perfecting their IP67 for more than 2 years before, and had progressed to IP68 by the time Apple started to catch up. Most flagship phones do now meet IP67 standards, at the very least, with many meeting IP68.

Whether manufacturers will now start to produce true waterproof phones for use actually in water is debatable. This is mainly because actual waterproofing is only part of the story. Most touchscreens don’t function well underwater due to the conductive properties of water itself. It makes it very difficult to focus the touch where it needs to be on the screen. Without going back to resistant screens like the early days, which nobody wants, it’s difficult to see how they achieve this easily or cost effectively.

For now, it seems protection, rather than full-on underwater use is all we can hope for.

The MIL and STD parts of the rating stands for “Military Standard”, and applies to products which pass the tests for use in military environments. You’d assume this to be a good thing, and it is, but it’s not all as you might expect. Unfortunately, most of the 30 tests in the 810G grade (the one most common on smartphone spec lists) have no actual parameters. This means manufacturers can do what they think is just enough to pass the test, and declare their device as MIL-810 STD-compliant.

Those that do have set parameters are things like drop tests, which are easily carried out and have definitive results. IP67 and IP68 pretty much meet the MIL-810 grade, so there’s no advantage there, but the drop tests are of particular interest to smartphone owners. The issue is that manufacturers aren’t obliged to say how they did the drop tests. Although the 810 manual calls for a specific procedure, you have to take the manufacturer’s word for it that they followed the set testing procedure. Of course, none will guarantee against screen or case breakage, so make of that what you will.

Despite our reticence about how the standard is acquired, we’d like to think makers are largely honest about things. After all, it’s their reputation at stake. If they claim MIL-810G and then see all their phones suffer smashed screens when being dropped onto 3 feet of memory foam for 6 inches, they’d soon have little credibility left.

Some phones which do indicate compliance are the fantastic Kyocera DuraXE, the equally powerful Sonim XP5 Ultra Rugged and the Samsung Rugby range. All go beyond what you’d expect from a smartphone, without the price tag you might think goes with that extra protection.