The Toughness is Wow

When we first looked at the Kyocera DuraXE, we were amazed at just how tough it is. It’s becoming fairly standard for smartphone manufacturers to build some sort of water and dust resistance into their higher-end models. However, these measures are really designed to do no more than protect the phone from any untoward environment in may find itself temporarily plunged into. 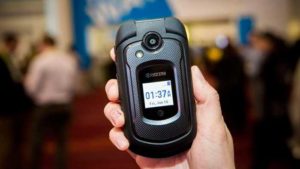 What the added protection isn’t designed to do is to truly protect the phone from an environment that would destroy most normal devices. This is where the Kyocera DuraXE comes in. To just focus on how tough it is doesn’t really tell the full story of this tough-as-nails wonder.

Flip Phone or Smartphone or Both?

Most mobile phones fall into one of two camps. It is either a smartphone with all that entails, or it’s a feature phone with a cut-down design for those who just want a phone to be a phone. The Kyocera DuraXE is fairly unusual in that it straddles the fence between the two. There’s no full screen as seen on a smartphone, but it runs Android. It has a 5MP camera and provides all the connectivity options you can handle.

One of those connectivity options is the ability to both tether the DuraXE to a laptop or desktop computer. You can also use it as a mobile Wi-Fi hotspot. Strangely, Kyocera choose not to advertise the fact that the DuraXE can be used a a mobile hotspot. They even bury the details deep in the user manual, but use it as a hotspot you most certainly can.

Regardless of the reasons for not promoting this very useful feature, in a practical sense this means the DuraXE has the ability to be an everyday mobile device. As well as one designed for they type of job which will just chew up an iPhone or Galaxy S and spit it out as tiny bits of poly-carbonate and glass debris.

How to Set It Up

Setting the DuraXE up as a mobile hotspot isn’t quite so intuitive as on other devices. That is possibly as Kyocera don’t see it so much as a core feature as an added benefit of the device. But it is there and it’s easy once you know how.

Everything happens in the Mobile Hotspot Menu.

Here, you will need to configure the hotspot settings before it can be used. This is done by going into > Configure Mobile Hotspot 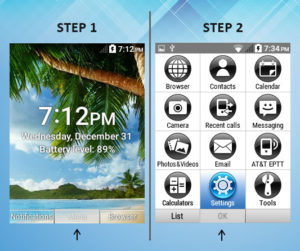 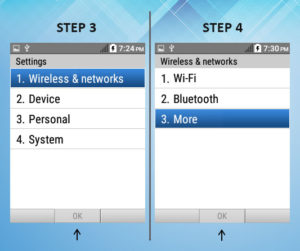 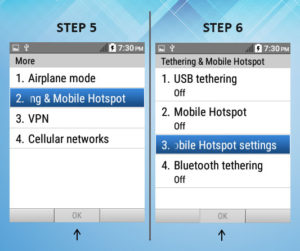 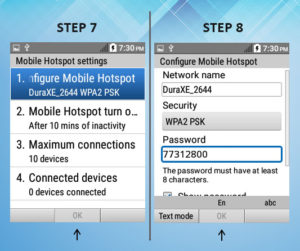 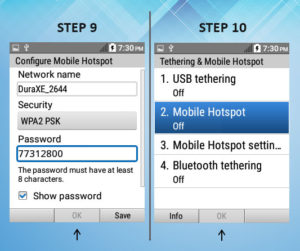 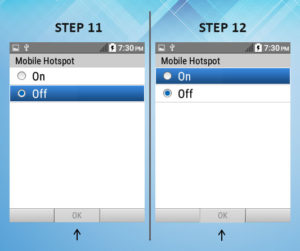 As you can see, we’re already at 7 button presses, plus scrolling to get this far and we haven’t even started yet. Compare this to the usual 3 or 4 clicks to set up a smartphone for hotspot use. It seems that Kyocera did a good job of making us work for the reward!

At this point, you only need to do three more steps. You must enter the network SSID (how it appears to others in their available networks list). Then set it up to use a password for access. Lastly, enter the password people will need to use the connection. Here, you can also add limit to how many devices to connected at once. Or, if you so desire, you may set a timer to have the hotspot disable automatically.

Don’t forget to save the settings before you exit, The DuraXE isn’t like a smartphone where all the switches and everything else save automatically, so you’ll need to make sure you do that final button press.

For Your Future Hotspot Use

Then, if you ever need to activate the hotspot, instead of going into the Configure… item, you instead choose On to activate the hotspot. If you chose to use an option other than assigning a password to the network, you will be prompted to choose a temporary passkey for that session only. Although far more secure than using the same password forever, it does involve the extra step before anybody can use the connection.

Your network guests then just need to find the temporary network on their own devices and connect with the given password.

So, not straightforward, but the ability to use the Kyocera DuraXE as a mobile hotspot is there. Use it and enjoy it.