Over the years, the battle for smartphone supremacy has largely become a two-way fight between Apple and Samsung. It’s true that, occasionally, other manufacturers produce devices which outdo both of the giants, but which never seem to catch the public’s imagination. Two of the biggest selling models in history, the iPhone 7 and the Galaxy S7 have a long and illustrious heritage. But which has benefited most from the evolution of those who have come before?

Here, we take a look at how they match up in a straight fight. 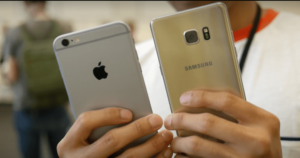 Oddly, until you realize that there never actually was an iPhone 2, we are looking at the 6th iPhone and the 7th Galaxy S, both flagship smartphones within their respective catalogs. Each has taken its cues both from its previous incarnations and, of course, from the industry at large. Features have a tendency to appear almost in tandem or, in the case of actual innovation by one or the other, a year apart.

The Table of Facts 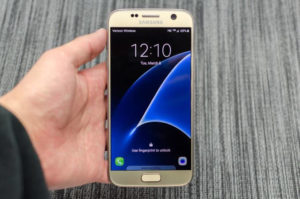 Taking the above table, only, into account, it looks like there’s no real comparison, with the S7 seemingly offering more bang for your very similarly priced buck, but that would be to do Apple a little bit of a disservice. Samsung has really little control over what Google put into its Android operating system. Unlike Samsung, Apple can integrate both hardware and software to the 9th degree, it means they can use it all that much more efficiently and so don’t have the same requirements for raw power that Samsung do.

However, that doesn’t mean there aren’t glaring disparities between the two devices.

Apart from Samsung’s Super AMOLED display being better than Apple’s IPS LCD display anyway, the much lower resolution on the iPhone 7 is a real issue. Although still good in and of itself, it doesn’t come out well in a side-by-side comparison with the S7 and, unfortunately for Apple, the display is where most attention is focused with modern smartphones, primarily due to what they are used for. No longer are smartphones simply extensions of an office, they are now fully developed devices which command more hours of attention than our TVs. 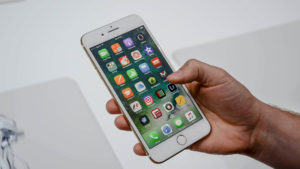 The battery life is also an issue for Apple. Although Samsung would likely have had to include a bigger battery just to keep pace with Apple, one which is a third higher capacity was always going to outrun the much lower capacity of the iPhone battery.

People often wonder if comparisons between Apple and Samsung smartphones is worthwhile, given the widespread that many users seem to be invested in one or the other and aren’t about to change their minds any time soon. But, as time goes on, the numbers of people who have used both is growing quickly. This means money previously spent on apps is no longer the write-off it once was, and manufacturers have to be aware that we consumers aren’t the locked-in, captive audience we might once have been.

And that means we’ll all win in the end.