Like all great consumer battles over the years – Pepsi Vs Coke, VHS Vs Betamax, Dick Dastardly Vs. Yankee Doodle Pigeon – Apple often find themselves locked in a battle with Samsung for the hearts and minds of smartphone users. The difference between Apple and the rest, is that the company produce only a single line of handsets each year, the iPhone.

Usually, when it comes to Apple against the rest, lines are drawn based more on loyalty than anything else. Android and iOS are at the heart of the war, with iOS exclusive to Apple but Android being a true open source OS. What isn’t in dispute, though, is that it was Apple who started the smartphone revolution back in 2007. In hindsight, the original iPhone had more missing than it actually provided. The camera was awful, there was no 3G capability and the OS was slow and often unresponsive. Copy and paste functions were still 2 years away, you couldn’t attach images to texts, and there was no sign of the promised app store.

With the exception of an app store, these were all things which the likes of LG, Nokia and others had been providing for over a year. However, the iPhone was  a huge success, mainly because of what it promised for the future instead of delivering itself. The iPhone 6 was, unsurprisingly, the 6th iPhone model to be released. It would have actually been the 5th, had Apple not squeezed in the 5C between the original iPhone 5 and the 6 to fill the gap left by never releasing an iPhone 2.

The iPhone 6 is available for $349, in A+ (refurbished as new) condition and fully unlocked. 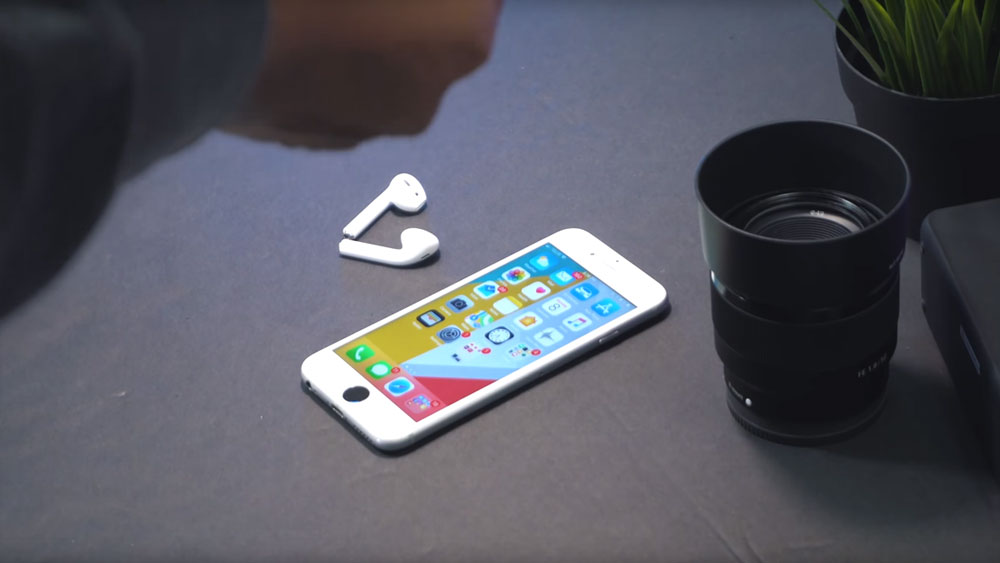 Apple are among the biggest tech companies in the world. Although they’ve always had a loyal user base of desktop and laptop computers, it is the iPhone which made Apple into the behemoth it became. With the exception of the leap from the original iPhone to the iPhone 3G, the Apple hardware story is really one of evolution, not revolution. Much of what Apple do is very proprietary, both with hardware and software, and getting to the root of things can be difficult.

The iPhone 6 did, however, bring a larger upgrade between models than had gone before. The processor saw a huge improvement, as did the battery life. Apple Pay was introduced and the display size saw its biggest jump in size up to that point. For fans of Apple, the iPhone 6 was a delight to behold. Many felt it was the iPhone they’d been promised by Steve Jobs in 2007 actually made life. Together with it’s in-series upgrade the 6S, the iPhone 6 is the third biggest selling mobile phone of all time with sales in excess of 200 million units worldwide.

Scores For The iPhone 6 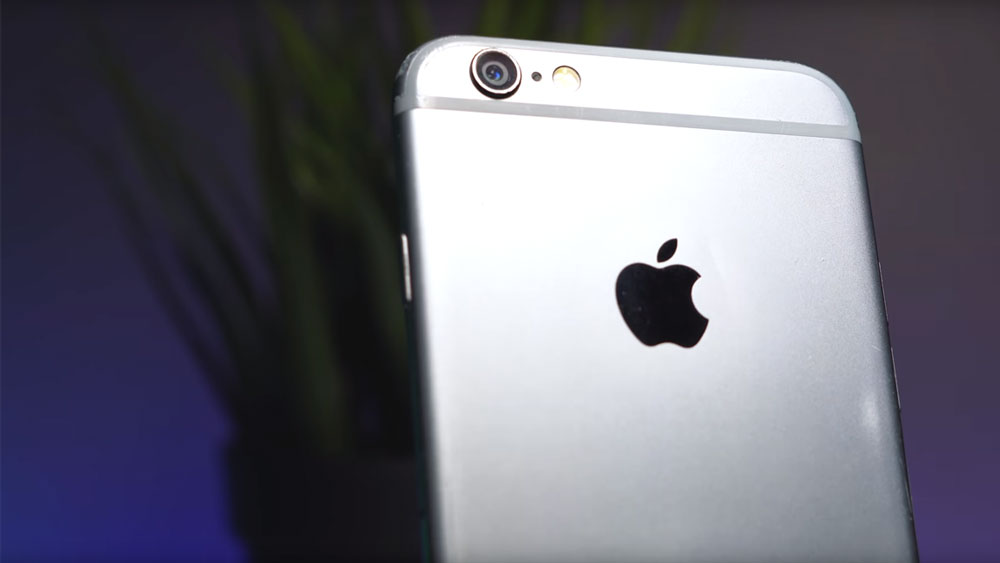 Our team of reviewers awarded the iPhone 6 a score of 4.5/5. This is based on the categories below:

Apple do, on occasion, remain stubbornly unwilling to make daring decisions with the iPhone. One of these concerns the display. The iPhone 6 display is good, very good in fact, but it struggle a little to keep up with Samsung’s best. Apple do an amazing job of working with the pixels they have, but a display which doesn’t make it to Full HD always risks being overtaken. This was the only thing about the iPhone 6 which caused a bit of concern.

It’s not even close to being a reason not to buy the iPhone 6, however, and the display is plenty good enough for any use. We make the comments simply in comparison to what others are doing with displays on their own models. The iPhone hasn’t been left behind, but they do need to up the display game quickly if that is to remain the case. 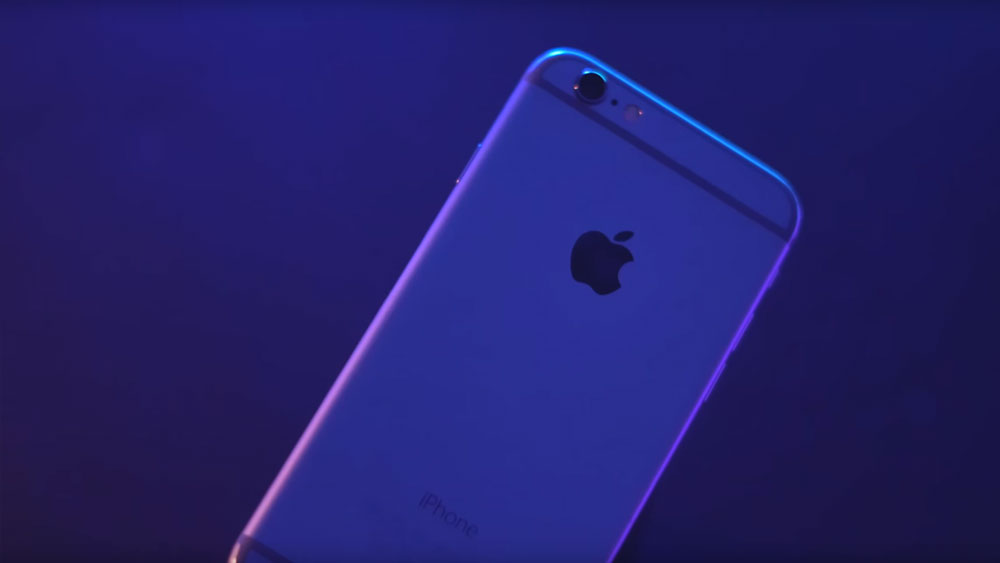 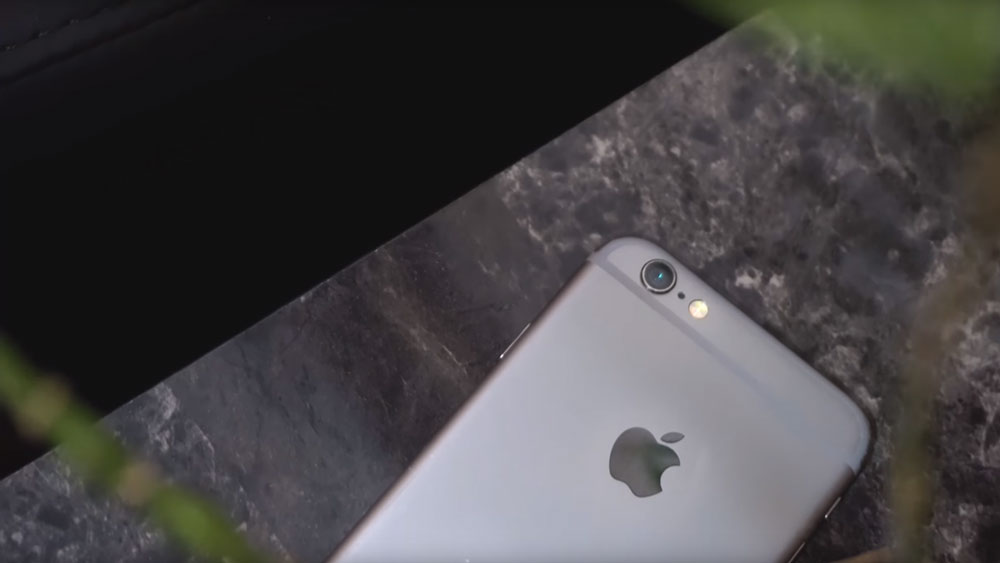 The iPhone 6 was a beautiful device on release, and it continues to be so today. The top and bottom bezel of the front now seems a bit big compared to later iPhones, but it doesn’t stop the iPhone from being very appealing.  The choices of silver, space grey or gold finishes also adds the overall attractiveness of the iPhone 6.

As well as being a nice size to hold for just about anybody, the iPhone 6 is almost un-feasibly slim. The weight is a full ounce less than what you’ll find in most of its competitors, and this makes the device very, very usable.

Although distinctly lightweight, the iPhone 6 is a long way from ever feeling anything less than a super-premium smartphone. Apple know how to design products, and they put every bit of their expertise into the design of the iPhone 6. 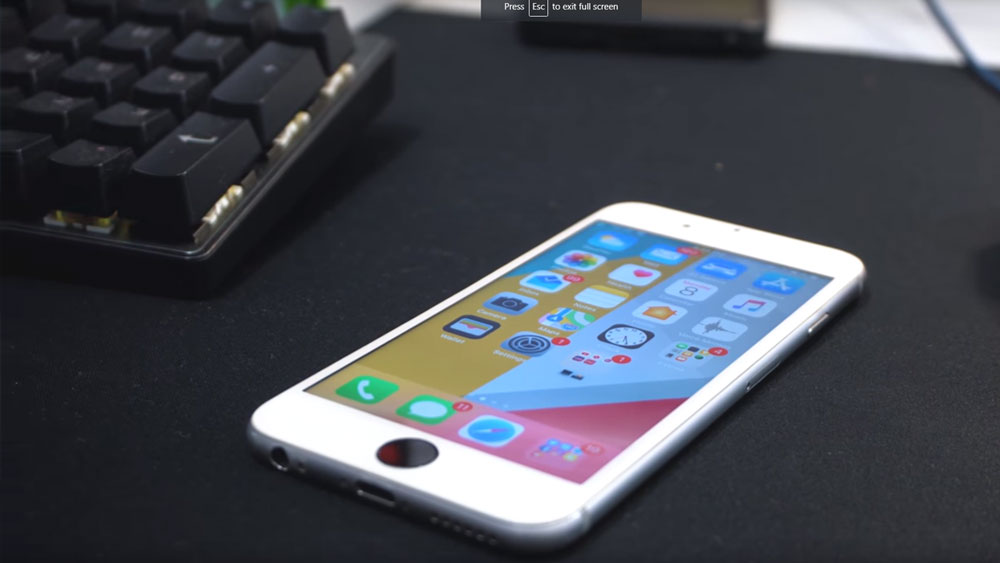 On pure resolution, Apple don’t come close to matching every single one of its Android-sporting rivals. Fortunately, what Apple do with the pixels they have is close to miraculous. Never would you know that the display of the iPhone 6 is barely a third the resolution of the equivalent Samsung, LG or HTC devices. Side by side, there is a slight difference with hi-res movies, but in isolation it just never comes close to being an issue.

At 4.7″, the iPhone 6 was a relatively huge leap forwards for Apple. Up to the 5s, iPhones topped out at a 4″ display size. Apple recognized that this was starting to look a little small in the market. As a direct result, they upped their game considerably for the iPhone 6. The increase is quite marked when side by side with a 4″ screen. 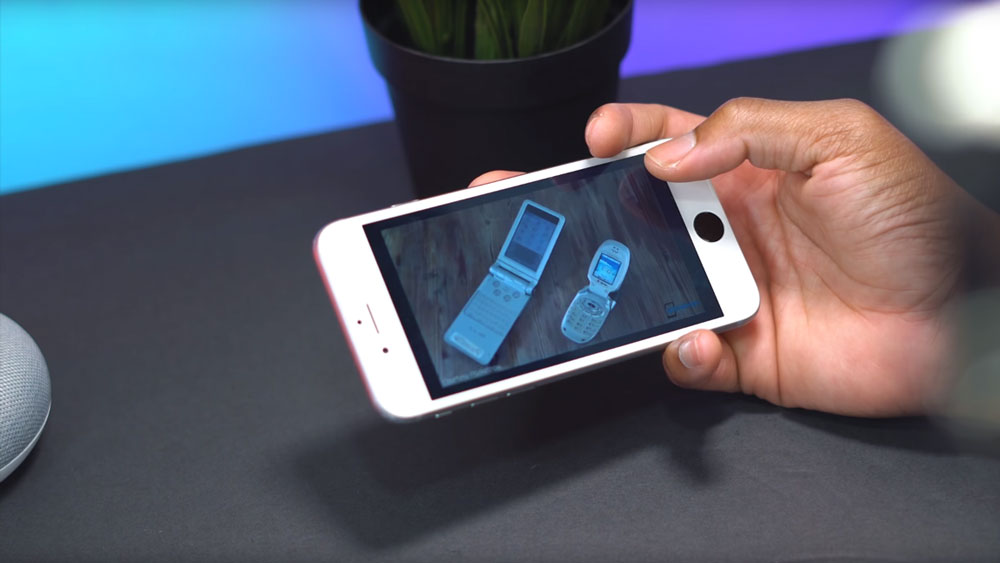 The cameras on the iPhone 6 only saw minor upgrades from the 5s. The rear 8MP camera is the same pixel count, but does handle the processing differently. As a result, the images from the iPhone 6 camera are really quite exceptional. Laser-driven autofocus makes locking onto the subject almost instant, and this brings great sharpness and clarity to every picture. You can change the exposure of any image after taking the shot. which is also very useful.

Video on the rear camera can be taken at 1080p Full HD resolution but, crucially, this is at 60 frames per second which makes any resulting recordings silky smooth.

The front camera sounds unduly modest at 1.2MP, but Apple again do a great job with the pixels. As well as producing good selfies, though, the front camera app is the real star. Where most manufacturers leave the front camera to just taking basic selfies, Apple upped the stakes. The selfie camera has face detection, HDR and can record at 720p resolution. Of course, Apple intended the camera for Face Time as much as selfies, which is why they limit the resolution. Video uses a huge amount of bandwidth. This might not be an issue of WiFI, but can be a bottleneck on cellular connections. 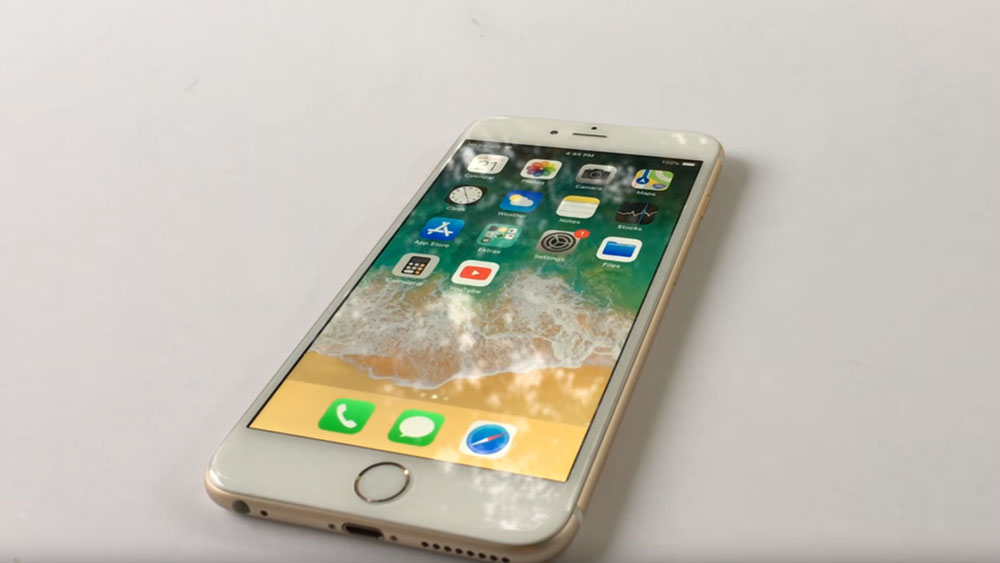 All in all, Apple use their hardware exceptionally well. If you compare the specs of the iPhone 6 to the Samsung Galaxy S7 side by side, you’d wonder how they are neck and neck for users’ dollars. The Galaxy S7 looks streets ahead in raw power and technology. It is testament to Apple’s engineers that the iPhone 6 is, indeed, very much a competitor to Samsung’s flagship.

With 16GB of internal storage, you have enough space to carry a tone of audio files around. We’d have liked more RAM than the 1GB apple give. But, in fairness, Apple know what their devices need, and there’s never any suggestion of things getting sluggish. The ARM A8 processor is also excellent, and very efficient, which will help the speed.

The fingerprint sensor on the front is also a welcome addition. It’s a feature which, until you have it, you wouldn’t realize was so useful. Battery life is also much improved and will have enough juice to keep you going for as long as you need. 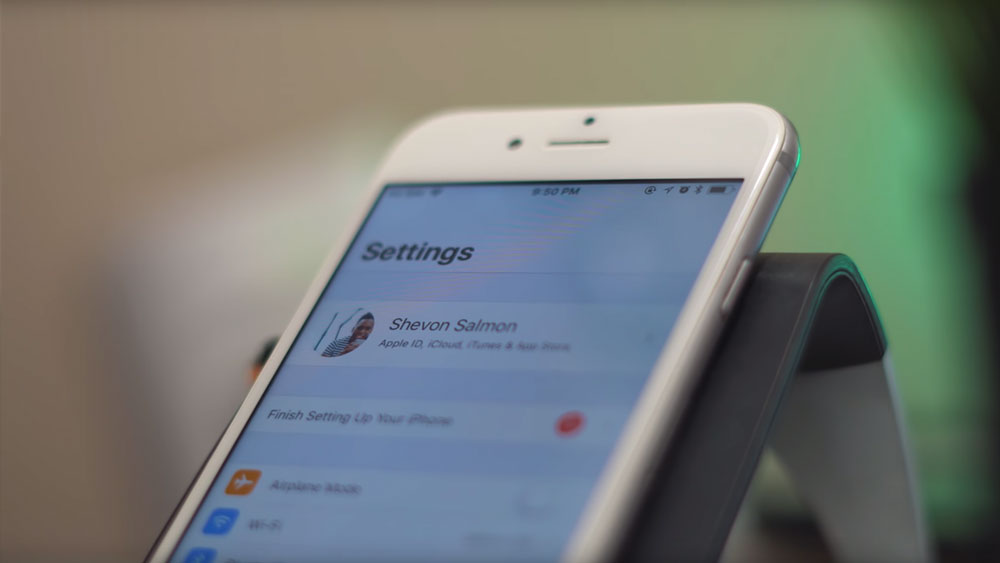 There’s little that we can say about iOS which you haven’t heard a million times. It is, despite the almost paranoia-driven approach to keeping its secrets which Apple take, a terrific OS. Apple don’t bloat the iPhone 6 with anything. You get to choose exactly what you install and what you don’t. As long as it’s from the Apple app store, of course.

The iPhone 6 ships with OS 8, but is fully upgradeable to iOS 12. This, again, is a good indication that the iPhone 6 packs a lot of power. iOS 12 can be resource hungry at times, and yet Apple have no reservations about making the upgrade available. 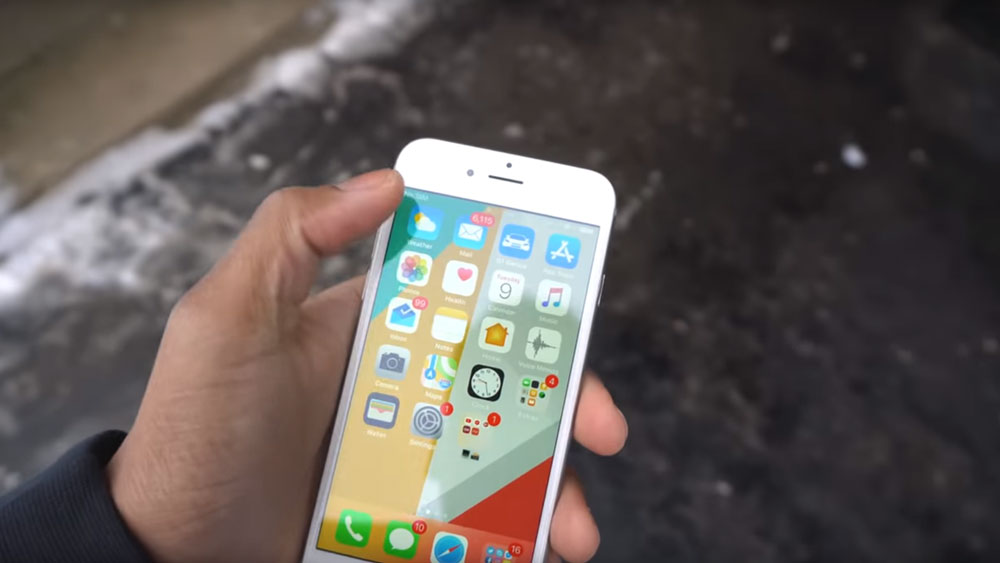 The iPhone 6 is truly a great smartphone. Perfect? Not quite, but it comes pretty darned close for most things. It was a big leap for Apple over the 5s, and set the standard for the models which came later. You don’t get to sell over 200 million units of anything, unless it’s up there with the best in its field.