It’s probably to say that most smartphones look very similar, if not almost identical. Sure, devices like the Samsung Galaxy S Edge series look great and add little individuality, but still.

Thankfully, though, there are still a handful of manufacturers who try to be different. Some already have their product to market, others are still trying to get there. The point, though, is that smartphones are starting to get exciting again! 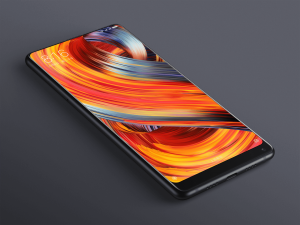 The original Mi Mix was a revolution in smartphone display technology. It was the first smartphone which had a display covering its entire front face. In case that doesn’t sound like much, it really is. The technology alone for edge-to-edge displays is extremely difficult to implement. The edges of any display are the weakest in many senses, from being prone to damage and suffering visible distortion. Even the greatest camera lens manufacturers in the world struggle to keep edge distortion to a minimum. The center is always going to be the sweet spot and the edge the opposite. It’s just how all optical and visual devices work.

The 6″ display is in a body which is smaller than other devices with 5.5″ displays. That fact is significant in a world where phones are getting bigger and heavier with each release. There is a small “chin” region at the bottom of the screen, which is necessary for button sensors and a couple of other things. Even then, it is still very small in comparison to most smartphone designs. The Mi Mix 2 also has a ceramic case, on an aluminum frame. This means it is ultra light and ultra tough. 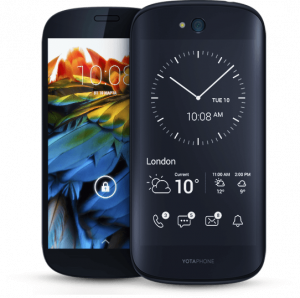 Amazon made significant waves a few years ago when they introduced e-ink to the Kindle. E-ink is a display technique made to mimic actual ink on paper. It causes less fatigue on the eyes, and helps to prevent the disruption to sleep patterns which occur as a result of the digital glow of a smartphone or tablet. The Yotaphone incorporates an e-ink display on to the rear of the smartphone case, making it a true dual-display phone. The rear, e-ink display is monochrome only, but to be full color would defeat the object somewhat. For apps like Twitter, Facebook, email and other text-heavy use it is ideal.

Yota even claim that you can get up to 100 hours of read time, if the content includes few graphics. They haven’t limited the functionality in any way, though. Every part of the Android OS is accessible from the e-ink display. They also haven’t shirked on the main specs. Everything here from the fast charging to the cameras would sit quite happily on an iPhone or Samsung Galaxy S. 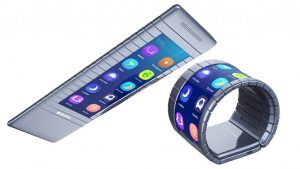 Chinese company Moxi claim to have produced a fully functional and truly bendable phone. It was originally to have been available before the end of 2017, but has yet to appear. The technology is very interesting, though. Screens that can bend have been around for a while, with the LG G Flex being one of the best known. Where the Moxi goes further is that it can bend all the way around your wrist, like a watch. The prototypes that have surfaced have shown real promise, and it could mean a massive leap forward if the likes of Samsung can fully adopt the technology.

As yet, the Moxi can only run a proprietary operating system, but one assumes that the software should be the easiest thing to implement. Watch this space, is probably the best advice on the Moxi Bendable. 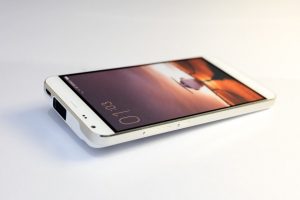 Despite the awful name, the Akyumen Holophone might just be the most useful smartphone ever. As long as you have a need to project image, movies, spreadsheets or anything else, that is. Powerpoint presentations are great, but how often does the laptop not connect or you can’t get the image to project properly? The Holophone actually manages to get around all that in the most elegant way possible.

Built right into the phone is a high-end projector. Not some cheap gimmick, but an actual projector which can project a picture up to 16 feet wide. Granted, the looks of the phone do take a bit of a hit. The presence of the projector means a pretty sizeable wedge at the top of the device. However, for those who would find it useful, it’s a remarkable achievement. 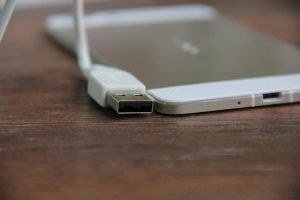 For our final pick, we go a little more conventional. The X5 Max has everything you’d expect from a mid-to-high end smartphone. Full HD Super AMOLED  display, high MP cameras, and all the rest, but it has one thing about it which is different. The Vivo X5 Max is just 4.5mm thick.

For those who don’t calculate well in metric, that’s 0.20 inches. The average for what are considered thin smartphones is around 0.32-0.36in, so we’re talking very very thin. Pick up the smartphone you’ve got and find the headphone jack (assuming it has one). That’s 0.14inches wide, so you get the idea just how thin the X5 Max really is. Samsung and other makers don’t even come close to matching the X5 Max levels of svelteness.