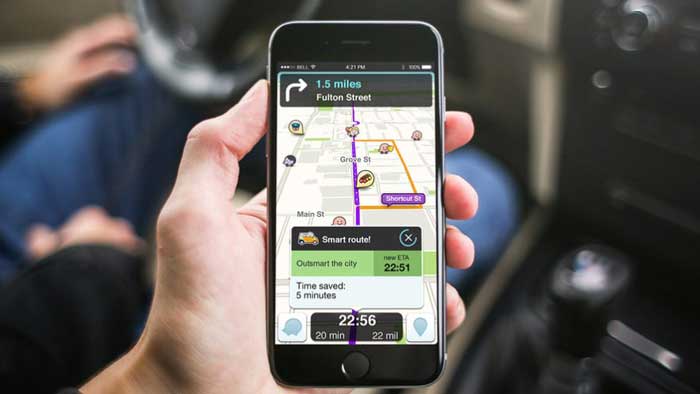 Google Maps is the most popular maps app in the world, and by a distance that is considerable. Others have tried to challenge Google as kings of mapping, and some like Microsoft/Nokia with Here WeGo even do it really well. But the fact that Google Maps comes pre-installed on all Android devices makes it the go-to app for anybody trying to get somewhere. It’s probably just as well, then, that it’s good at what it does. 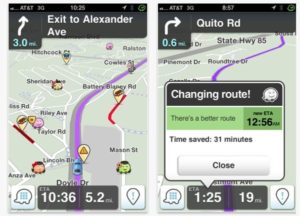 Despite how big a deal Google Maps is, and always was, a few years ago, a new app hit the Play Store which threatened to derail Google’s dominance. Waze was a new way of using GPS navigation. It updated traffic problems in real time as reported by other users of the app. Google Maps also does that, but it will insist on keeping you on the least blocked major roads. That is rather than actually finding an alternative route.

Where Waze is different is in the level of aggression it uses when re-routing. It will go into full on Jason Bourne mode if it sees traffic on your preferred route. It will take you up any street necessary in order to avoid it, no matter how suburban or how narrow those streets may be. If you’re in a rush to get somewhere, Waze will get you there faster than almost anything else.

Where Google Maps still excels is its use as a mapping app and not just as a navigation app. Using the entire Google resource machine, Maps will show you routes for walking and public transport, as well as driving. It will bring you much more information about where you are and where you’re going. Waze, although using some similar information, is all about the route.

Oh, and we should mention that Waze is so good at what it does that Google bought the company in 2013. Google have said that they want Waze to carry on doing what it does, and they have no intention of merging the two apps. They believe they serve fundamentally different purposes. To be fair to Google, 4 years in and, although some of the Waze features have been included in Google Maps, Waze has been left alone to get on with it’s Jason Bourne thing.

If you do get stuck in traffic, Waze will even suggest nearby coffee shops or restaurants where you might want to grab a drink. They correctly assume that you’d rather that than to sit in a metal box, going nowhere. The app does had ads (doesn’t everything?), but it limits these to when you are stationary. It’s sort of like a digital version of the billboards you see at the side of the highway or at traffic lights.

The one advantage Google Maps has over Waze if it is just GPS navigation you need, is the ability to work offline. It’s true that you do need to download the area you wish to navigate before you set up your route. Yet this is something Waze doesn’t have at all. Such an omission does seem curious. Especially given that many navigation apps like the aforementioned Here WeGo and the Navi series don’t require a data connection to function apart from when downloading maps. True, those apps don’t give you traffic updates when offline, but both have the option to be online. That is something that Waze lacks.

All in all, Waze is a great replacement for Google Maps. Especially if you just want to get somewhere without all the other Google stuff that Maps forces on you. It’s also free and has a smart interface that lacks some of the clutter that the official Maps app insists on. It also has the backing of Google, of course. That means it’ll be as good as it should be.

A word of warning here though. Waze doesn’t release the GPS service when you close the app. It will just eat the battery in minutes if you don’t realize. You have to close the app properly from the list of open apps on the front screen to truly stop GPS  from running. You will see the change by way of the GPS Pin icon in your top bar.

Our Winner Is… Waze

Despite this bug, if we had to choose a navigation app, we’d go with Waze. It’s fun to use, looks great and those real-time updates are just amazing. Google Maps is the better mapping app, no doubt. Yet Waze will out perform it every time in getting you there.