We hear such words regularly when reviewers and manufacturers talk about mobile phones. But what exactly are flip, slide out and candy bar phones? What do they look like and what does each have that the others don’t?

Flip phones were a huge innovation when they first appeared. The design was popular for several years despite never quite reaching the heights of the original candy bar phones.

They have multiple advantages including offer significant extra protection against screen damage. Another big upside of flip-top phones is that you got a decent size keyboard. The display itself is usually (for the time) a reasonable size. Notifications were usually provided by a reduced-function secondary display on the top of the phone when it was closed. Lastly, the flip-top design meant that it took up a lot less room in your pocket or purse than other devices.

Flip-top phones were primarily very manufacturer-specific. No app stores, although some did provide a handful of bespoke apps including some games. Most manufacturers have produced flip-top phone designs over the years, and some continue to do so. Yet the undoubted kings were Motorola and Sony Ericsson. The pair of them took flip-top from being a little bit chunky to sleek and sexy.

Flip-top phones are still a popular alternative to smartphones for many, including older users. New models do come to market fairly regularly. 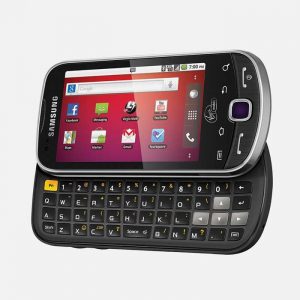 You could argue all day about whether slide out phones are too niche to ever make a real difference. Or whether you think they are the best thing since sliced bread. The “slide out” in the name usually refers to the fact that these devices had a full QWERTY keyboard tucked away under a smartphone-like display. The display would slide up to reveal it.

Some slide-out phones more resembled a flip-top phone. As the small screen slides up to reveal a more usual numeric phone keypad. Yet the term does generally refer to a device with a full hardware keyboard. There is the odd smartphone-based device around, but most are proprietary in the operating system they use and the apps they provide.

Slide out phones are massively useful for those who need to do a lot of typing when out of the home or office. The quality of the hardware keyboard is invariably high. There’s something special about having all the keys you need under your fingertips, with a definite and physical ‘click’ when you press a key.

While little out of fashion these days, it has a totally dedicated user base who will defend them to the death. Slide out phones will probably never disappear altogether, although new models do seem to be few and far between. 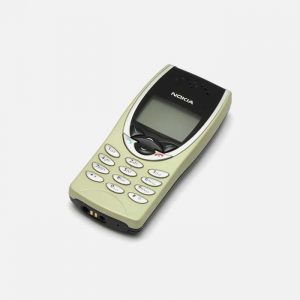 The candy bar is the most popular design among mobile phone manufacturers and users. That is despite early candy bar devices looking little like their modern descendants.

Think back to the massively popular Nokia devices like the 3310, and that is a classic early candy bar design. Now, all full display smartphones are technically candy bar designs. But we tend to just refer to them as smartphones more in order to distinguish them from their feature phone ancestors than out of any commitments to naming protocols.

Candy bar phones were usually split on an approximate 60/40 ratio. The bottom 60% of the device taken up with navigation buttons and keypad, and the top 40% containing the display. Most displays were monochrome, but later models did also use color displays. This ratio did change over time, as room was made for external speakers at the top of the front face.

They were also almost always as tough as pressed steel. The evidence is in how many of them still lie unscathed in drawers all over the world. Candy bar phones are what really set the mobile phone world on fire. We should thank them for the smartphone wonders we all carry today.