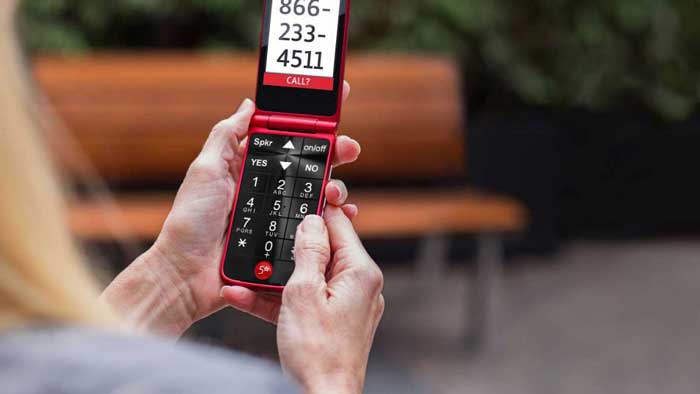 Flip phones are often seen as a little bit passé in this age of full screen smartphones. Despite that, there is still a huge market for feature phones. Feature phones, technically, can be anything from a flip phone to a candy bar style. Apart from the recent Nokia 3310 comeback, though, the majority today are of the flip or clamshell variety.

But that doesn’t mean that flip phones are in any way inferior. They may not do everything a smartphone does, but many people don’t need them to. Calls, texts, emails, a bit of browsing and perhaps a couple of other things like mp3 playback might be all some need.

So which flip phones should you be considering in 2018?

You know when we said that flip phones weren’t smartphones? Well, we lied about this one. The SM-G9298 is, in fact, a fully featured, Android smartphone. It looks spectacular and performs as well as any smartphone we’ve seen. It has a 4.2″ Super AMOLEd display, which flips up to reveal the phone keyboard and buttons.

Rather than a true flip phone that we’re used to, it’s really more of a hybrid, but is none the worse for that. The only drawback is, although already on sale across Asia, it has yet to see a US release. But don’t despair. The SM-G9298 can be readily had on Amazon and Ebay so, if you are a fan of flip phones but like the idea of a smartphone, it’s a win-win. 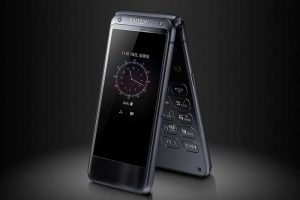 Kyocera specialize in phones for tough environments. The DuraXE really is as hard as nails, ready for anything the world can throw at it, or even anything you can throw it at. Designed and built for the kind of job that shreds ordinary phones, the DuraXE is another Android device.

It conforms to the MIL-810 Standard, which means it is waterproof, dustproof, oil and chemical resistant, shock proof, vibration resistant and a ton more. But despite all that, it is also seriously good looking. 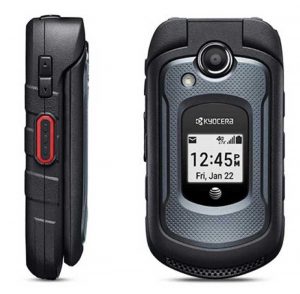 Forget the terrible name, this is a seriously good flip phone. A few years ago, Motorola released the Razr, a wafer thin flip phone that was a massive leap forward in flip phone design. The Jitterbug Flip looks pretty similar, that is to say it looks great. The company focus on phones for seniors, as demonstrated by the big buttons and special features for SOS calls and other things. But don’t let that put you off. Senior or not, this is a high-performance, smart looking phone.

The Flip may not do too much above the basic requirements of a cell phone, but it does them so well it won’t matter. 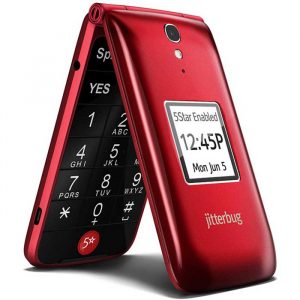 Okay, so phone makers aren’t great at naming their devices, but it doesn’t stop them making great phones. ZTE are a manufacturer who have made massive dents in the US market place. They’ve done this by producing amazingly well specified phones at bargain prices. The Cymbal T runs on Android, is 4G compatible, has a multi-touch display and a quad-core processor. It also has Bluetooth, Wi-Fi, dual 5MP and 2MP cameras, GPS and even a MicroSD card slot.

These are all things you’d expect to find in a high-end smartphone, and yet ZTE have somehow managed to cram them into a flip phone. The Cymbal T is probably the best looking flip phone we’ve ever seen, in fact. 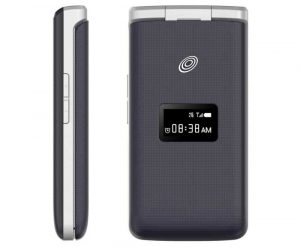 So you want to pay less than 60 bucks for a phone? Here’s your chance. LG make phones to last. They look great and feels a solid as anything else out there. If you look up “simplicity” in the dictionary, there may well be a picture of the B470. It really is that easy to use. A camera is included, which isn’t always the case in phones at this price. As is Bluetooth, for connection to headphones or in-car systems. A useful feature of the B470 is that incoming texts appear on the secondary screen without opening the phone. This helps to preserve battery life significantly.

It may not be the most advanced phone available, but that’s kind of the point. 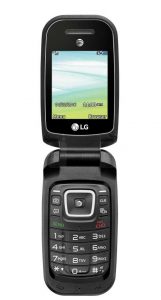 If you don’t need a smartphone which costs $70 or $80 a month for a data contract, then don’t have one. Advertising execs are paid to seduce the rest of us into spending money on their products. Not because it’s good for us but because it’s good for them. If you don’t need all that a smartphone provides, then don’t pay for it. Instead, look for a phone that will do exactly what you want it to. You’ll be getting a great phone at a great price.