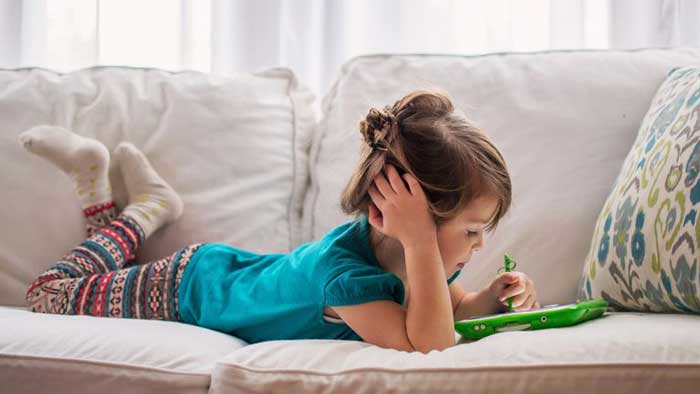 Kids now grow up with, parent permitting at least, easy access to smartphones and apps. Such technology was mind blowing when it appeared a decade ago, but now it’s just, well, normal.

Let’s face it, it’s easy to let even younger children loose with a smartphone to play the games they like. But is it the best way to keep them occupied? It can be, as long as you’re savvy with the games you let them play. App makers are more aware than ever that games can be educational as well as entertaining. Here, we take a look at some of the games your kids will love, and will learn from. 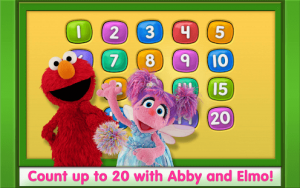 The app Elmo Loves 123s has been around for a few years now, but is still a huge favorite among younger children who are just starting to learn to count and read. If your kids are familiar with Sesame Street – and if they’re not, why not?!? – then they’ll love this. Elmo and Abby will guide them through the learning of numbers 1 to 20. They do it with stories, songs and simple puzzles to aid remembering. This is just a great app to get kids used to learning.

True to the Sesame Street principle that learning should be fun, there’s even a tracker so you can see how far your child has progressed. 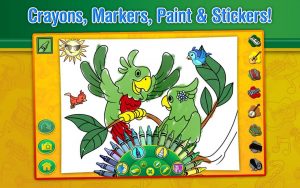 Official apps, despite usually having tons of money thrown at them, are often bitterly disappointing. Fortunately, some do rise above the rest to stand out, and this offering from Crayola is one. Aimed at younger kids, the app brings crayons and stickers to a whole new, digital level. As your child colors in the pictures, they are rewarded with another instrument in the song that is playing. Best of all, different parts of the image is associated with different instruments. This means every time they do that particular page, the song will be different. This gives a longevity to the game that might otherwise be missing.

Over 50 colors and 40 pages are available, and more can be bought for a dollar or two. It might not be education in the classic sense, but it teaches colors and hand-eye coordination in a positive way.

Another game that’s great for helping kids to learn the alphabet. By getting them to trace the letters with their finger, it also helps them to distinguish one from another, making reading much easier. This game is a great supplement to home or pre-school teaching. Games help kids to learn the entire alphabet, and even to practice their handwriting.

It doesn’t try to do too much, and is focused upon a structured style that is also fun for the child.

A similar game to the above ABC Games For Kids, but with a different and much simpler approach. The entire aim of this app is to teach your children the alphabet as a precursor to acquiring better reading skills.

Where Learn The ABC is a bit different, is in its use of various fonts, which helps kids to understand the same letters or words written in different styles. It might not sound like a big deal, but it is really quite effective. 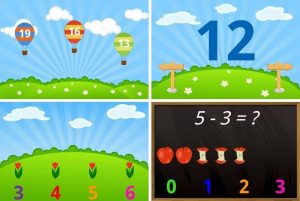 Aimed at age 5 years and up, for children who have already started learning, Kids Math has a series of different games and challenges. Some of the tests are quite simple, to promote the fun of learning, but they do get progressively harder and can be quite tricky at times.

The games are fun and engaging, and teach kids all sort of basic math skills that will come in handy in all sorts of situations. 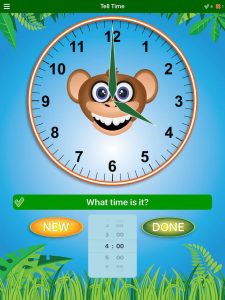 “Are we there yet?” is the scourge of parents everywhere. If only your kids could tell the time, you could let them know how long the drive is, and they can count it down themselves. That’s where Jungle Time comes in.

Animal faces make the learning a lot of fun, and there are both analogue and digital clocks to emulate real life. 12 and 24 hour clocks are also used. This is a great little app to get your kids up and running with telling the time.