In case you’ve never come across the idea of a dual SIM smartphone, the concept is pretty SIMple. The vast majority of smartphones carry a single SIM card which connects to a single designated network carrier. Yet dual SIM devices have 2 SIM cards. They can connect to 2 separate and completely unrelated networks. 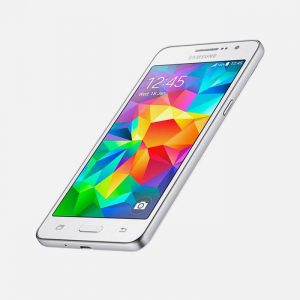 There are several reasons why this might be desirable. One primary advantage are when separate talk/text and data-only contracts proves less expensive than the more usual combined contract. Another is for those people, who have a personal smartphone for their own use, and a different phone for use in their job. A dual SIM phone allows them to carry just one device.

There are actually 3 different ways in which dual SIMs are used. It often depends on the price of the phone as to whether it’s a good way or a not-so-good.

The cheapest application of the dual sim protocol, this method is also the least desirable. Although the phone does carry 2 SIM cards, to use either of them requires the SIM to be activated in the settings. This disables the other SIM altogether. To switch between the two, the first must be deactivated and the second then activated in its place. That means a trip to the settings again. Although arguably more convenient than carrying 2 phones, the inability to take calls on either of the networks at any time is a considerable inconvenience.

This is a considerable step up from the Single Standby method above. Both SIM cards are active at the same time. The only restriction is that if one is in use, the other cannot be used to make or receive calls or use a data connection. This is the most common method in smartphones due to the obvious advantages it brings over Single Standby. As well as by the fact that it is still relatively inexpensive for manufacturers to produce. Switching between the two SIMs is automatic, once both have been activated in the phone settings. When a call is going on, the other SIM is automatically inactive. In addition, when the call ends, both automatically become available again without any action required by the user. 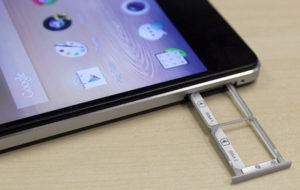 This is the best implementation of dual SIMs. The Dual Active has both SIMs ready and available at any time, including if a call or data connection is already in use on one. It’s an effective 2nd line option for smartphones, but isn’t without its downsides. Smartphones with Dual Active technology require 2 radio transceivers, one for each card. It adds significantly to manufacturing – and retail – costs. It can also increase the battery consumption considerably.

At the moment, Dual Active devices are actually pretty thin on the ground. The increased costs means other features of the phone will be sacrificed. It’s therefore possible a mid-range Dual Active smartphone will cost as much as a single SIM flagship smartphone from Samsung or Apple. That’s also the case that the 2nd card slot is a dual purpose SIM/SD slot, so you have to choose between the extra storage or the 2nd SIM card.

Networks Will do All to Avoid Dual SIMS

It’s also true that smartphone manufacturers come under considerable pressure from the various networks. They are pushed to limit the availability of dual SIM devices, in case their revenues are affected. In the US, smartphone manufacturers often have lucrative exclusive contracts with networks for sole access to new devices for a period after the day of release. This is another reason why even giant manufacturers like Samsung only have a very limited range of dual SIM devices available.

Dual SIM card devices should be one of the greatest innovations in smartphones, and it is. At least up to a point. Manufacturers need to brave up and stop bowing to pressure from the networks. Meanwhile manufacturing costs will remain too high for Dual Active SIM phones to gain a real foothold. Dual Standby is okay, but it immediately rules out the small business market. They surely wouldn’t risk missing a work call because they were making a personal call which renders the work SIM inactive.

It might be a slow burner, and public pressure may eventually force someone’s hand. Time will tell.