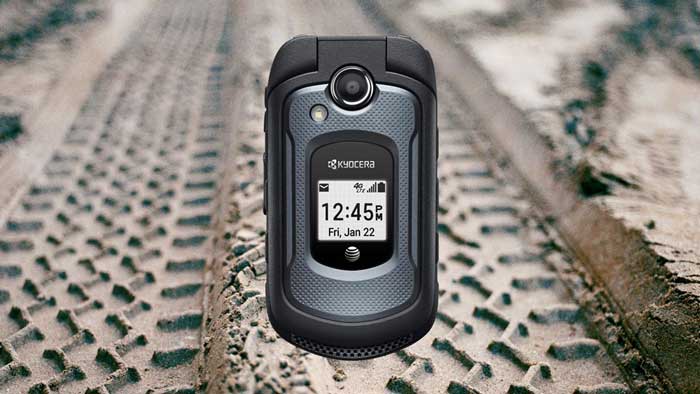 The Rugby 4 and Kyocera DuraXE are rugged phones have a growing fanbase among mobile device users. While great, full-screen display smartphones have one massive weakness. They break, and they do it all too easily. What rugged phones give is a strength and toughness smartphones will always struggle to deliver. That can be screen protection, drop protection, waterproofing or any one of a number of other measures. The Rugby series from Samsung has always been a leading exponent of the rugged phone arts, while retaining all the functionality you’d expect from a feature phone. The Kyocera DuraXE set new heights on its release, showing itself to be a match for any situation.

It’s no surprise that, in the main, rugged phones do make compromises on design compared to other mobile devices. It’s probably also not a surprise to know that all the bits they leave out are the weakest ones. Any device which has a lot of glass built into it, however well built it may otherwise be, is never going to survive for very long in a tough environment. Rugged phones like the Rugby 4 and DuraXE set out specifically to combat this and offer an alternative for those who need it.

But how do they compare head to head? 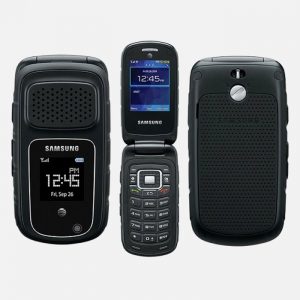 You would expect two phones which claim to be tough to be just that. Fortunately, both the Rugby 4 and the Dura XE live up to the billing. Both are well built and contain lots of features to keep inside and out protected. Each design is of the flip-top or clamshell variety, meaning the main display is fully out of harm’s way when the phone is closed. This also means there’s little to choose between the looks of the pair. The Rugby 4 is slightly more conventional looking, with the Dura XE sporting a carbon-fibre effect front case.

Both have bold, raised keys suitable for use when wearing gloves. Both are also MIL-STD 810, which goes way beyond the more common IP67 water resistance we see on newer smartphones. Mil-STD 810 offers military grade protection against water, dust, heat, cold, shock, radiation, drops onto concrete and more. Although neither would survive a direct hit with the front of a train unscathed, both the Rugby 4 and the Dura XE are tough enough to withstand almost anything your work or home life can throw at them.

In truth, neither phones will compare with the power of the flagship smartphones from the major manufacturers. But that doesn’t stop them from being plenty powerful enough to get the job done. The Rugby 4 requires much less power than the DuraXE, due to it using Samsung’s proprietary operating system. The DuraXE runs on Google’s Android OS, giving it access to the Play Store and all the apps used by smartphones. The DuraXE also has 8GB of built in storage, to the Rugby 4’s 0.125GB. Both do have a MicroSD card slot for up to an additional 32GB which should be plenty for most people.

The display size on the DuraXE is 2.6″ compared to the 2.4″ of the Rugby 4. Although small by today’s standards, they are big enough for what the phones are intended for. The secondary display when the phones are closed give info like the time and any notifications.

The DuraXE has a very powerful dual speaker setup. This makes listening on hands-free much easier than on the Rugby 4’s enhanced, but still not as effective setup. If you’ve ever tried to listen on speaker near running machinery or a bust road, you’ll know how difficult it is on a smartphone. The DuraXE speakers are loud enough to be heard over almost any background noise. The  speakers on the Rugby 4 do a good job up to a point, but can’t compete with the DuraXE. 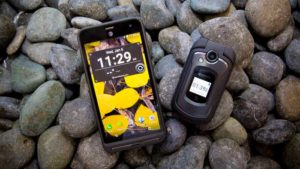 Both can shoot video and, whilst there’s no HD recording ability in the Rugby 4, the DuraXE can record at720p. This is probably a good example of the fact these phones are designed for practicality, not as social media-laden smartphones.

Push To Talk is a feature which is vital in noisy industrial environments. There are times when you need to speak to multiple people at once, and this is where PTT comes in. When used to call other PTT phones in your contact list, in effect you get a “walkie talkie” type of experience. You push the dedicated button to speak and release it to let the other person speak. PTT can also be used for group conversations, and so is ideal for construction, distribution or other situations where messages are meant for broadcasting to multiple recipients. The DuraXE and Rugby 4 are both capable of PTT. 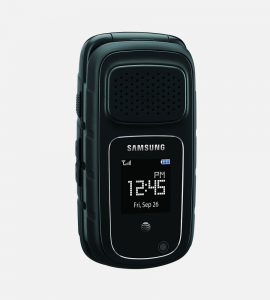 Although both the Rugby 4 and DuraXE are very capable and worthy of anybody’s money, the DuraXE just about shades the competition on a couple of major points. The 8GB of built in storage gives the DuraXE a significant advantage over the Rugby 4. Being able to carry files without adding the cost of a MicroSd card is important especially if you forget to take the card with you. Also, having access to the Google Play Store might make the DuraXE a little more of a good compromise for those who don’t want to completely surrender their smartphones.

If you use speakerphone a lot, then the DuraXE wins this hands down. The dual external speaker system is just terrific in almost any environment you could subject it to. The Rugby 4 starts to falter once the noise gets too high, although it is still better than a smartphone.

Less important, perhaps, is the camera resolution and the 3MP of the Rugby 4 is adequate for most situations. The slightly higher resolution of the DuraXE isn’t quite such an issue here. The exception, though, might be when recording video. The rugby 4 is only capable of low-resolution video, compared to the 720p of the DuraXE. If recording video is a requirement for your job, the DuraXE resolution could be the deal maker here.

Whatever you decide, both the Rugby 4 and DuraXE are fine phones. Neither will disappoint or let you down.