How To Block A Number On Any Phone 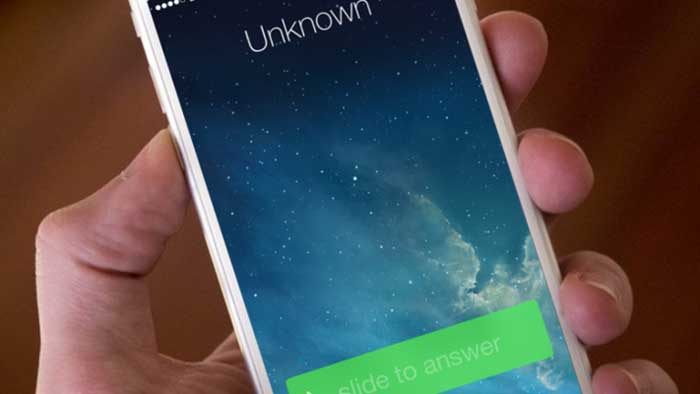 Owning a smartphone is one of the great traditions of modern life. It has opened up new worlds which, just a decade ago seemed the stuff of science fiction. Somewhere, though, in the midst of all this technical advancement, some things got lost along the way.

As well as gaming, movies and social media came the spammers, the scammers, the hustlers and the swindlers. It started with emails and has progressed to phone calls and texts. They are all taking a chance on stumbling across someone out of whom a profit can be made. Harassment by phone is on the rise, and it can be a very unpleasant experience. There are things you can do to reduce the problem, although it is very difficult to stop altogether. 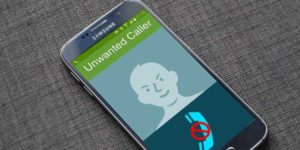 The first thing you should do is register on the National Do Not Call Registry. This is a register of numbers that sales marketers are told don’t wish to receive phone calls, but it isn’t foolproof. Reputable companies will comply with the register, but dishonest callers won’t. Being registered will stop legitimate – if irritating – calls, but not much more. After you have been on the register for more than 30 days, you can report calls from number breaking the agreement. The Registry will then move to take action against the caller(s). Again, not foolproof but a help.

And so, ultimately, it will come down to you to take action by changing the settings on your phone if you want to stop the calls altogether.

If you have received a call you wish to block, simply go to your Recent calls and find it in the list. Click the Info button (a circle with an I in it) and you will see an option to “Block This Caller”. The same process applies to a number that has tried to FaceTime you. If it is a text that has been received, the process is a little different.

To block a number that hasn’t called you, you need to create a contact with that number in. At that point, you have the option to then block that contact. The good thing is that you need to create just a single contact for all blocked numbers. Once you have a “Blocked” (or whatever) contact, you can just add new numbers to that same contact entry.

If you want to block someone already in your contact list, for whatever reason, do the same as you would with your new generic “Blocked” contact.

Note: If you block a number, it is blocked permanently on all fronts. Calls, texts and FaceTime requests will all be automatically rejected. You can’t just block one of the three, it’s all or nothing.

If you have Android 6 (Marshmallow) or later, blocking calls is quick and easy. Simply find the number in your recent call list, long press the entry and select “Block  Number”. Confirm you want to block the number in the popup and that’s it. Be aware that different phones may use slightly different terminology such as “Reject” instead of “Block” etc., but it isn’t difficult to work out.

For unsolicited texts, it is just as easy. Go to the text in question, and tap the ⋮ icon at the top right. You can then block the number as you would in the call list. Again, phones by each manufacturer may offer slightly different options or use different terminology.

Note: Like on iOS, blocking a number will block it for all communications. 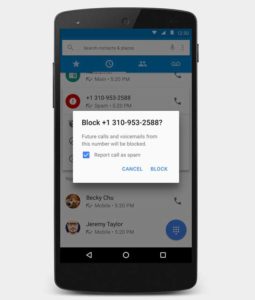 Blocking Calls on Any Phone or OS version

If you are running an older version of iOS or Android, you may not have these one-tap methods available to you, but don’t worry. Blocking contacts has been available for of both systems for quite some time, and this is how you will need to do it.

As mentioned above in the iOS instructions, create a contact called something like “Blocked”. You will then have the option to block that contact. This applies to Android and even Windows Phone as well.

When you get a call or text from a number you want to block, use the correct method for your device/OS to add that number to an existing contact. For some it may be a quick tap, others a long tap or even entering the settings for that number. Then just choose your “Blocked” contact. The number will be added, and you can save the contact details.

The vast number of potential device/OS combinations makes it impossible to list every single method but, broadly speaking, they are as follows –

Open the phone app, select call history, tap the number and “Block Caller”. If the number is already in one of your contacts, you will see “Block Contact”

LG make it a little more fiddly. Open your phone app and go to Menu > Settings > Call Reject > Reject Calls From. You will then need to add the numbers you wish to block.

Samsung have such a massive range, that instructions can vary across all models, However, most will us the following. Go to the phone app and view the Log. Choose a number, tap More > Block Settings. You can then choose to block calls, messages or both. The same process is used to remove a block.

If the number is already in your contacts, open the phone app, go to More > Settings > Call Blocking, and add the numbers.

If all else fails, create your Blocked contact, then find the call entry in your Recent list and go from there. That will usually let you block numbers.

All carriers, whether Verizon, T-Mobile, AT&T or whoever, have options in your online account to manage blocked numbers. The problem is that they are often very complex and device specific. If you ever change your phone, even if you keep the number, you will have to re-do the call blocking settings.

For this reason, we recommend doing it on your phone. Both Android and iOS will save details of blocked numbers if you backup to iCloud or Google Drive, and these will be re-initiated when you set up a new phone. This is dependant on the new device having the facility to block numbers, but almost all do nowadays.

As a final word, if you have a very old phone or a model which doesn’t seem to use any of the methods above, Google will be your friend. Just search”block numbers on xxxxxx” inserting the model you have. Chances are you won’t be the first one to ask the question.