If you’re reading this and wondering exactly what a mobile hotspot is, then check out our blog post explaining everything you need to know. If you’re familiar with the concept already, then you might be wondering which hotspot is best for you. Well, wonder no more, because here we compare two of the best, the Unite Explore and the ZTE Velocity. 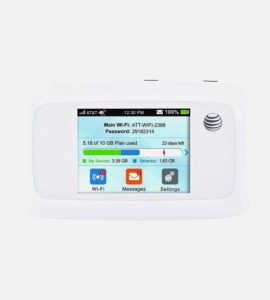 In Case It’s All About The Looks

Hotspot manufacturers generally aren’t looking to win awards based on how their device look. However, they do try to make them look reasonably attractive. More importance is usually placed on size and weight. In this respect, there’s not a lot in it, with the pair having almost identical. The ZTE Velocity is slightly longer at 4.7”, but the Unite Explore is slightly wider and thicker. Either way, though, we’re talking about a couple of tenths of an inch each time.

Looks-wise, they are again pretty similar. Both resemble a typical car GPS unit. They have color touchscreens showing the information you need on things like battery life, data flow, signal strength etc. The Unite Explore comes in black, and the ZTE Velocity has a white option as well.

The Nuts and Bolts

Both are 4G enabled, both (of course) have Wi-Fi and can connect multiple other devices. Their sizable batteries are great although the Unite Explore takes that particular round with exceptional battery life. The Unite Explore includes a USB 3.0 port, although USB 2.0 is easily capable of outrunning any 4G connection in terms of data transfer speeds, so this isn’t quite so important. The ZTE Velocity has a MicroSD slot for carrying files around. Although this won’t allow movies to be streamed to any connected devices, it does allow a device connected to the hotspot via USB to access the files. 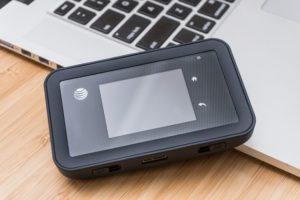 This is where separation of the two devices gets pretty wide. Although the ZTE Velocity is pretty tough, and will probably survive the odd drop far better than any smartphone, it doesn’t come close to the Unite Explore. The Unite Explore is rugged and complies with several standards for water and dust proofing, as well as drops from up to 3 feet. It might seem a small thing, but hotspots are designed to be thrown in bags and purses, to be brought out when needed. The Unite Explore will survive all that, and more.

For what they are designed to do, there’s little to choose between them. It might be that the Unite Explore just shades it based on it being much tougher (although the ZTE Velocity is pretty tough). As well as giving just that bit more battery life and potentially faster Wi-Fi speeds. However, the Unite Explore is the more expensive of the two. So it’s probably natural that it comes out on top in this comparison, however narrowly.

Either way, though, you’re looking at two terrific mobile hotspots. Which, like all our devices are unlocked and ready for use on any GSM network in over 160 countries worldwide.