Mobile hotspots cover a wide range of needs and, accordingly, have a wide range of features.There is some truth to the assertion that mobile hotspots are all the same, in that many of the features do carry across all devices. But that’s also true of most things. Every smartphone has more in common with every other smartphone, than it has differences. So why would we expect hotspots to be any different? The fact is that we don’t.

Again like smartphones, that doesn’t mean two devices with the same feature will have the same level of usefulness or implementation. That’s what makes one better than another. Or different, at any rate.

Here, with that in mind, we compare two of the heavyweights of the scene, the Netgear Unite Explore and the Unite Mobile 770S.

There are really only a couple of fundamental differences between the Explore and the 770S, but these might be important for some.  One is the battery capacity and the other is that the Explore is rugged and the 770S isn’t. In case you’re unsure, anything rugged has been constructed to withstand more than just your average day. As an example, more and more electronic devices are being made dust and water resistant, or to withstand high impact falls. The Explore has these protections built in, whereas the 770S does not. 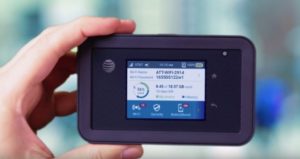 If you live the kind of life where technology takes the hits on your behalf, then rugged is good. If, though, like most normal people, you don’t throw your devices down wells or onto highways, you’ll be okay with the 770S. But, it has to be said, if you need more than 10 connections or need truly all-day battery life, then it’s difficult to see past the Explore and its massive 4340mAh battery.

One common feature across both devices is the inclusion of a 2.4″ touchscreen. Because the display on a mobile hotspot is rarely a deal-breaker, few details area available as to the display spec. However, to us, they appear identical and so probably are. It wouldn’t make sense to spend big bucks including a component which might be used in earnest just once or twice. Both displays will always give information like connection status and battery charge, but it’s not an everyday usage situation.

Setting up, is genuinely a one-time thing, unless you have reason to change passwords or add limits on connection times. You can also setup guest accounts, and the screen is very handy for that. Otherwise, if it’s just you and maybe close family, a “set and forget” approach sums it up perfectly. 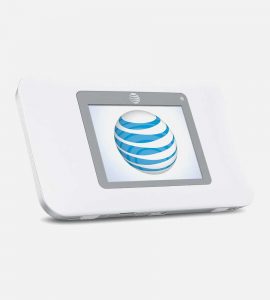 We should add, though, that there is one feature that does give the Explore another edge. Although smartphones and tablets have some parental controls built in, they can be a bit of a pain to set up. The are parental monitoring apps available which will do the job, but these can be costly although they are very effective. The Explore has the capability of applying filters to browsing and other activities. The best the 770S can offer is to limit the type of use i.e. http (web browsing), ftp and other internet protocols. Although this does add some protection, we imagine 99% of all traffic through either device is going to be plain old web browsing.

Rugged and battery life is pretty much all there is in difference. Even then, they might not be that important to your online habits. The ability for the Explore to offload some of its own battery charge to a compatible device could be a bonus, but it really is one of those things that sounds a lot more useful than it actually is.

The Explore does come in just a little bit higher on price, but the difference probably accurately reflects the feature differences.

Really, though, we’re talking semantics. Both devices are as good as anything in the field. They both lack a MicroSD card slot for carrying and transferring files, but it’s a small gripe, really. In use, they are sleek and efficient, and will provide a real cost-saving if you travel overseas, as they give you the option of buying a local SIM card, and using that for data.