Eat butter, don’t eat butter. Eat red meat, don’t eat eat red meat. Play the trumpet, don’t play the trumpet. Okay, so that last one isn’t real but you know how it is. Wherever you turn, there’s contradictory advice on what you should be eating, drinking or doing.

By no means excluded from this do-it-don’t-do-it obsession are cellphones. 20 years ago, “experts” were confidently predicting that we’d all be dead from brain cancer by now, thanks to using a cellphone. But we’re all still here. Or most of us, anyway.

So are cellphones a danger to our health or not? 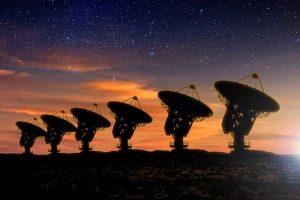 Despite this, in the early days, the power levels were actually significantly higher than in modern devices. It is probably this which has led to the worry about cellphones never quite going away.

So, given that power levels are now lower than ever, should we still be worried or can we just carry on without having to worry about becoming ill?

Radiation has the potential to cause permanent damage to the body’s DNA. This can then make some people more susceptible to many different types of cancer. Radiation, of course, is also used in the treatment of some cancers, so it is very difficult to isolate “good” or “bad” radiation. 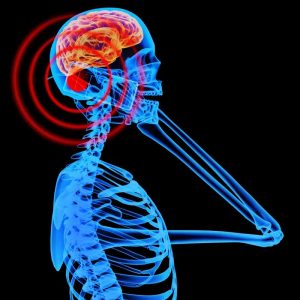 In many studies conducted up to 2017, the levels of non-ionizing radiation from cellphones has generally been found to be outside the broadcast range of those waves which might cause cancer. But, as might be expected, any time cancer is mentioned, however slim the risk, people’s concerns are immediately intensified.

Like with many studies on many topics, the evidence about cellphones often reflects the interests of the group conducting the research. However, in 2017, the state of California published guidelines on how best to avoid potential health risks from mobile phones. These guidelines included not carrying the device close to your body, sleeping with the phone away from the bed, and more. Quite what proved officials to publish these guidelines is still unclear. At that point, despite a ton of studies, none had proven conclusively – one way or the other – whether cellphones were a risk or not.

In fact, given the toxic air we breath all over America, our often unfit water supply, questionable farming and food production methods and a lot more much higher-risk activities, it is odd that California chose to focus on cellphones at all.

But then, in Feb 2018, the results of the biggest study ever undertaken on the subject became public. The US government-conducted study looked at the effects of above cellphone levels of radiation on animals. The study took over 10 years, in total, to produce its findings. Methods including subjecting rats and mice to much higher levels of radiation than a cellphone user could ever expect.

The National Institute Of Health Study

After 10 years in what is probably the biggest of its kind ever, do we know more than we did before? Well, yes and no. The study clearly finds no correlation between cellphone radiation and tumors in rodents. However, it also recognizes that rodents are not humans, and so released their findings with some caution.

The study did show some changes to the subject rodents, but that these changes were within normal parameters. In short, they had no idea if being exposed to cellphones for 9 hours a day caused the tumors or not. The FDA, which commissioned the study, also commented. They said that, since cellphones became common, there had been no significant increase in the appearance of brain or other tumors in the general population of the US.

What the lead scientist did say, was that the results did not indicate any significant increased risk to humans. He also said he would not be changing the way he, himself, uses a cellphone. That, in itself, is probably a pretty good indicator that cellphones are safe enough. 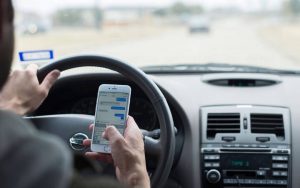 So It’s All Good News

Well, actually, no. That is to say it’s not necessarily bad news, but to say it’s good would be an overstatement. The bottom line is that we’re probably still 20 years away from knowing for sure. Cellphones have only been in common use for 20 years. It will probably need another 20 before we can say for sure that they’re not harmful.

By then, who knows what form cellphones will take? Look at the progress in functionality and even construction, just in the past 10 years. We’ve gone from feature phones with a couple of built in games, to something very different. In another 10 years, we might see foldable phones, or holograms. We just don’t know, and that’s part of the problem.

Although power output has reduced from cellphones in 20 years, it has to stop eventually. There must be a finite point at which power output will need to increase to keep up with the demands of the device. Then, based on every study done so far, the risk simply has to increase. We’re not scaremongering here. If anything, in fact, we’re doing no more than guessing.

If anything, cellphones are at their most dangerous when people walk out into traffic whilst posting to Instagram, or when sending a text whilst driving. Of course, by that point, we’re the danger, not the handheld device we’ve become obsessed with.

What we will say is, based on the latest FDA study, we should probably all stop worrying about our cellphones. As mentioned above, we’ve probably got bigger fish to fry. Or to pick the mercury out of, at least.