All About CAT Phones 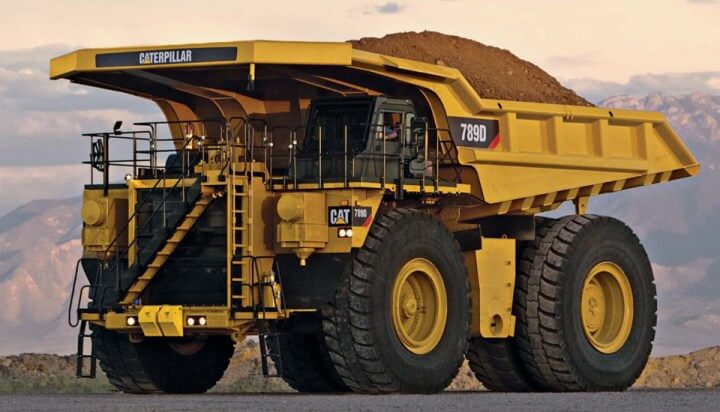 Caterpillar Inc., born in California, can trace its own history back to 1925. It is the Caterpillar Tractor Company which has produced countless farm and other earth moving machinery. Since that time they have moved on to many areas of industrial and even defense machinery. The CAT brand has appeared on everything from watches to boots and, of course, mobile phones. Always, though, the Caterpillar and CAT brands have meant “tough” and “durable”, and this philosophy is a key part of the CAT range of phones we have today.

As with many brands, CAT phones are manufactured under license by the multi-award winning, UK-based Bullitt Group. They are a company specializing in mobile electronics and high end, major brand audio devices. Bullitt focus on products that are tough enough to be used in almost any environment. And that, of course, includes the range of Rugged CAT phones.

The first CAT phone, the B25, was released in 2013 and became an instant hit amongst people in tough jobs. Jobs in which phones usually don’t make it through the first week without suffering some sort of damage. In the construction, oil and other industries, having a phone of which they didn’t need to worry constantly about its survival was a massive step forward. CAT saw an opportunity to build on the success of the B25. 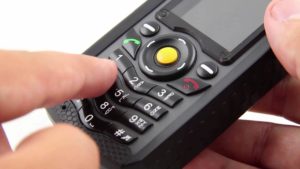 It’s fairly normal for even full-screen smartphones to have some sort of protection built in. As well as Gorilla Glass screens, many have IP67 or IP68 compliant resistance to dust and water. But, in practical use, these levels of protection – whilst good for everyday use – aren’t really sufficient for environments that require above average toughness.

CAT and Bullitt realized that they needed to do more, though, than just make tough, rugged phones. They wanted to produce devices that included features to suit workplaces in which they intended their products to be used. So they looked to include not just protection from workplace activity, but add-on features that were genuinely useful.

First, though, CAT did go all out to produce a phone that outdid any other in the toughness stakes. As well as being truly water and dustproof, they designed and built the phones to survive a drop from 6 feet onto solid concrete. Try that with an iPhone or Samsung Galaxy and you’ll be crying all the way to the store to buy a replacement. They added protection from thermal shock (extreme and sudden temperature changes) and severe vibration of the kind which can loosen teeth.

The US Military has its own set of standards for everything they purchase (MIL-STD). CAT don’t just meet these standards, they aim to exceed every single one of them, and usually do just that. Whether it’s dirt, salt, pressure or anything else, CAT phones are built to last, but it doesn’t stop there. The latest models include a two-way radio feature and a loudspeaker that can be heard over the loudest machinery. It even has a thermal image camera for a wide variety of working environments. All of their phones also include batteries way above the size to be found in “domestic” phones. They offer up to 2 days talk time and 45 days of standby for those times when charging isn’t immediately available. 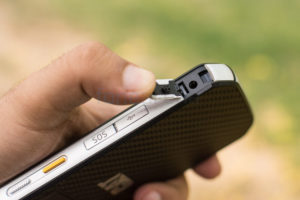 Not Just For work

But all these things don’t make any CAT phone unusable outside of the workplace. Although the designs clearly and necessarily indicate a high level of ruggedness they include pretty common features. They all run the Android OS, have dual high-end cameras, GPS, video recording and 4G connectivity. As well as everything else you’d expect from a modern phone. Indeed, the latest flagship, the S60, is a true smartphone, but CAT style.

A lockdown button is on all CAT phones to offer complete water ingress protection. On the S60 this means at a depth of 16 feet for 1 hour, far in excess of even the MIL-STD requirements.

There are lots of rugged phones available, and they will all help your phone survive beyond the normal bumps and scrapes of your working day. But nothing comes close to the CAT range of phones, which take rugged to new heights.