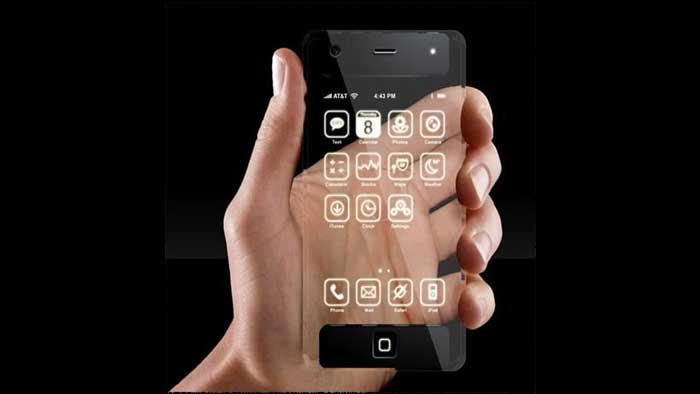 4G has now been around for quite a while, but we actually hear relatively little of 5G. So why is that? Given the ever-present demand for faster mobile data speeds and more bandwidth, why isn’t there also some sort of active campaign demanding to know when 5G will be available?

Part of the reason, actually, is 4G, and part is that there’s no such standard as 5G.

We never hear about 1G, because it didn’t really apply for most people. We’ll skip that one, then. 2G is when we started to see the first digital telecommunications networks based around GSM and CDMA standards. This allowed some limited browsing and email capability. It also improved texting and other methods of getting basic data from one phone to another.

When 3G arrived, it was like a door had been opened that we could all step through into a world of high speed mobile data. With a theoretical download speed of 21mbits (2.5MB) per second, suddenly websites were loading instantly. Except, they weren’t. Theoretical speeds are all well and good, but most 3G connections barely get beyond 5mbits/second. It’s usable, but it’s not fast enough for real world use today.

The actual 4G standard dictates speeds of 100mbits/sec when moving, and 1gbit/sec when stationary. Unfortunately, real world speeds are more likely to be between 15mbit/sec and 25mbit/sec. LTE (Long Term Evolution) was an implementation of 4G that wasn’t really 4G but which covered a lot of the required ground. It is compatible with 4G-ready devices to work properly, but is unable to get close to the theoretical (that word again) top speed of true 4G.

4G LTE is a term used by networks when they really mean LTE, and not actually 4G. They do this for the rest of us, because we all understand 4G enough to recognize it’s what we need.

What 5G Will Give Us

The delay in 5G hitting the streets is due to a lack of a confirmed 5G standard. In the meantime, mobile networks have extended the bits of the 4G standard they comply with, and are actually starting to get ever closer to that 1gbit/second promise. This takes some pressure off the need to get 5G implemented at a consumer level, which is just as well.

The speeds 5G will be capable of means it needs to operate at a very high frequency. The issue with high frequencies is that they also have short ranges. This means more cell towers, closer together. While this may not be an issue in most urban conurbations, in country areas it could mean lots of investment for not much return. Each tower, of course, requires a certain level of subscribers around it to make it pay. In rural areas, it’s possible that 1 tower might end serving just a few dozen people.

We’ll have to wait and see whether 5G ever reaches those places but, in the meantime at least, 4G is still very viable. It should also be noted that we don’t know what a 5G tower will look like. It’s entirely possible, given the proposed ways in which 5G will work, that transmitters will be a fraction of the size of existing towers. It might even be that boxes can be bolted to the sides of existing buildings.

In terms of speed, 5G promises almost unlimited data transfer rates. By operating at high frequencies, huge amounts of data can be transmitted in one go. We’re yet to see the results of real world trials, but hopes are high.

By now, we’re probably all used to seeing features on websites where we can check if our smartphone is 4G compatible. Most devices released in the last 4 or 5 years are, of course, and it’ll be a similar exercise when we start seeing 5G contracts being offered.

The upside for manufacturers and, hopefully, for the rest of us, is that 5G compatibility is much cheaper to build in than 4G. In addition, 5G networks are intended to allow connection by any kind of device, even low-cost, low-power devices. One of the purposes in this is to genuinely connect the world and everything in it.

One big issue with any wireless data transmission is latency, or lag. Latency can make some applications impractical, but 5G brings sub-1ms latency to our fingertips. This means much better VR and augmented reality, and even a much better implementation of systems for driverless cars. If you are in a driverless car, the last thing you need is a delay between the car in front hitting the brakes and your car doing the same. With 5G network speed and the very low latency, we might actually start seeing driverless cars instead of just vague promises about delivery times.

As we’ve seen with LTE, network providers will pull slightly sneaky tricks to get products to market faster than if they played by the rules. With 5G, it’s looking like the same thing all over again. We already know that the 5G standard hasn’t been finalized, and yet we already see AT&T and Verizon about to launch “pre-5G” devices. Their intention is that they will implement most of the already decided elements of the standard, and converge the rest of the details when they are known. It’s a potentially risky strategy, but we can only assume the two network giants have done their homework.

It is expected that the 5G standard will be finalized in 2018, with devices becoming available in early 2019. This ties in with announcements from primary smartphone chip provider Qualcomm. The makers have said their 5G modem technology will be incorporated into chips by 2019. Above that, we’re not really sure. In theory, 2019 can be as many as 23 months away or it can be as little as 11 months. Either way, it’s certain that the likes of Samsung and Apple will be looking for firm chip delivery dates. Designing the Apple X3 and Galaxy S25, or whatever, will take time, so they will surely bring pressure to bear. With what 5G promises, it’s also likely that we’ll see major revolutions in both iOS and Android. There’s no doubt plans are afoot to exploit what the 5G networks can do.